Production bugs are painful and can severely impact a dev team’s velocity. My team at Outbrain has succeeded in implementing a work process that enables us to send new features to production free of bugs, a process that incorporates automated functions with team discipline.

Why should I even care?

Let’s describe one of the scenarios happen once a bug reaches production:

How to stop bugs from reaching production

To catch and fix bugs at the most time-and-cost efficient stage, we follow these steps, adhering to the several core principles:

Create the design before coding: try to divide difficult problems into smaller parts/steps/modules that you can tackle one by one, thinking of objects with well-defined responsibilities. Share the plans with your teammates at design-review meetings. Good design is a key to reducing bugs and improving code quality.

The code should be readable and simple. Design and development principles are your best friends. Use SOLID, DRY, YAGNI, KISS and Polymorphism to implement your code.
Unit tests are part of the development process. We use them to test individual code units and ensure that the unit is logically correct.
Unit tests are written and executed by developers. Most of the time we use JUnit as our testing framework.

To help ensure and maintain the quality of our code, we use several automated code-analysis tools:
FindBugs – A static code analysis tool that detects possible bugs in Java programs, helping us to improve the correctness of our code.
Checkstyle –  Checkstyle is a development tool to help programmers write Java code that adheres to a coding standard. It automates the process of checking Java code.

We all know that code reviews are important. There are many best practices online (see 7 Ways to Up-Level Your Code Review Skills, Best Practices for Peer Code Review, and Effective Code Reviews), so let’s focus on the tools we use. All of our code commits are populated to ReviewBoard, and developers can review the committed code, see at any point in time the latest developments, and share input.
For the more crucial teams, we have a build that makes sure every commit has passed a code review – in the case that a review has not be done, the build will alert the team that there was an unreviewed change.
Regardless of whether you are performing a post-commit, a pull request, or a pre-commit review, you should always aim to check and review what’s being inserted into your codebase.

This is where all code is being integrated. We use TeamCity to enforce our code standards and correctness by running unit tests, FindBugs validations Checkstyle rules and other types of policies.

Check if the system as a whole work. Integration testing is also done by developers, but rather than testing individual components, it aims to test across components. A system consists of many separate components like code, database, web servers, etc.
Integration tests are able to spot issues like wiring of components, network access, database issues, etc. We use Jenkins and TeamCity to run CI tests.

Check that each feature is implemented correctly by comparing the results for a given input with the specification. Typically, this is not done at the development level.
Test cases are written based on the specification, and the actual results are compared with the expected results. We run functional tests using Selenium and Protractor for UI testing and Junit for API testing.

This environment is often referred to as a pre-production sandbox, a system testing area, or simply a staging area. Its purpose is to provide an environment that simulates your actual production environment as closely as possible so you can test your application in conjunction with other applications.
Move a small percentage of real production requests to the staging environment where QA tests the features.

Deployment is a process that delivers our code into production machines. If some errors occurred during deployment, our Continuous Delivery system will pause the deployment, preventing the problematic version to reach all the machines, and allow us to roll back quickly.

All our new components are released with feature flags, which basically serve to control the full lifecycle of our features.  Feature flags allow us to manage components and compartmentalize risk.

There are two ways to make our release gradual:

Both methods allow us to monitor and track problematic scenarios in our systems.

We use the ELK stack consisting of Elasticsearch, Logstash, and Kibana to manage our logs and events data.
For Time Series Data we use Prometheus as the metric storage and alerting engine.
Each developer can set up his own metrics and build grafana dashboards.
Setting the alerts is also part of the developer’s work and it is his responsibility to tune the threshold for triggering the PagerDuty alert.
PagerDuty is an automated call, texting, and email service, which escalates notifications between responsible parties to ensure the issues are addressed by the right people at the right time. 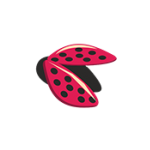 All in All,
Don’t let the bugs fly out of control.