How Publisher Operating Systems Will Help Save the Business 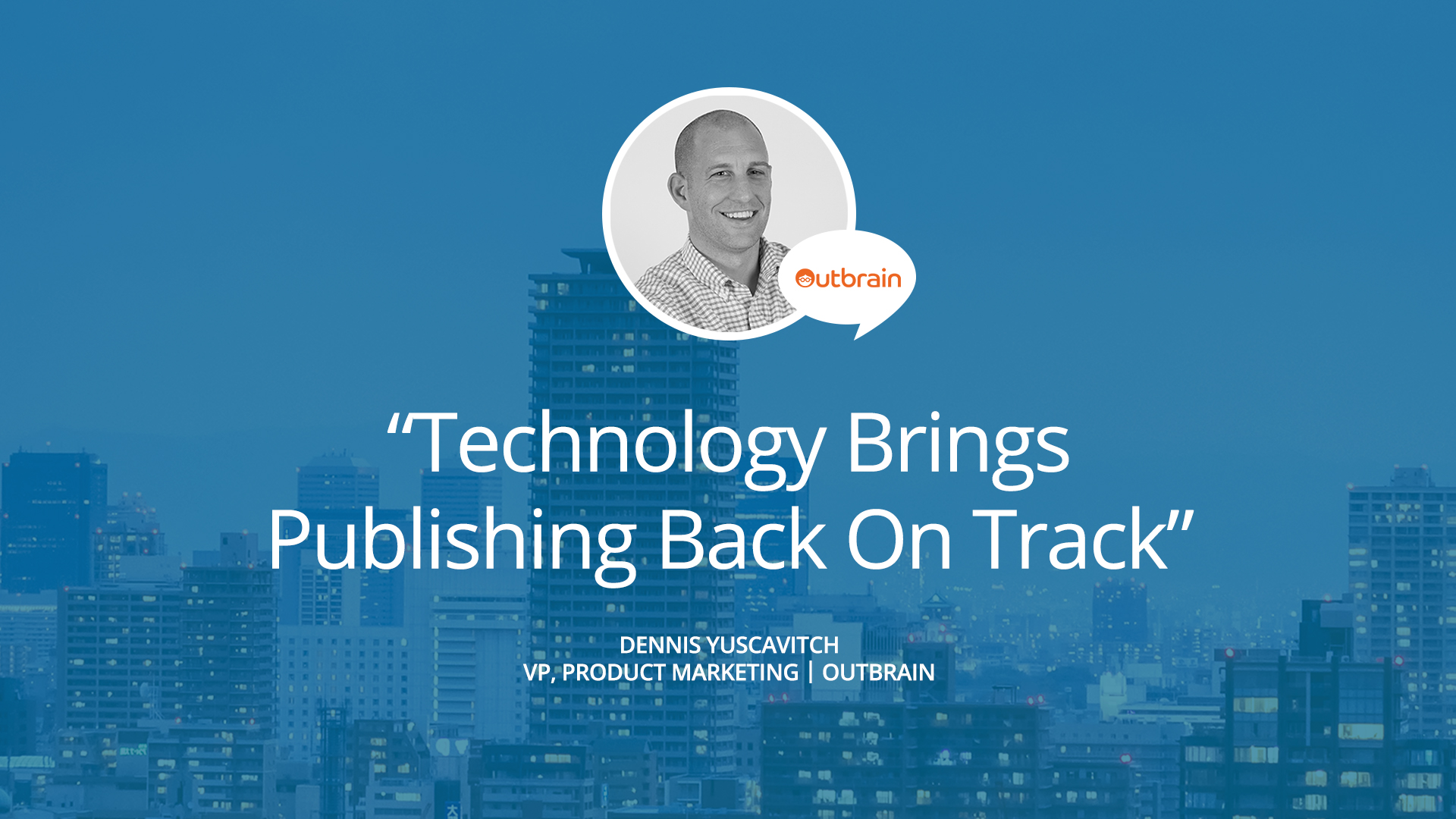 Publishers are constantly battling for ad revenue and readership and unfortunately, over the past 14 we’ve seen many of these newspapers in the U.S. fold. I recently shared my thoughts in an article that originally ran this month in Digital Content Next about how the publishing business can be helped by employing an end-to-end tech solution. Below is the full article for your review. I hope you enjoy the read and look forward to your thoughts on what I’ve written:

It’s a brutal time to be in the news publishing business. One troubling example is that, between 2004 and 2018, more than one in five American newspapers folded. However, I believe that publishing can be saved, and that one promising new technology may play a leading role in bringing publishing back: the publisher operating system.

To help explain what the publisher operating system is and why it’s so crucial, let’s back up to understand what’s driven the current struggles and decline. It’s a story of a centuries-old industry upended by technology. It is also one that I believe technology can fix.

The publishing business is a discovery business, and it always has been. For centuries, readers have flocked to sources like newspapers and magazines to learn new things, understand their world—and, of course, to find new ideas to entertain and delight them.

For most of publishing history, much of that discovery business was dominated by a handful of regional newspapers and magazines. Whether they covered a small neighborhood, a city, or an entire state—the logic was the same. The publications hired journalists and editors to create content for discovery-hungry audiences. At the same time, they invested in operations and technology, like ad sales teams, printing presses and other infrastructure, to fund the business and distribute their information.

Of course, creating and distributing all that content presented heavy fixed costs—which raised the barriers to entry in a given media market. The high cost of doing business gave most publishers monopolies (or sometimes duopolies or triopolies) in their respective markets. Readers had one or two publications they loyally subscribed to and read—and through which advertisers could reach them. All of this served to fund the journalists and editors who kept readers engaged and informed.

The internet changed all of this. Now, between push-button publishing and programmatic advertising, readers, even those in local markets, have a vast array of outlets to choose from to discover new content. As a result, advertisers have an endlessly-expanding number of outlets through which to reach those audiences. And regional publishers are getting squeezed out of the equation. Close to 200 American counties lacked a local paper in 2018. That’s not just bad news for publishing businesses. Ultimately, it hurts journalism and communities.

Not that struggling publishers are taking the changes sitting down. Instead, they’re pursuing lean, efficient operations in a vastly more competitive era. They’re in a constant battle to recapture the ad revenues and readership they’ve lost, and to cut down heavily on fixed costs. To keep those costs down, many publishers have been forced to downsize content teams. They lay off journalists and editors while trying to diversify their revenue stream away from advertising into ecommerce, subscriptions, memberships, and experiential events.

In the short term, investing less on the content side may be many publishers’ only choice. However, this approach also means de-funding the very content that draws audiences and justifies higher ad prices. In other words, many publishers are caught in a vicious cycle: commoditization forces them to slash the very assets that set them apart.

That’s the state of much of the publishing industry today. It’s a situation that cries out for a tech solution. Rather than cutting editorial teams, publishers ought to be able to streamline operations and maximize efficiency. And this is an objective that software and automation ought to be able to meet.

Unfortunately, software solutions have been hard to come by. Outside of content management systems, meaningful offerings are few and far between. Instead, publishers have been forced to struggle with disjointed tech stacks on the advertising side of the house, and dismal offerings for managing subscription businesses. They’re left to support costly IT integrations across systems—and resource-heavy manual labor when systems don’t integrate. That’s hardly promising for a struggling industry that critically needs efficiency gains.

Recently, however, things have changed. In 2016, the Washington Post brought its in-house publisher solution, Arc, to market. Last summer, Vox Media introduced its own in-house publisher platform, Chorus, as well. More than just piecemeal offerings, these are true end-to-end solutions. They help publishers manage the full range of news publishing operations—from ad sales, including a built-in ad network; to subscriptions; to content management; to community management. In other words, they’re full operating systems for publisher’s businesses.

An end-to-end solution is exactly what it will take to give publishers the efficiency they need. And judging from their success in the market, these OS’s have clearly struck a chord. “Combined,” Digiday reports that “the two platforms reach nearly 1 billion unique users every month across more than a dozen countries around the world.”

Given the success of the two leading players, it wouldn’t be surprising to see other market entrants as well, and the birth of a full-fledged publisher OS sector. That’s good for local news businesses, and local news. The increased efficiency from OS’s are likely to free news organizations to focus less on business operations, and more on editorial content and journalism. For the struggling regional news business, that’s good news indeed.

Dennis Yuscavitch has spent the last several years creating and launching new product, most recently with Outbrain as Director of Product Marketing.