What is Programmatic Advertising? How does it Work? 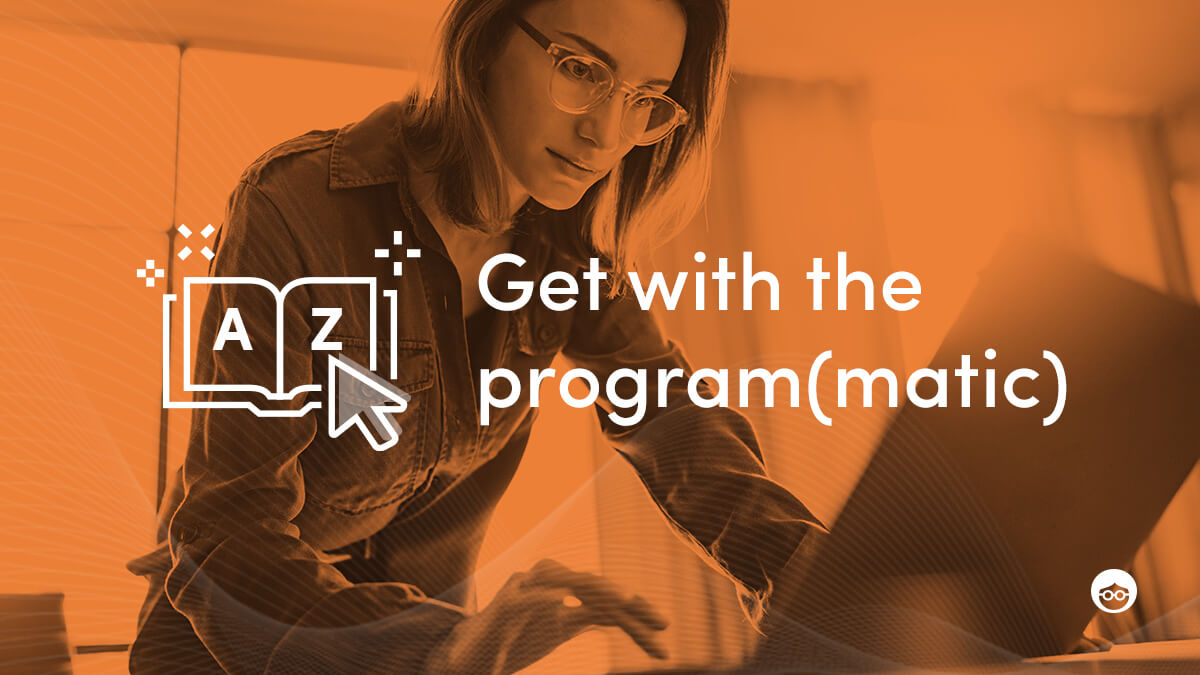 In order to understand programmatic advertising, it’s helpful to go back to the basics of ad buying. And what better place to start than the award-winning TV series Mad Men, centered around the fictional Madison Avenue ad agency, Sterling Cooper, when copywriter Paul explains the media buying department to new secretary Peggy.

“That’s the whole shakedown actually. They don’t sell ideas or campaigns or jingles. They sell media at a 15% markup.”

Of course, there is a whole lot more to advertising than just buying media space. But there’s no doubt that ad buying is – and has always been – the key to the business.

No matter how creative or brilliant the ad, placement is the only way it’s going to be seen by the intended audience. Therefore, buying the best ad space at the best price and targeting it to the right audience, is the whole shakedown, really.

Fast forward to the 2020s, and there’s a new media buying kid on the block: programmatic advertising.

Automated, complex and computerized, it’s a far cry from ad buying in the Mad Men era. Let’s take a look at what is programmatic advertising, and how it works.

Programmatic advertising is defined as the automated buying and selling of online advertising space. But actually, it’s much more than that.

The market for digital advertising space is run by ad exchanges, who operate computerized auctions that bring together both parties of the transaction:

Programmatic advertising takes the entire process to a new level. It uses algorithmic software that handles the sale and placement of digital ad impressions via ad exchange platforms – in a fraction of a second.

How does programmatic ad buying work?

Here’s the programmatic buying flow in a nutshell:

Despite the many steps involved, this entire process happens in an instant. What’s more, the competing bids are calculated by algorithms and a host of analytics to automatically determine the most cost-effective bid.

For example, if the user who clicked on the website is a strong potential customer for your ad, based on their historical surfing data and online profile, the bid served for your impression will be higher.

What is a Demand-Side Platform (DSP)?

In every purchase of online ad space, there are two sides: the buyers (advertisers) and the sellers (publishers). Each side uses a computerized platform to facilitate the transaction on the ad exchange: publishers use Supply-Side Platforms (SSP) and advertisers use Demand-Side Platforms (DSP).

In the world of digital media buying, you’ve probably come across the concept of Real-Time Bidding, or RTB.

RTB, is just one type of programmatic advertising. While static auctions for online ad space involve the purchase of thousands of impressions upfront, RTB enables bidding for individual ad impressions, which makes it much more focused than bulk ad buying.

What are the benefits of programmatic advertising?

Programmatic advertising supports multiple ad exchanges and networks, which gives advertisers access to far more ad space on thousands of websites at once. Advertisers can advertise at scale at affordable prices and with no extra work.

Programmatic advertising gives advertisers and publishers real-time access to data about ad placements and activity, which helps to maximize transparency. The next step is achieving transparency in programmatic costs, which is a key issue facing the industry.

CTR is not a KPI. It doesn’t matter how many clicks you get – if they are not turning into conversions, all the clicks in the world won’t count for much. Programmatic advertising supports advanced targeting, such as interest targeting and lookalikes, to help advertisers reach high-quality audiences at scale.

Programmatic exchanges provide access to real-time data and advanced reporting about ad placements and performance, so advertisers and publishers can optimize campaigns quickly and accurately at scale.

Programmatic ad buying gives advertisers access to a massive ad inventory across multiple ad exchanges and networks with a click of the mouse, including premium inventory and private marketplaces with high-quality traffic. With programmatic, advertisers can make sure to maximize the relevancy of their ads for specific targeted audiences and improve ROAS.

Is programmatic the future of marketing?

When it comes to programmatic, the future is already here. Programmatic advertising spend is increasing every year, and is expected to be used for the vast majority of display advertising within the next year or two. In the US, nearly 88% of display ads in 2021 are forecast to be bought programmatically.

How much does programmatic advertising cost?

Programmatic advertising works on a CPM (Cost Per Mille), or Cost Per Impression, model. CPM is the price per 1000 ad impressions that appear on a website. Programmatic ads CPM is usually believed to cost somewhere between $0.50 and $2. Certainly, programmatic CPM is far cheaper than other platforms, such as social media networks where CPM can go as high as an average $6-$7.

In fact, the cost of programmatic advertising depends on multiple factors and parameters. Check out this calculator from the IAB to help calculate programmatic fees.

How to integrate programmatic into your marketing mix?

Due to the reach and scale of programmatic advertising, it’s a very effective way to boost brand awareness among high-volume audiences. If you are focusing an ad campaign on the consideration/ awareness stage, you might want to consider using programmatic to spread your message. With the help of more advanced programmatic ad formats, like native ads and video ads, you can engage audiences even more effectively.

How to get started with programmatic?

For newbies to programmatic advertising, the best place to begin is by getting educated. Watch webinars, listen to podcasts about programmatic, and network with colleagues about best practices.

Once ready to get started, begin with developing your audience personas, advertising strategy, and KPIs. This will help you in your research about which programmatic ad exchanges and ad networks are right for you.

One more thing: just before you dive into programmatic advertising, take our quiz and test your skills. Let’s go programmatic!

Moran is Outbrain's SEO Manager. He spends his days leveraging Outbrain's online assets to maximize search engine visibility. As an SEO, he’s always on the lookout for new search engine features and innovations, with the aim of having every trick up his sleeve to conquer new SERP real estate. His motto: “It’s not me who's asking, it's Google! I'm only spreading the gospel!” 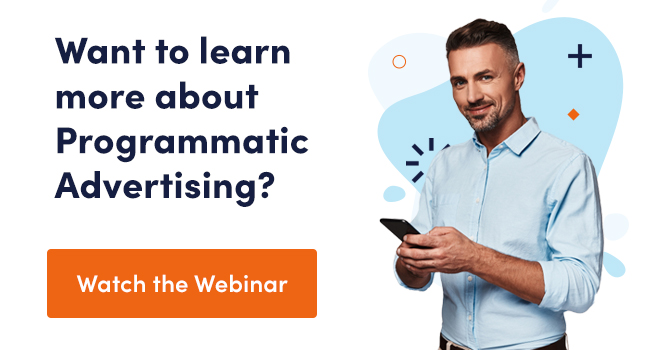