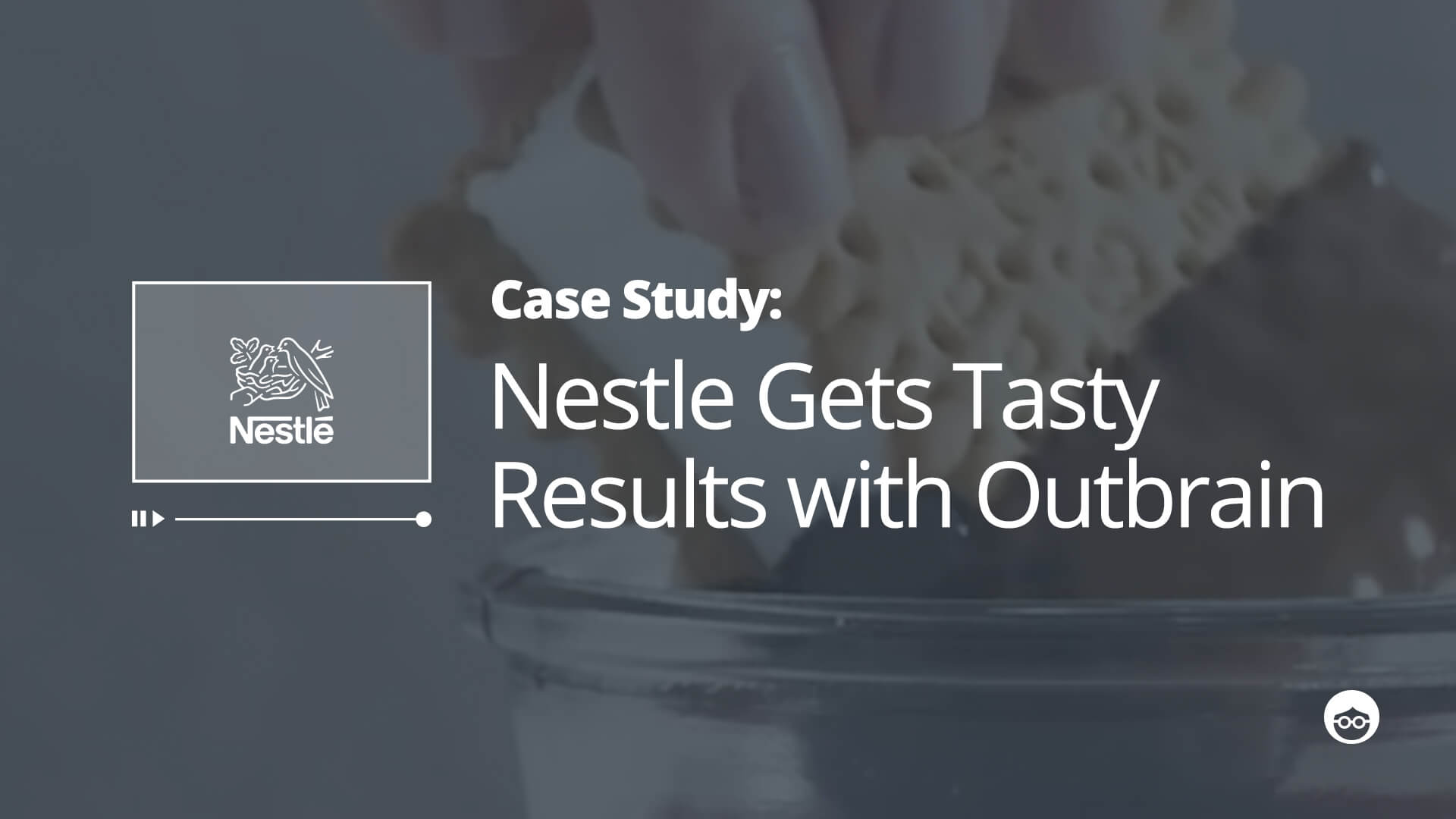 In Israel, Nestle markets Petit Beurre, a shortbread-style biscuit that is a favorite in baking and dessert recipes.

The video was promoted on Outbrain via the FOCUS Click-to-Watch video platform, as well as on YouTube and Facebook.

A key feature of FOCUS, compared to other native video platforms, is the “Click-to-Watch” approach, rather than the usual “Click-to-Skip.”

In order to view the video, users have to actively click to watch. This means that their intent, from the outset, is to engage with the video.

Today’s audiences have short attention spans. One of the challenges of a native video is getting the brand story across in just a few seconds. The FOCUS solution changes all that.

The Nestle campaign shows that when viewers choose to watch, they are primed for a longer, deeper video experience.

FOCUS gave Nestle a platform to showcase its Petit Beurre brand in a longer video that was relevant and entertaining. This is clear from the results: 64% of viewers watched 75% of the video.

Long videos aren’t a turn off; on the contrary, when the audience is engaged, longer videos work better to support a strong brand message.

Creating and distributing great video content is just part of the story. Another ingredient in the success of the Nestle campaign was the targeting.

Using Amplify’s targeting toolkit, the Nestle video was served to an audience whose authentic interests matched those of the campaign. For example, people who love baking, nostalgic foodies, and those searching for recipes were the main target audience.

Want to see the full summary of the case study? Click here

Sophie is the head of marketing APAC & EEMEA at Outbrain. She is a Global Brand Strategist, Co-Founder, and Entrepreneur with over 15 years of experience with a measurable track record of creating successful online and offline strategic branding concepts, product lines and events, each time finding the brand story that inspires action and create a strategy to meet ambitious new growth goals. She shares a passion for innovation, a curious mind, and expertise in defining business initiatives and plans, adapting to a changing business and technological landscape.