When Less is More: The Latest from the New York Times and Honda 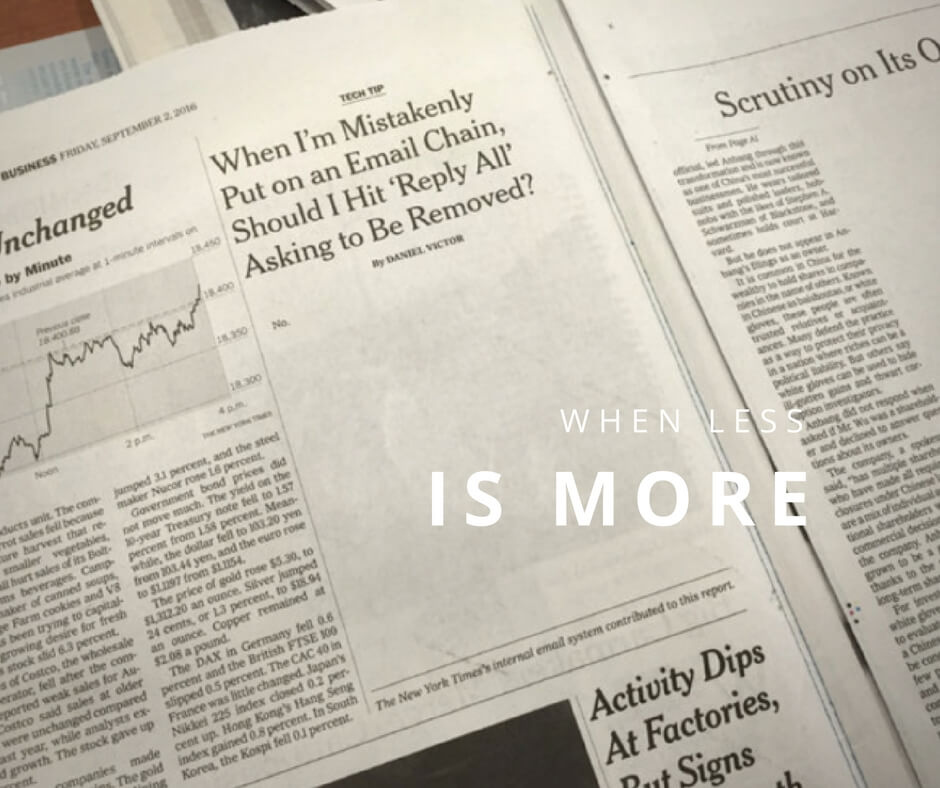 The world’s shortest New York Times story inspired me to write this post.

This new 18-second video from Honda Canada is a “sequel” to Honda’s “Cog” from 2003, one of the most famous car ads of all time.

There’s something so powerful about one word or a very short film, like this one. It ignites your imagination, makes you think, and reveals a bigger story.

The power of minimalism.

P.S. You can read more about the New York Times story here.