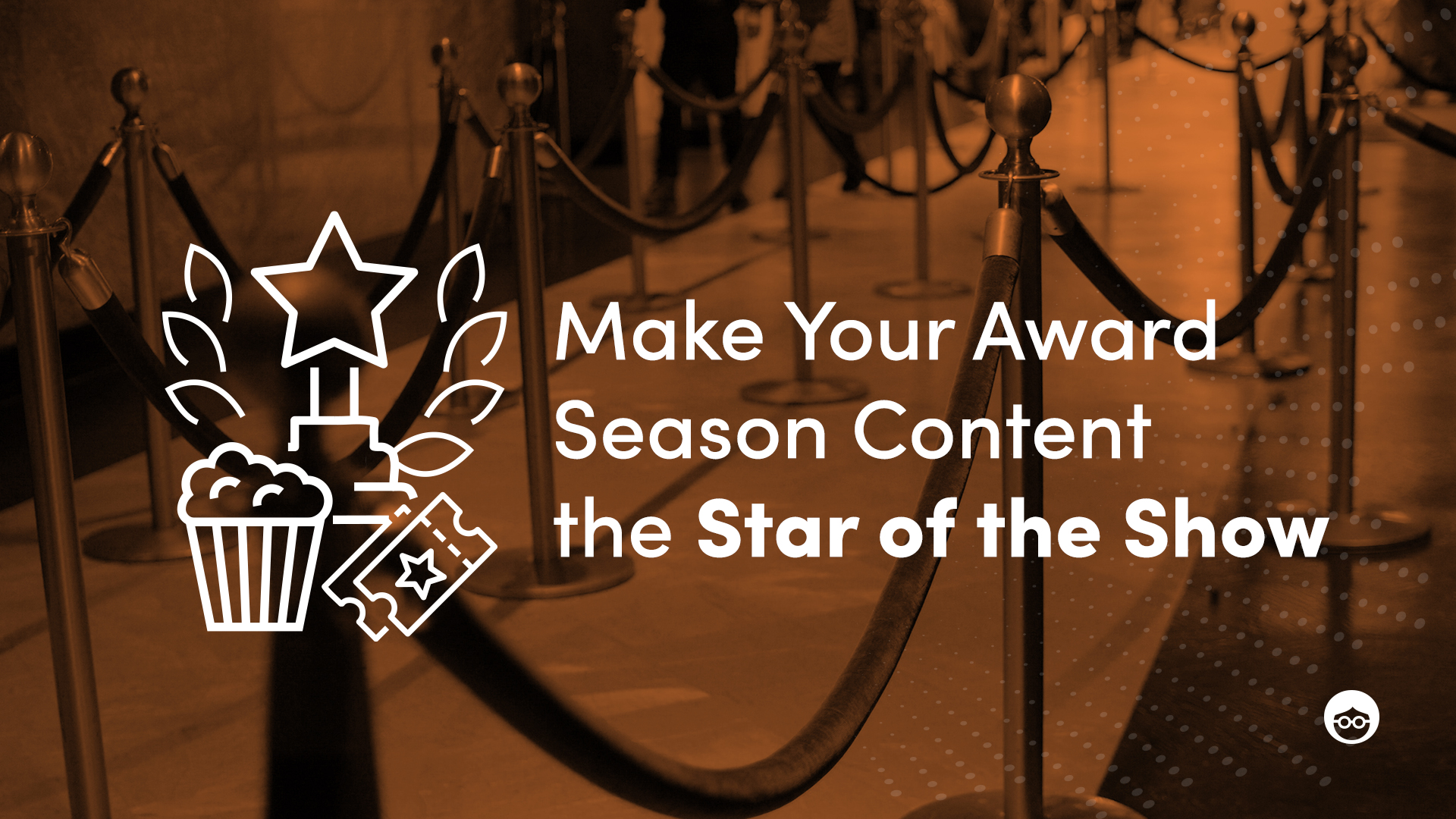 Today, it’s much more likely you’re scrolling through recap articles online the following day at work. As the number of households with cable subscriptions is shrinking, almost as quickly as our attention spans, having a strong digital presence during award season is more important now than ever before.

According to Adweek, two out of three awards show fanatics consume content about nominees prior to the show, while three out of four seek recap photos, videos, and articles online. And Outbrain is the perfect way to get your unique content in front of these fans, during all phases of the content consumption cycle.

Last year, the Academy Awards flooded the Outbrain network with the most ads of all award shows; however, content pertaining to the Golden Globes had CTRs almost double that of the Academy Awards. See below for last year’s breakdown in full. 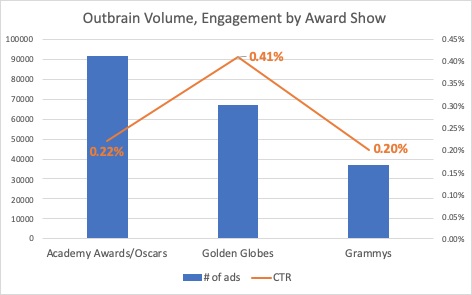 Looking to stand out amongst the competition? Take a look at these seven tips to make your award season content the star of the show:

Don’t Be Afraid to Namedrop

For the most part, people interested in seeing a complete list of winners or a full recap of the night will proactively search for it. However, Outbrain is unique in the sense that it allows for content discovery, providing consumers with experiences they didn’t know they were looking for.

Take advantage of this opportunity by honing in on memorable moments from the event, and breaking them out into their own pieces of content. For example, someone may not necessarily be invested in who won the awards, but could be a huge Lady Gaga fan and engage with your content solely based on the fact that it’s about her.

Expand your potential reach by creating content about multiple well-known celebs, shows, movies or songs and including two or more in a single headline!

Take Advantage of the Not-So-Glamorous Moments

As Outbrain’s universal headline best practices state, negative keywords outperform positive ones, and award show season is no exception to the rule.

Try promoting content that calls out the most unexpected moments, unforgettable style choices, and actors or shows who didn’t win. This negative phrasing will both grab readers’ attention and differentiate your ad from the more traditional, cliché phrases in headlines pertaining to the event.

Remember: Defamation and misleading headlines are against Outbrain’s content guidelines, so don’t get carried away, please!

Distinguish your creatives from the rest by providing the consumer with something they can’t get elsewhere. One way to go about this is by using ad images where the celebrities in the photo aren’t necessarily just posing or smiling directly at the camera.

Test variations where the celebs are looking to the side, laughing, making a unique facial expression, and speaking on stage or in conversation, as these are often more visually interesting. 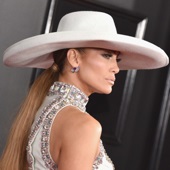 Pair these images with headlines that also include an element of surprise, and you’re golden! Phrases such as “head-turning,” “daring,” dramatic,” and “iconic” brought in some of the highest engagement last award season.

Write Headlines with a Shelf Life

Based on Outbrain data from the last award season, the majority of content starts to lose traction within four to ten days of the event itself.

Adweek reports that one in three entertainment fans consume red-carpet content digitally on a weekly basis, so the demand is certainly there year-round!

Start running pre-show content a few weeks leading up to the event to gain momentum, so you’re set up for peak performance when the show premieres.

Award shows provide a breadth of topics to create content about. Try combining one aspect of an award show with an interest that might appeal to a completely different audience.

Give fashion-lovers the chance to shop dupes of all their favorite nominees’ outfits, or give history buffs the opportunity to test their knowledge on Grammy winners from years past.

There are countless angles you can take, and it’s critical to remember that reporting on the facts of the event is just one of many!

Take this a step further by leveraging Outbrain’s “By interest” reporting, to see what kinds of things your current audience is interested in, and create content inspired by those topics. From there, duplicate your run-of-network award show campaigns into campaigns explicitly targeting those interests.

Less (People) Is More When It Comes to Images

Since award show content is very visual, your ad image plays a huge role in whether or not a consumer decides to engage with your content.

Honing in on a recognizable individual or duo allows for the consumer to more quickly comprehend who and what the content is about at first glance. Successful images in this realm are typically medium to wide that highlight the individuals’ facial expressions with strong contrast and vibrant colors.

Everyone Cares About Award Shows – Use That to Your Advantage

English-language speakers and US-based consumers aren’t the only ones interested in what goes down during award shows. While streaming is possible in many countries outside of the States, there are also heaps of countries where it isn’t, meaning people will be relying majorly on the Internet to bring them up to speed.

After acquiring Ligatus in February, Outbrain now powers over 54 billion monthly page views across the world’s most premium publishers, websites, and apps, of which the US makes up less than 25%.

Additionally, Univision broadcasts the Latin Grammy Awards in November and Premio Los Nuestro in February, both of which honor the best of Latin music. Combined, the two shows generated more social interactions than the Golden Globes last year! Consider creating and promoting Spanish-language content about these shows to garner even more engagement on top of your traditional award show coverage.

Award season is going to be here before you know it, so what are you waiting for? Get inspired, get creative, and get amplifying!

Rachel is a content-obsessed Customer Success Manager, working with publisher Amplifiers to surpass their performance goals on Outbrain.