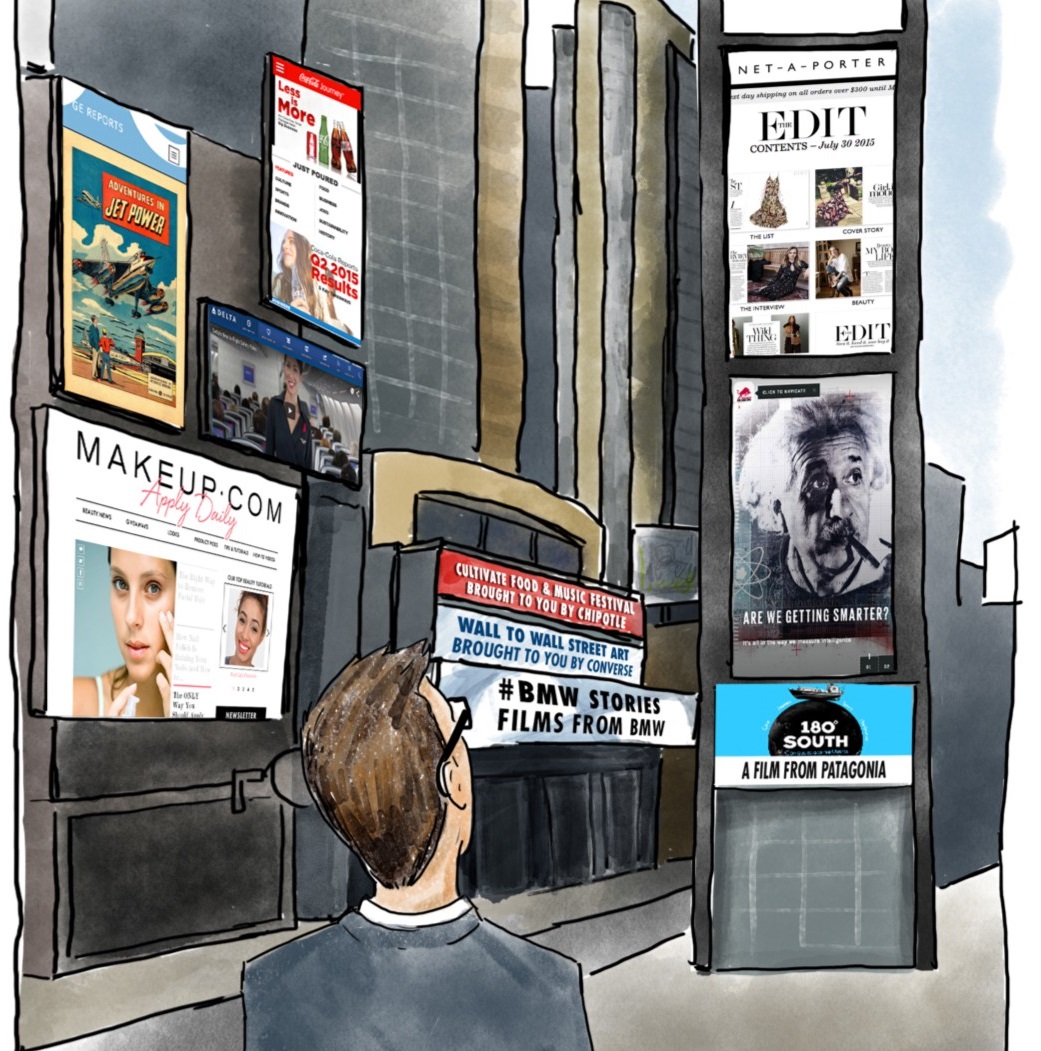 More accurately, I did a Google News search on Advertising Week 2015 and wasn’t terribly surprised at what I found. I suspect you won’t be, either. Whether you attended Advertising Week or not, you’ve probably been reading about its main topic of discussion for weeks now, with presumably no end in sight. 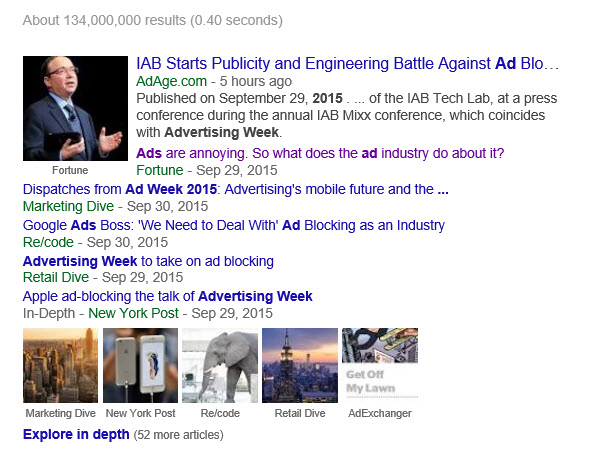 Ad blockers have inspired a range of reactions, from despair and anger over the impact they’re having on revenues, to wistful introspection that maybe this is a teachable moment for the industry, and that ads simply need to be better.

The irony is that, after ad blocking, probably the next biggest news items to come out of Advertising Week involved Google and Facebook launching new ad products that seek to make advertising more aggressive and more traditional, respectively.  If advertising is in danger, no one told either company.

So is advertising in danger? That depends on how you define what constitutes advertising now — not to mention its future.

At present, banners are the most vulnerable to ad blockers, and they’re arguably not even the most intrusive or hated ads (and indeed you suspect that if ad blocking was just relegated to a format consumers have ignored for years anyway, maybe the anxiety wouldn’t be as palpable as it is now). No, what has publishers and advertisers really worried is the fate of video ads, they’re most valuable assets, and possibly, the most annoying to consumers.

In the current environment, a video ad like Honda’s “Paper” has even more resonance, then.

Here is an ad that, like most ads, is really about how great the advertiser is. Yet it has millions of shares. Why?

Well for one, it’s not very ad-like — at least not in the way users have become accustomed to. There’s no talking (something it shares in common with Apple ads, which are also well-regarded and frequently shared). There’s no cloying flavor-of-the-week song aimed at enticing millennials. It’s animated. It’s artful. And at nearly two minutes, it’s a mesmerizing experience. As content worthy of sharing, it works. As pre-roll skipped after 5 seconds or blocked entirely, it would be something of a tragedy for people not to see it.

In a more overt display of a user-first ad model, Netflix recruited Wall Street Journal to make the stunning Cocaineomics, a six-part microsite tricked out with videos, motion graphics, cutting-edge design, and a Spanish-language companion.

What discerns Cocaineomics from a similarly well-researched, well-crafted story on the Wall Street Journal? Budget, essentially. As the patron, Netflix, for at least the second time this year, has demonstrated how good the Internet could be when the ads funding the “real” content are just as good, or in Cocaineomics’s case, better, than straight-ahead editorial.

And this kind of content marketing is still in its infancy. Not three years ago, its most (in)famous example was a poorly disguised advertorial from the Church of Scientology. Imagine where it will be three years from now?

So really, maybe advertising isn’t in danger so much as bad advertising is. However you feel about the ethics of ad blocking and the next steps required to deal with it, one thing is certain: it’s kick-starting a cycle of creative destruction the industry’s put off for a long time.