When we made our list of the best native ads of 2014, we noted that while overall quality had improved from the year before, transparency, authenticity and editorial value continued to be problematic.

The 2015 crop continues the progress made last year, with most publishers clearly labeling their native ads as “sponsored” and really stepping up the production value.

Naturally, there are growing pains. Discoverability is still an issue. Outside of coverage in the trades or a very specific Search, these native ads can be hard to come by, which seems at odds with their imagined purpose. And some still veer too heavily into self-promotion that can make for an awkward experience, or else they can be too modest and fail to establish a meaningful connection between brand and content at all.

The balance of hitting brand objectives with topics an audience actually wants to know about is a delicate one, but one that these collaborations are starting to achieve more frequently. These 5 entries represent some of the best progress we’ve seen.

5. A Race Through Time

Produced by Forza and Mashable 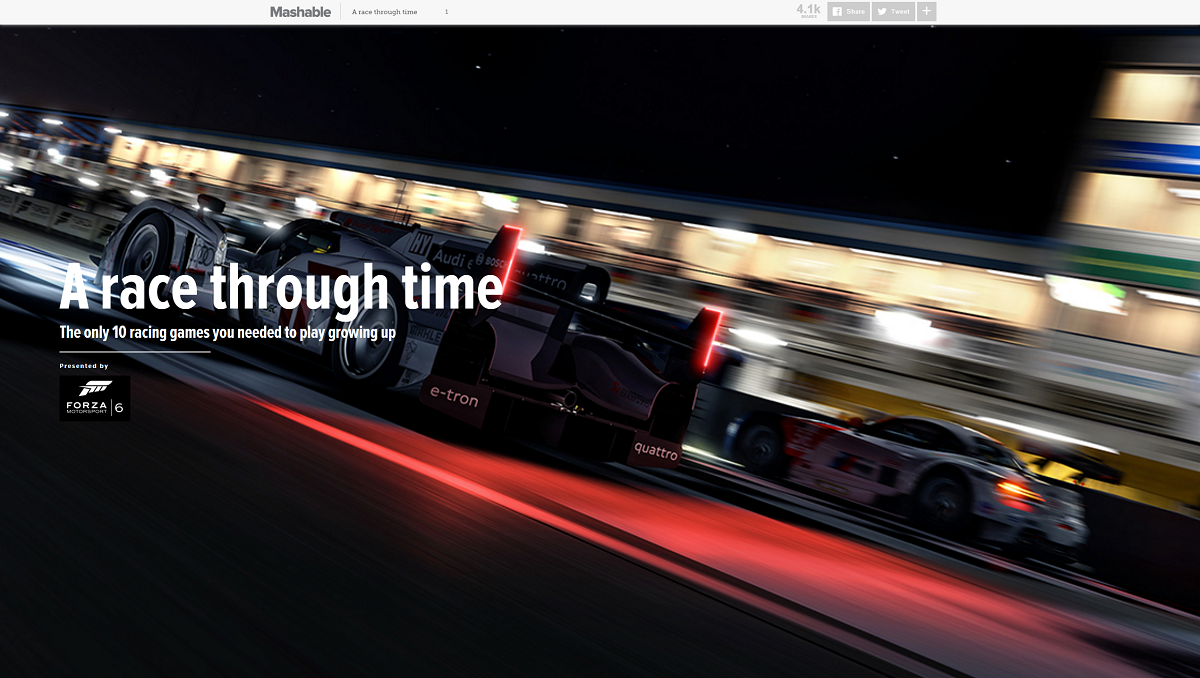 “A Race Through Time” doesn’t escape the self-promotion label unscathed, but it does score points for self-awareness.  The description of the game in the top spot (which happens to be a Forza title) is priceless:

When you set aside the nostalgic biases and the reasons older games couldn’t accomplish more, Forza Horizon 2 is objectively the most masterful piece of console racing that the world has ever seen. Bar none.

If that’s not a clever dig at native advertising, what is? The real treat, though, is that “A Race Through Time” is the only entry on this list that does capitalize on 90’s nostalgia in a way that’s fun, clever, and worthy of discussion (at least among gamers). And as far as brand objectives go,  it re-contextualizes Forza as a more than Motorsports brand; it’s a pop-culture phenom.

Produced by IKEA and The Telegraph 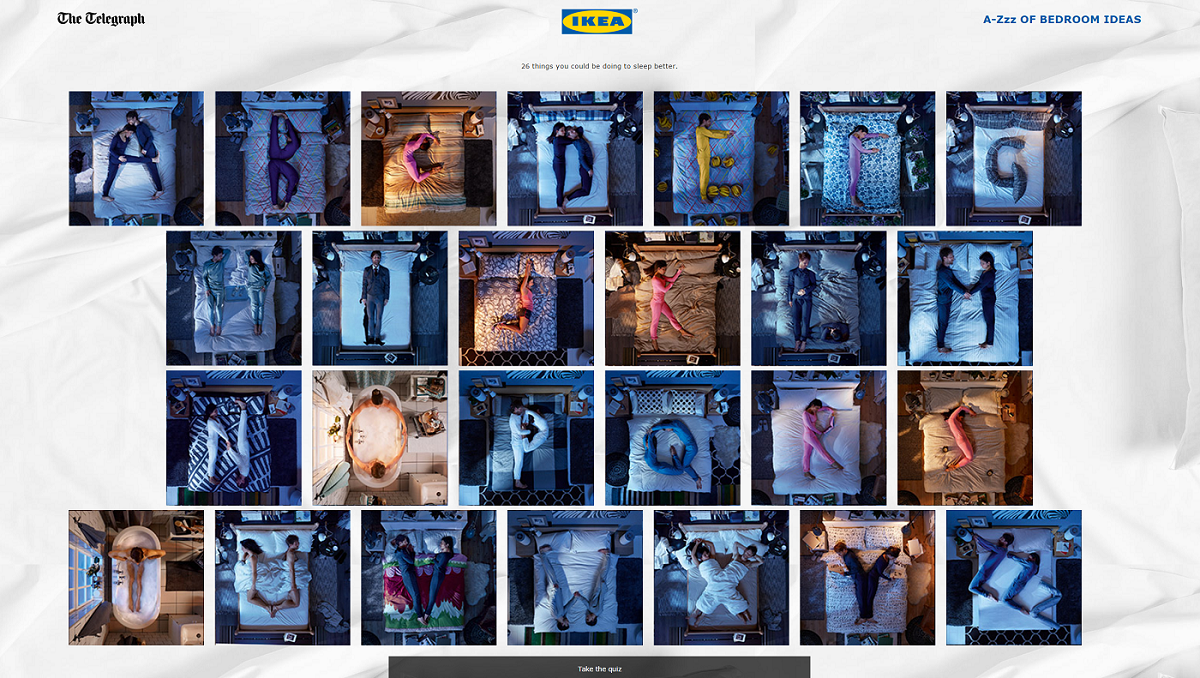 Foregoing the vertical format typical of this category,”The A-Zzz of Bedroom Ideas,” wasn’t the only native experience to cover the topic of sleep this year, but it was certainly the most fun. When the tips aren’t directly applicable, they hint at IKEA solutions that can help solve your sleep problem, yet the product integration is so light it’s far from off-putting. Quite the opposite; it extends the ethos of the IKEA catalog, one of the most distinctive marketing assets in the world. It’s a great example of a brand using the format effectively to continue a story it’s been telling for years, rather than try to reinvent the wheel.

Produced by Bleecker Street Studios and The New York Times 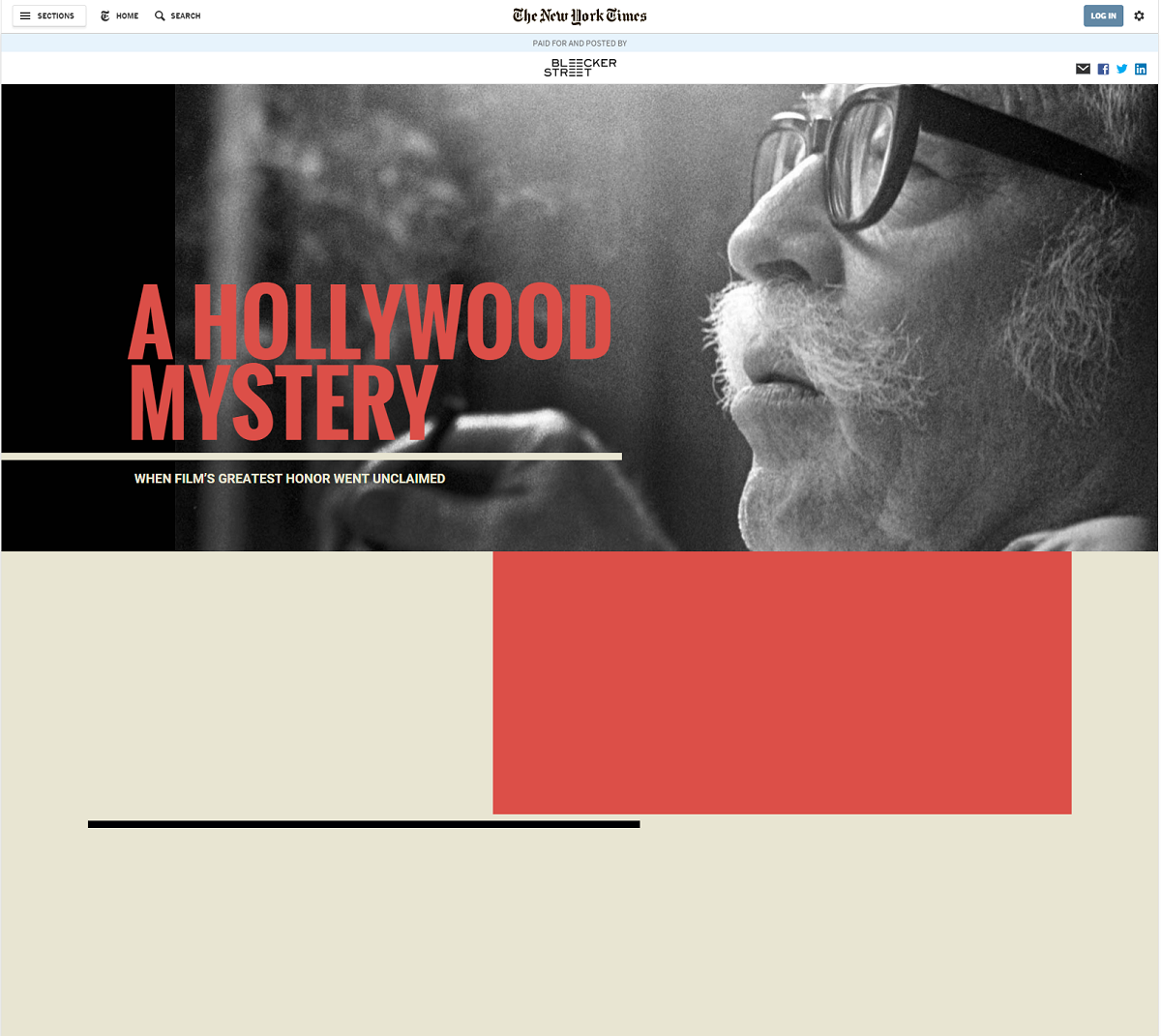 What’s significant about this entry is that it comes from the film world, which, up to this point, has been lightly represented in this category (one of the other notable examples being the Times’ paid Alan Turing story used to promote The Imitation Game last year). Used to generate interest in the movie Trumbo, starring Bryan Cranston as a blacklisted screenwriter, “A Hollywood Mystery” further illuminates a semi-obscure chapter in Hollywood history that is no doubt of interest to the Times audience. You could easily imagine it as a feature in the Arts section.

Only at the end of the experience is the audience invited to a watch a featurette for Trumbo and actually buy tickets to the movie directly from the page. Ordinarily, we might frown on selling like this in a field where duplicity has been an issue at times, but it’s done in an entirely unobtrusive way and is tasteful enough to come at the conclusion of a great experience, rather than interrupt it. The fact is, advertisers are likely to expect opportunities to drive meaningful actions like this if they are to keep investing in native advertising. This is an example of that opportunity handled tastefully.

Produced by Xerox and The Atlantic 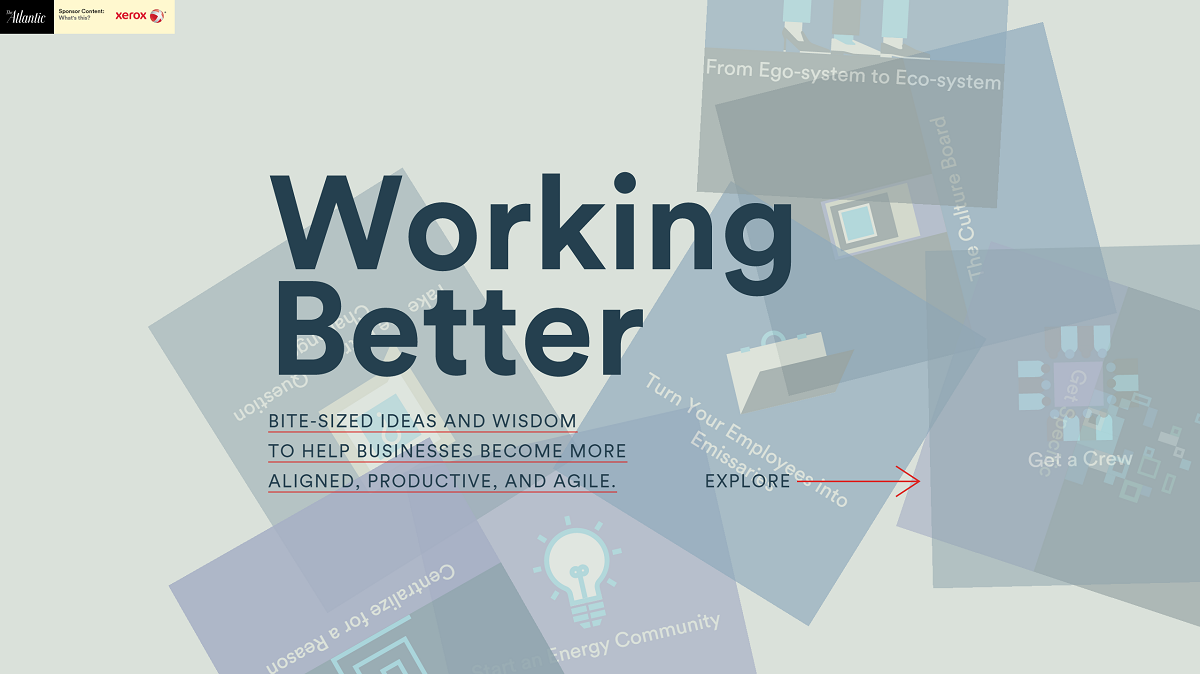 In our top B2B spot is “Working Better,” which is notable for the way it engages audiences up front and subtly illustrates Xerox’s leadership position. Upon entering the experience, you’re asked which topic is of interest to you: Alignment, Productivity, or Agility. This not only comes off as considerate on the part of Xerox, it essentially articulates, in three words, Xerox’s potential value to your business. And it’s all wrapped in actionable insight.

Each industry seems to have a default sponsored content setting that can make one ad indistinguishable from the next. In Business and Tech, that tends to show up in articles like”How x is changing the future of y.” Xerox shrewdly avoids that cliché and comes up with an experience that’s all the better for it.

Produced by Netflix and The Wall Street Journal 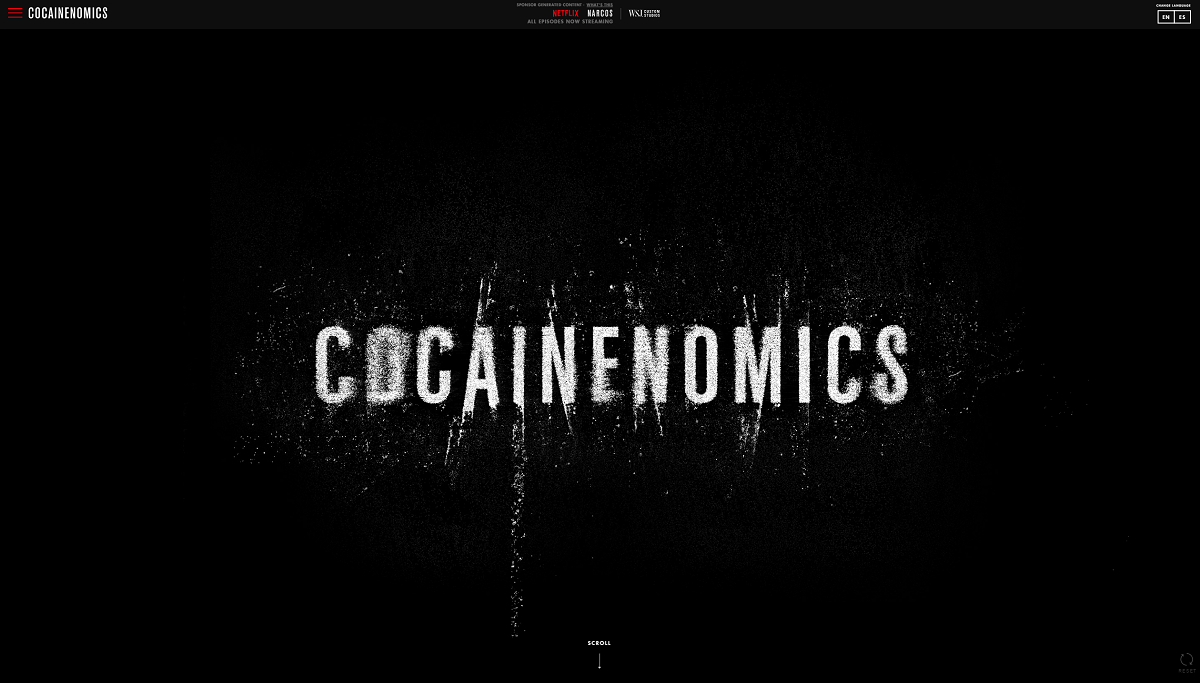 In our initial review of “Cocaineomics,” we noted that it set a number of new standards. While its rich combination of motion graphics, video and textual content is becoming the norm, the alignment between topic, brand and the publisher’s audience is hard to beat, not to mention the other tricks “Cocaineomics” has up its sleeve. A Spanish language option. Recommended reading. Modular sharing. Enough information to justify a table of contents. A quiz that’s more like an exam. And clever use of clips from the show Narcos that feel more like dramatic re-enactments in a documentary than product hawking.

“Cocaineomics” is no fluke. It continues a native hot streak for Netflix that includes last year’s winning ad and represents major progress for the category. And in working with a range of publishers and achieving uniformly impressive results, Netflix effectively steps up the pressure on its next collaborator (not to mention any other brand/publisher collaborations in native) to deliver an experience better than the last. For that reason alone, you could make the case Netflix is single-handedly elevating native advertising via sponsored content into its own art form.

We look forward to seeing how the art form evolves next year.