Victoire! How France Won the Trophy, And the Internet: World Cup 2018 Data Insights 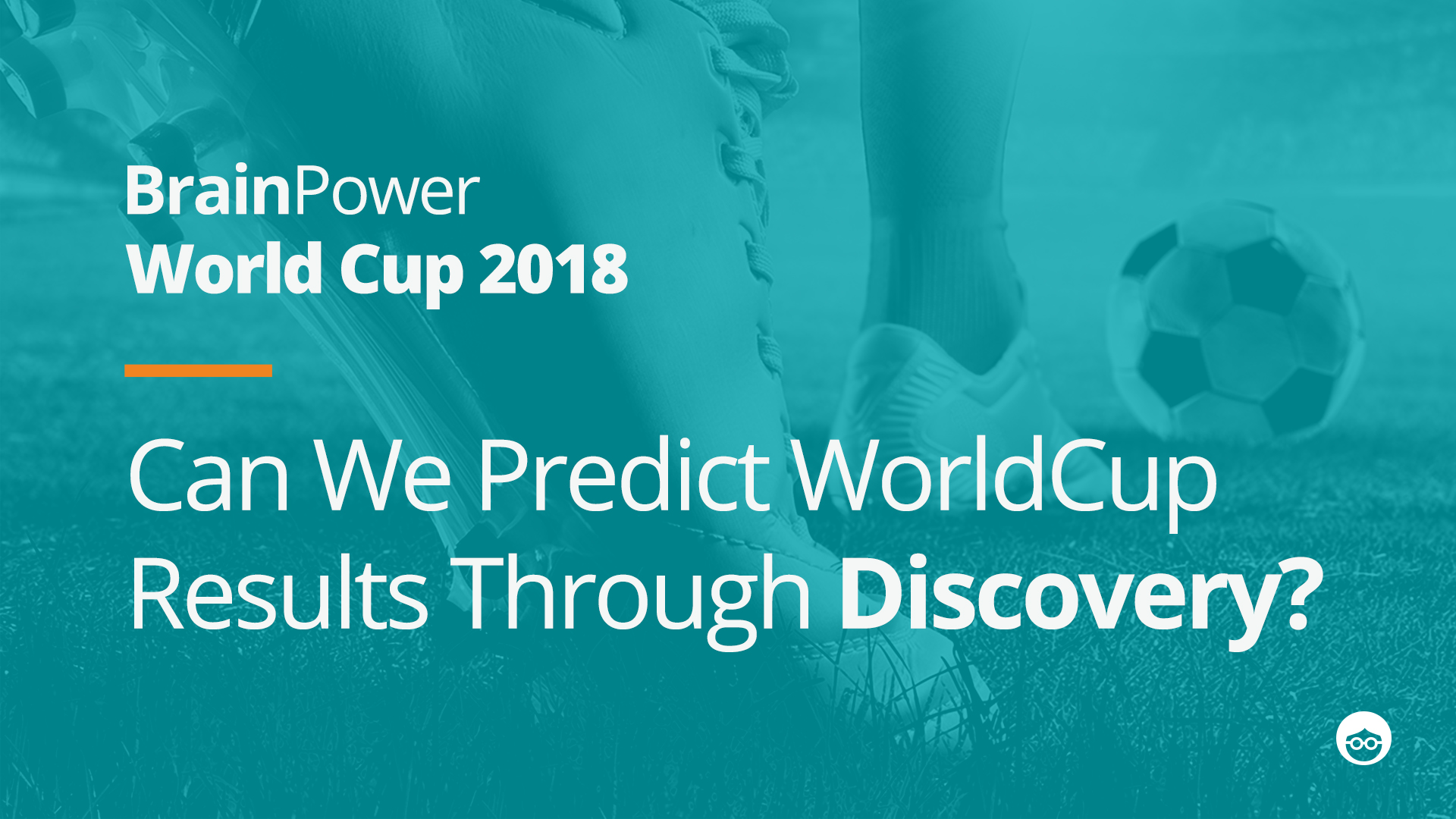 After a month of thrills and suspense, sweat and tears, disappointments and triumphs, it’s officially come to a victorious end. The FIFA World Cup 2018 has its winner, and — amidst a hot summer downpour — France raised the trophy following its successful face-off with Croatia.

Now that the cheerings’ faded, the bets are off, and the trophy has found its new home for the next four years, we’re diving in again to get a complete roundup of World Cup-driven data insights.

What were the unbeatable keywords? Who were the favorite players? When and how did people consume World Cup-related content? In the battle of France vs Croatia, what happened on the vast playing field that is the internet?

Let’s compare what Outbrain’s Brainpower data has to tell us about online behavior in the UK, and in the winning country France, during World Cup 2018:

To Mobile or Not to Mobile: How People Were Browsing

In the UK, mobile took a hit during the World Cup, as the least popular platform for content consumption. In both the UK and France, tablet was the winner, probably owing to the mobile portability combined with the larger sized screen, which makes for more comfortable surfing.

On the other hand, desktop was popular in the UK, whereas in France, it was the least used platform during World Cup month.

💡Takeaway: People want to see the World Cup, and they will ditch their mobile phones to do it! Keep this in mind for the next big TV-focused event!

Engagement? All. Day. Long. (With a Few Strategic Peaks)

In the UK and France, people were consistently and highly engaged throughout the day, from as early as 8am until 10pm.

In the UK, people checked the latest World Cup news first thing in the morning, and then again at lunchtime, with peaks in the category at both these times.

In France, the highest engagement was also in the morning, but then only in the evening, at 6pm and 10pm. When the UK is starting to switch off in the evening, France is revving up.

💡Takeaway: The World Cup is consistently engaging. It’s a great month for content exposure. This is key to remember for big future sporting events, like the Women’s World Cup next year, or even the 2020 Olympics.

What Else Were World Cup Fans Reading?

There was little overlap between referring content categories in the UK and France. In the UK, people read most in the ‘Outdoor’ and ‘Weather’ categories, which is not surprising during the summer. ‘Science’ was also a popular category for the Brits. 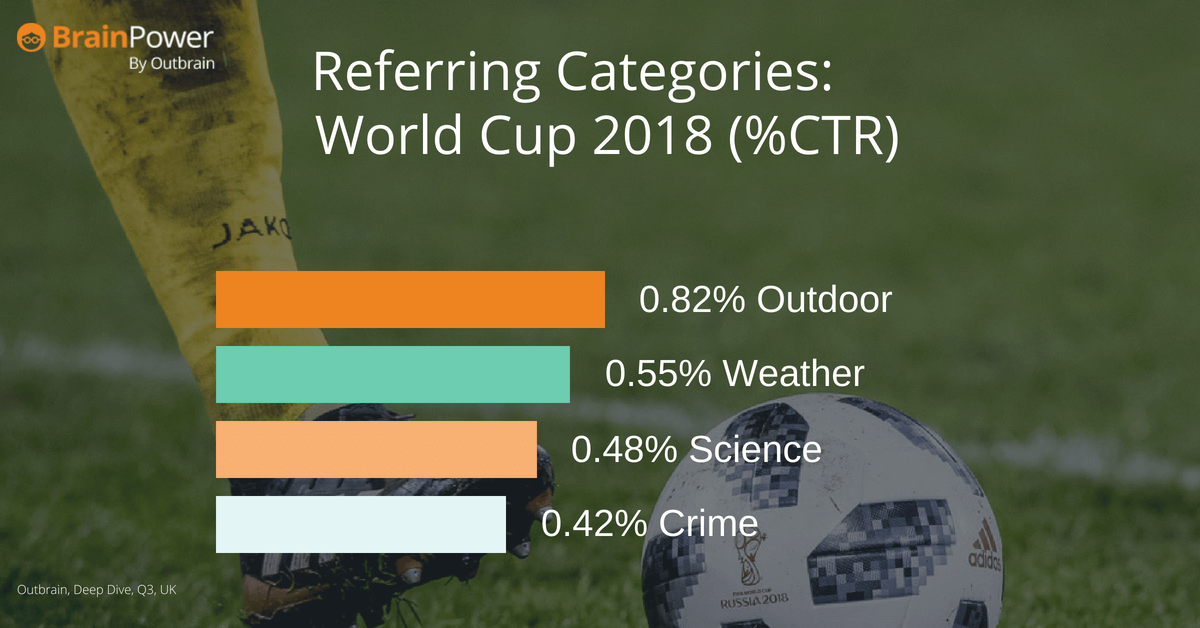 In France, ‘Science’ content just scraped into the top 5 categories, while ‘Celebrities’ was the most popular content category by far, trailed by the more staid ‘Management’ category, and only then by the predictable ‘Soccer’ category. 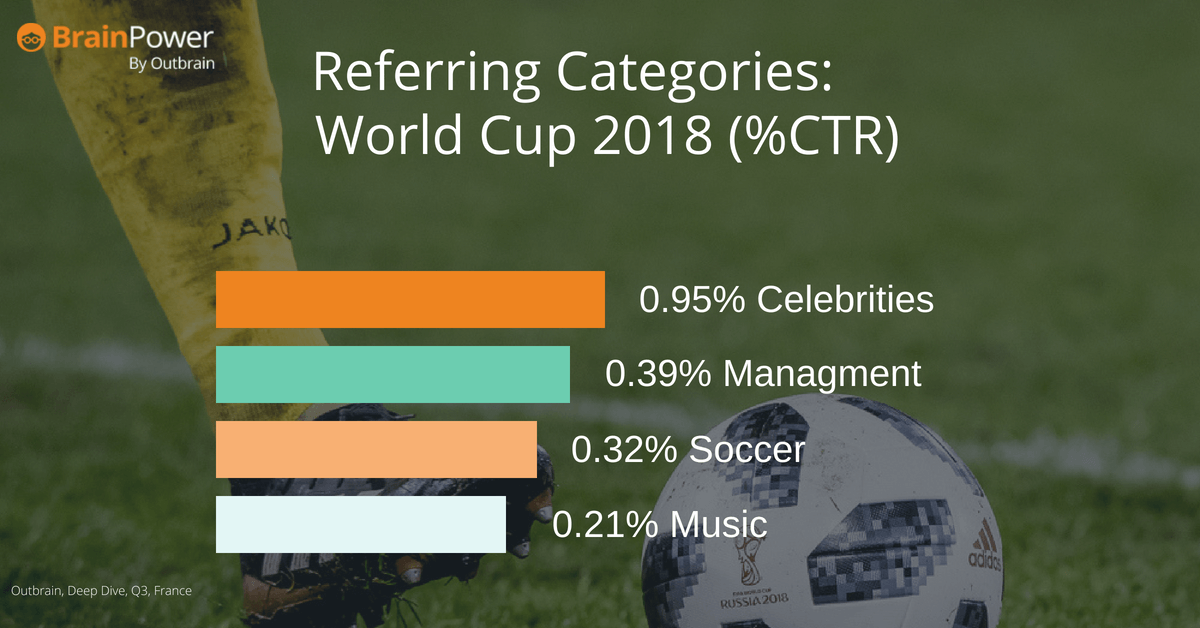 💡Takeaway: Make sure to promote your native ads in popular referring categories to get the best CTA during future World Cup and other major events.

The Words that Drove the Clicks During World Cup

In the UK, ‘Maradona’ was the most clicked keyword in ad headlines on Outbrain’s network. 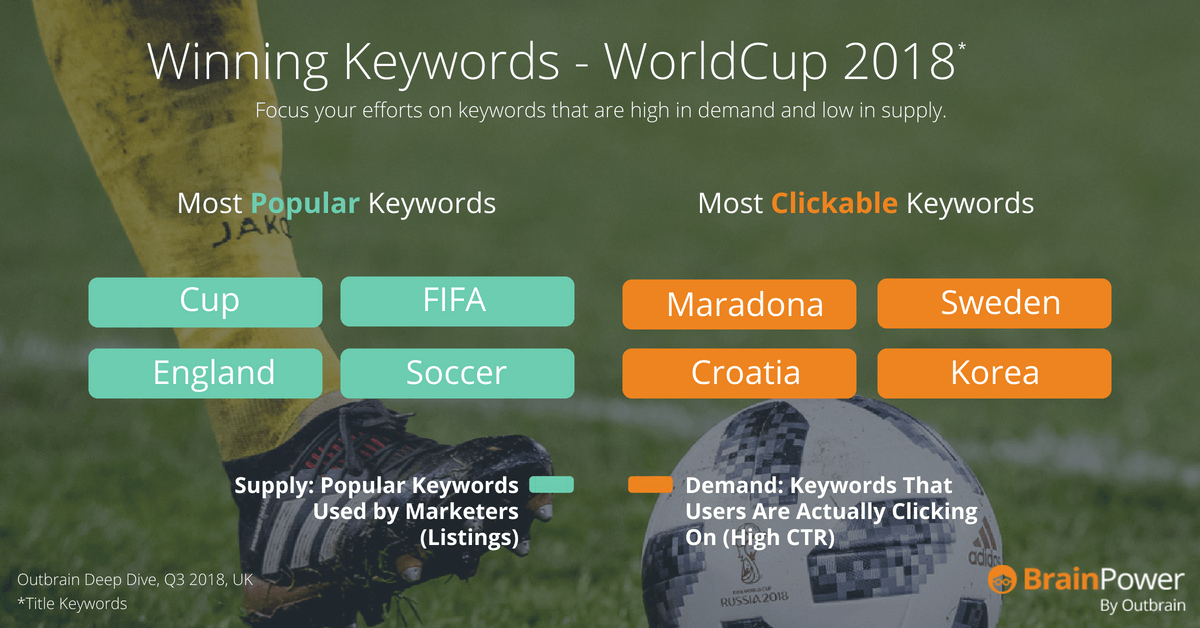 In France, the soccer superstar came second, after ‘FIFA’. 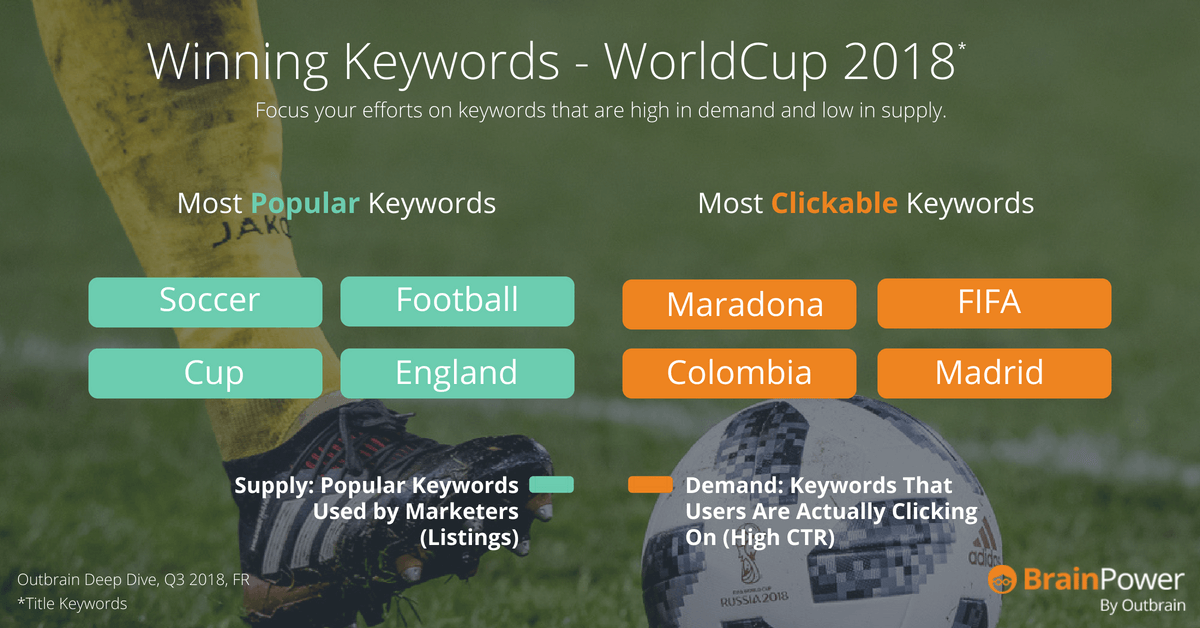 💡Takeaway: We’ve seen this before in other data dives: people tend to click on keywords that are more specific and focused, such as a famous personality, a particular team or country.

The Final: Watching the Game, Surfing at Halftime

During the final between France and Croatia, traffic on Outbrain’s global network saw two significant spikes: 20% at halftime, and 15% at the final whistle. 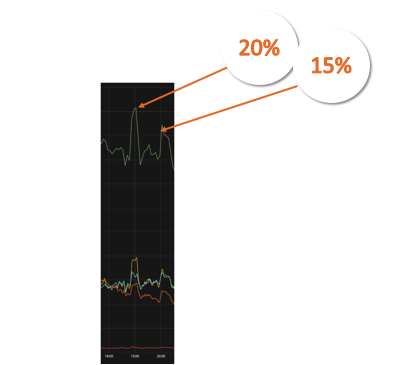 💡Takeaway: When the game was playing, people were glued to their TV screen. But when the players were off the field, the viewers turned to the internet. Fascinating!