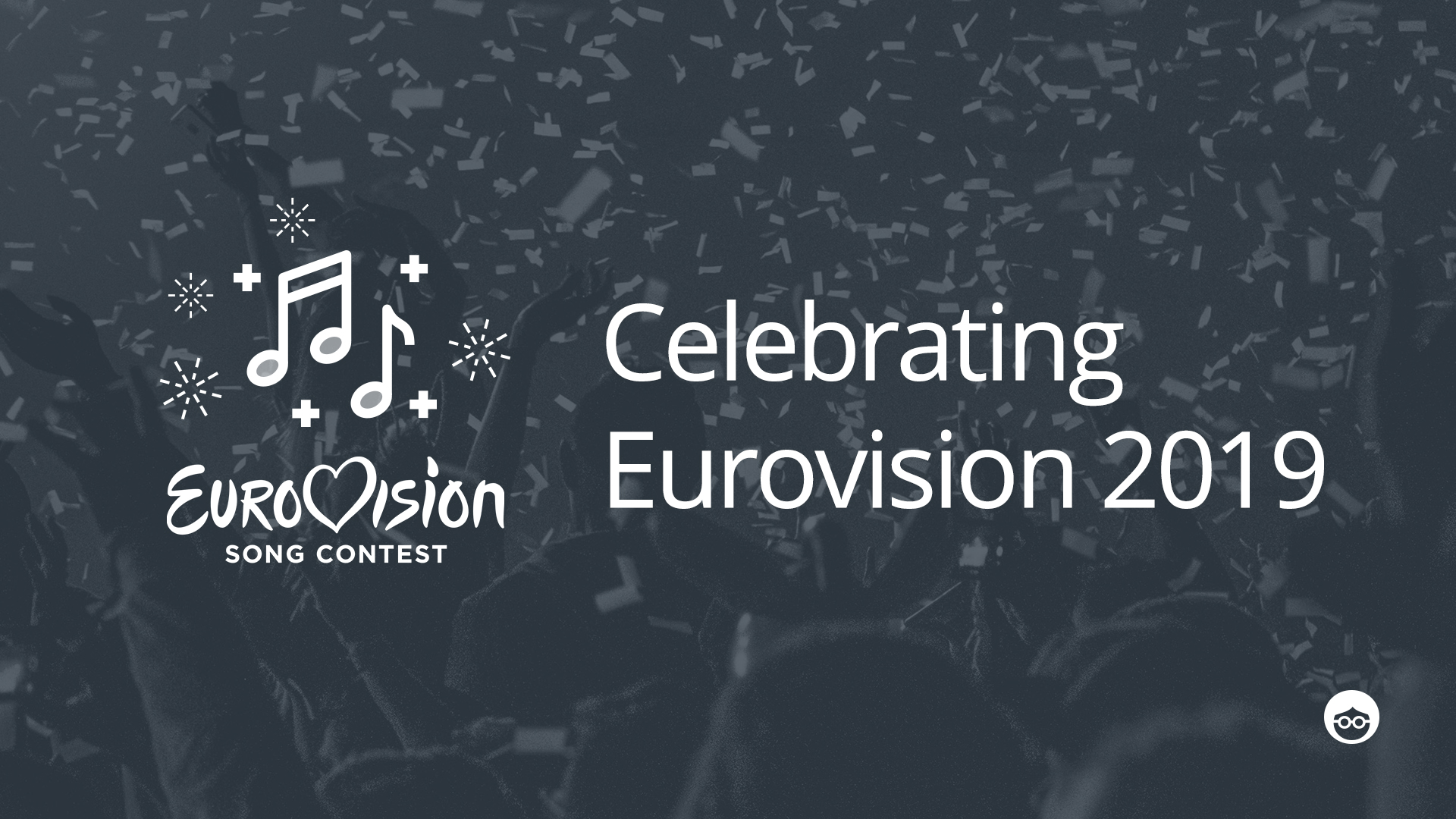 It’s nearly here – the Eurovision Song Contest 2019, which will take place in Israel, is set to begin in mid May. This year’s Eurovision is close to all our hearts here at Outbrain. Last year’s winner, Netta Barzilai, became an Israeli pop sensation when she brought home the trophy, and this year’s Eurovision will be hosted in her home country – Israel – which is also home to Outbrain’s R&D headquarters!

And here’s another reason why we are so excited at Outbrain. Last year, in the leadup to the 2018 Eurovision contest, Outbrain created a content discovery campaign to promote the video clip of Netta’s song entry “Toy” via Outbrain’s FOCUS “click to watch” video advertising platform.

Netta’s music video was promoted on the Outbrain network in 5 countries – France, Spain, UK, Italy and Germany – and was seen by an estimated 1 million to 4 million people in each country. The campaign was a total success, and not just because Netta won the contest! The view rates were outstanding:

50% of people who saw the video watched for at least 45 seconds,

What’s more, France and Spain, the two audiences who had the most views of the Outbrain-promoted video, each awarded Netta 12 points, the highest possible score.

We’re recapping some of the data from the Outbrain network during last year’s Eurovision to see how you can leverage the online buzz and boost your native ad campaigns in Eurovision 2019. But before we get into it…

Here are 5 fun facts about the 2019 Eurovision in Israel:

Now, let’s dive into the Outbrain data from the period leading up to and during last year’s Eurovision Song Contest:

When were people online in the leadup to the Eurovision?

During Eurovision mania, the click-through rates of content on the Outbrain network were pretty steady during the day. There was a noticeable rise in the evening hours, and the peak was at 10pm. Consider promoting your content during the periods that show higher CTRs.

What were the most popular keywords before the Eurovision?

The popular keywords chosen by marketers were “winner”, “song” and “contest”. These differ slightly from the keywords that were clicked on by users the most – the most clickable keywords were “odd”, “winner” and “final”. (The keyword “toy” was also popular last year, obviously due to Netta’s song.) You may want to experiment with popular keywords in your headlines to see how they perform for you. 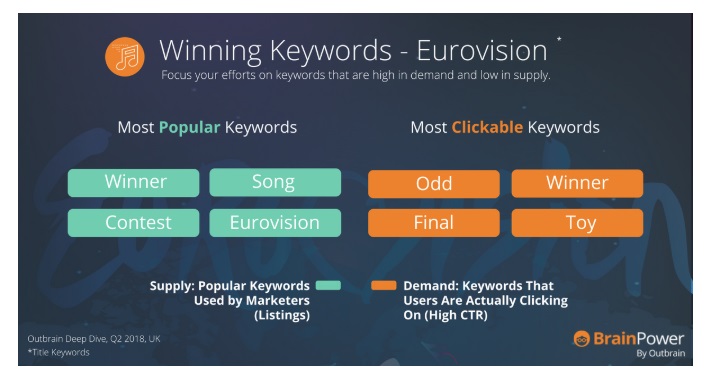 What were the most popular categories that provided referring traffic before the Eurovision last year?

The highest CTRs came from Lifestyle and Sports-related categories. Specifically, content in the Education and Relationships categories performed well. In sports, Martial Arts and Tennis were high referring categories. (Last year, the Madrid Tennis Open was around the same time as the Eurovision, which explains the popularity of the Tennis category.) When planning your content themes around Eurovision time, take last year’s popular referring categories into consideration.

In the weeks before the Eurovision, what devices were people using most to browse online?

Mobile was the most popular device for users in the leadup to Eurovision, but the highest CTR goes to the tablet, with average CTR rates of 0.49%. Desktop was the second most popular device after mobile, but CTR rates were lower. Make sure your Outbrain content is suitable for mobile and tablet too – it will help engage users on these devices.

Last year, as the final round of the Eurovision got closer, there was a steady uplift in online activity on the Outbrain network. On the night of the final contest, we saw an amazing peak – 43% uplift in online activity when everyone tuned it to check out who would be the winner. Take advantage of online peaks in advance by planning your campaign around known high-traffic times.

Like the royal baby, and other exciting national and global events, you can leverage the online buzz to get more from your Outbrain campaigns. All it takes is a bit of forward planning and some help from Outbrain’s Brainpower data. Go for it, and may the best song win the Eurovision!

Want to check out how Outbrain FOCUS video solution can work for you? Click now