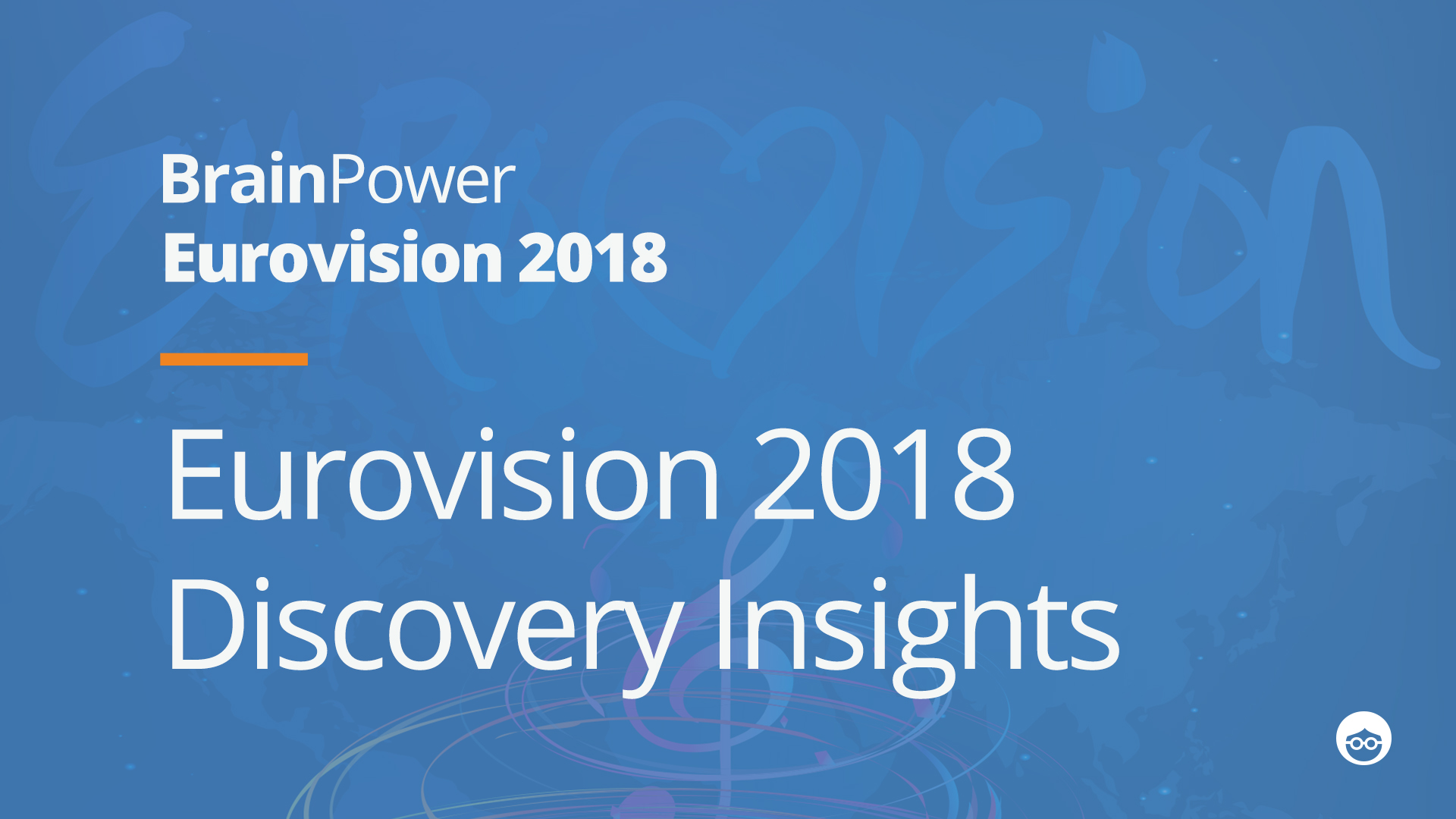 It’s spring, and for music fans and patriots all over Europe and beyond, that means one thing – Eurovision.

The Eurovision Song Contest is an annual music-inspired craze that has people around the world on the edge of their seats. The Eurovision ignites national fervor everywhere, as dozens of countries compete for the prized trophy. In the weeks leading up to the contest, bookmakers are out in full force as people bet on the odds – which country will win the Eurovision this year?

To get into the Eurovision mood, and because we love a bit of data fun, here are some interesting facts and figures:

Outbrain Got Into the Competition

As a proud Israeli company, Outbrain wasn’t going to sit on the sidelines at this year’s Eurovision! Israel has taken home the Eurovision trophy three times – in 1978, 1979 and 1998 – and in 2018, Israel was the hot favorite to win the competition with the hit song “Toy” by Neta Barzilai. Just weeks before the contest, some bookmakers even put the odds of Israel winning at 2/1. And this year, the pundits were right! Israel’s Barzilai got a strong online boost with the help of Outbrain’s Discovery platform and content recommendations.

A couple of weeks before the contest, Outbrain announced that it would be promoting the Israeli song video throughout Europe in key countries such as Britain, Italy, Spain, France, and Germany, all of which compete in the Eurovision and have a strong influence on the outcome.

The promotion began during the semi-finals until the final competition on May 12.
The video was promoted on 50 websites across Europe, including major news sites such as Der Spiegel, BBC, The Guardian, Sky, Elle, Telegraph, Cosmopolitan, and other publishers that work with Outbrain.

Viewers were able to watch and even rate the clip, in the best tradition of the Eurovision, to the maximum score of “Douze Points“. In this way, it was possible to predict which country gave Israel the greatest chance of victory. As is well known, viewers at home have a 50% influence in the competition. 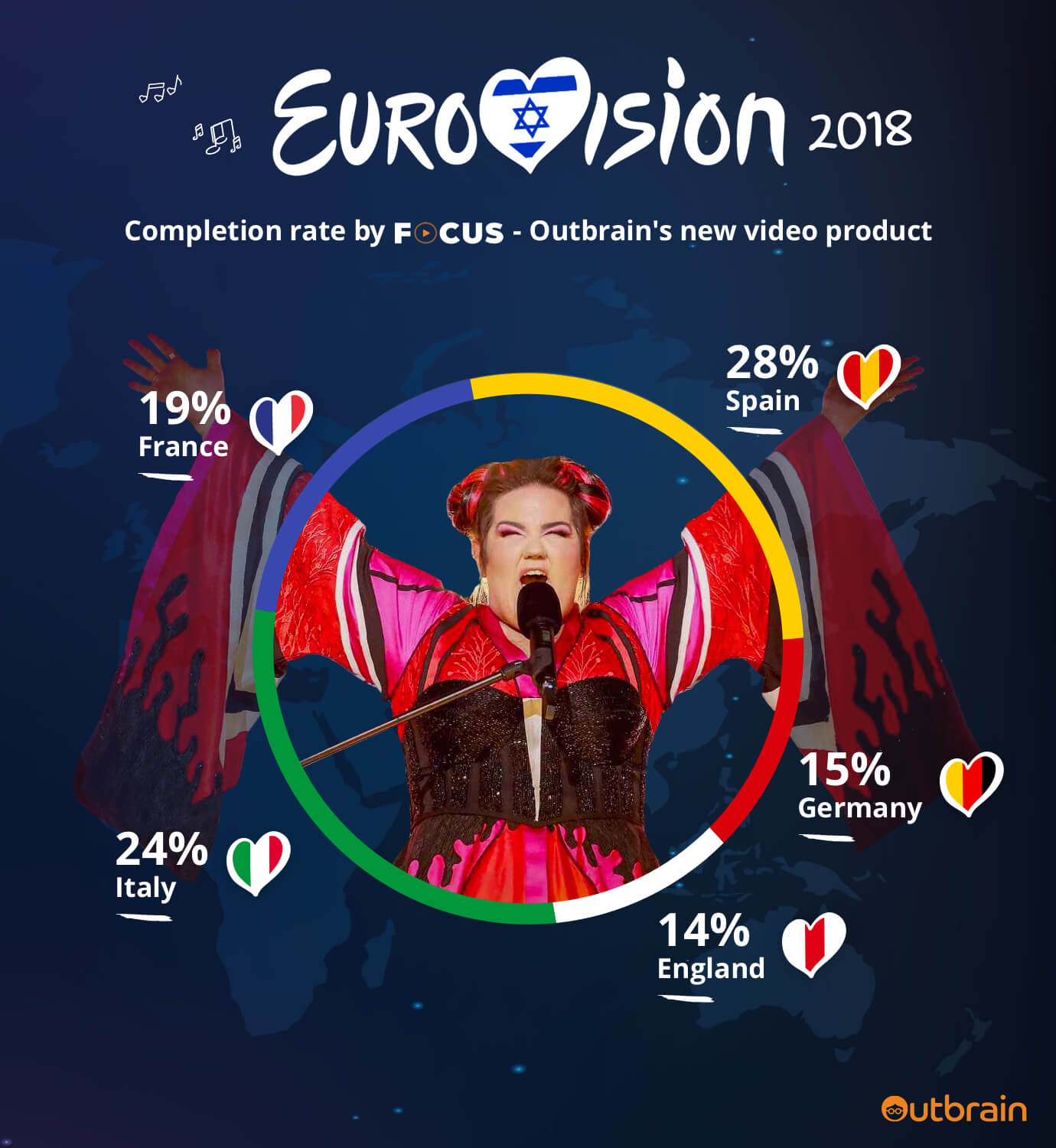 Outbrain recently entered the world of native video ads, with a new “click to play” feature that will transform the way people watch video content. In promoting the video of Israel’s song entry, Outbrain put its support for Israel in the Eurovision – and its new video advertising platform – on the front lines of the competition!

And everyone at Outbrain is absolutely thrilled to congratulate Neta Barzilai and Israel for the fabulous win at Eurovision 2018! Twenty years after the country’s last win, Israel is celebrating again, and looking forward to hosting next year’s contest.

Get the Eurovision Data

At Outbrain, special events such as Eurovision and March Madness drive really interesting data about browsing habits and reader engagement. Often, we see significant increases in online traffic and fascinating changes in trends and patterns. Some of these are expected, and others unexpected – no matter what, deep data analysis during the Eurovision and other events provides incredibly useful insights about how to optimize native ad campaigns that are running at the same time, and how to plan for next year’s campaigns.

For March Madness, we focused on the US audience, and for Eurovision, we’re heading to the UK data. Check out these data insights gleaned from Outbrain’s premium publisher network, and see how readers behaved online during the excitement of Eurovision:

What else were Eurovision fans reading about?

The most popular referring category in terms of CTR was marketing, followed by education, relationships, martial arts, and in fifth place, tennis – an effect of the Madrid Open which was playing from May 4-13. 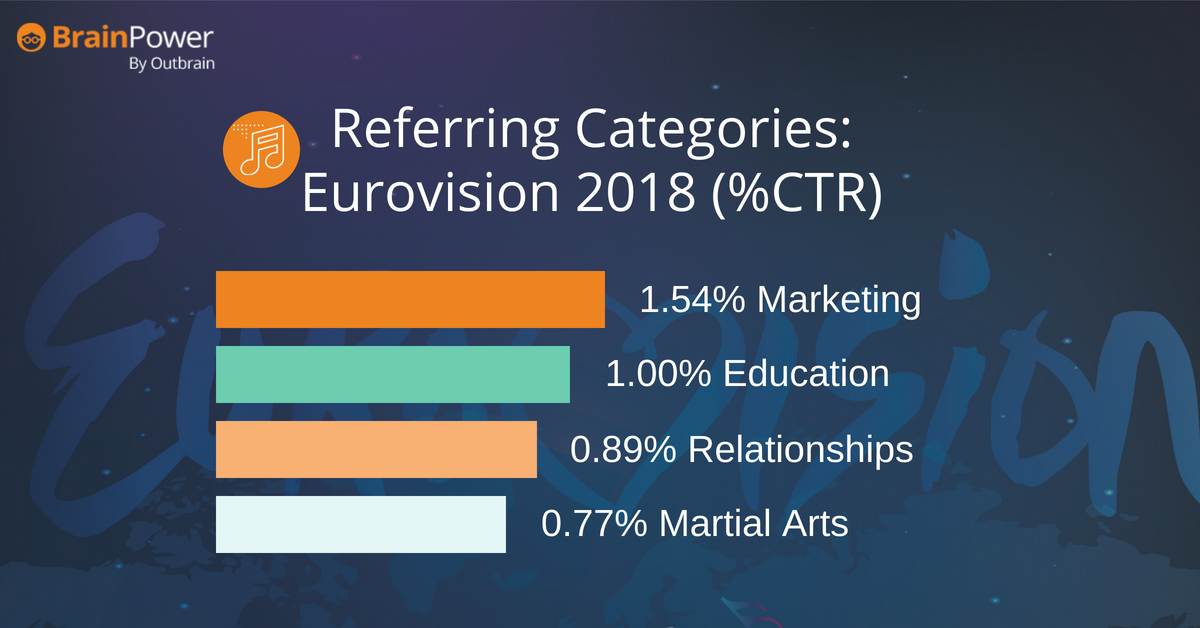 What keywords were people searching for during Eurovision? 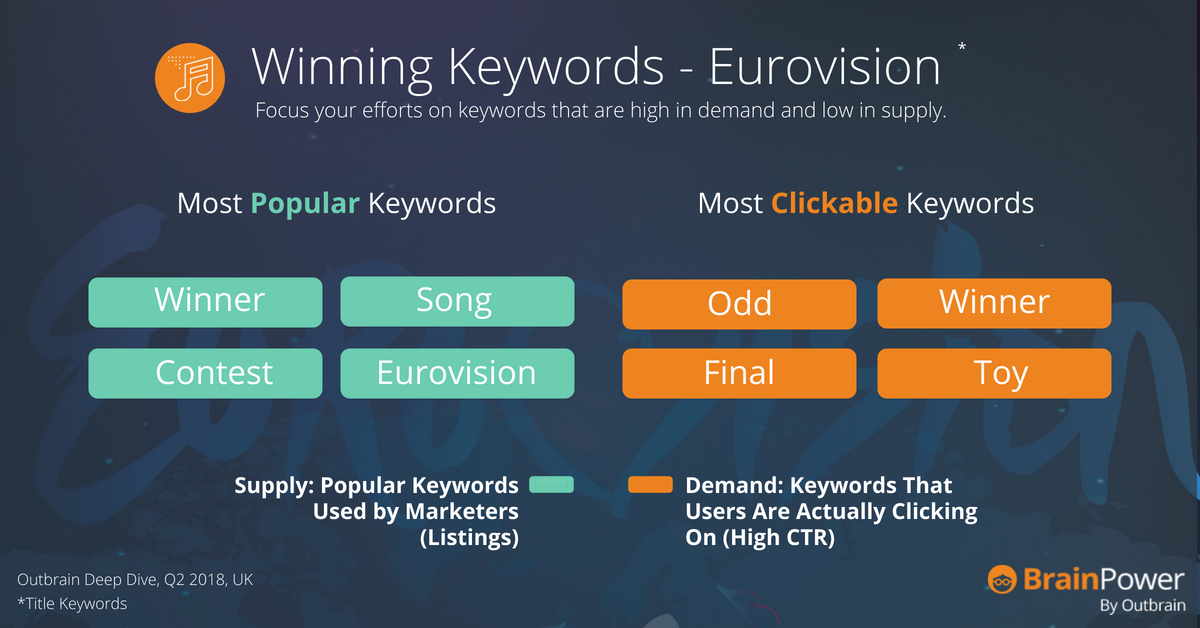 What time of day had the highest CTR during Eurovision?

The CTR of Eurovision category content remained steady during daytime hours, then rose in the evening and peaked at 10pm. – which means that more people are doing their Eurovision surfing after work. Good news for workday productivity!

As with any competition that runs over a period of time, it’s natural to see an uplift in online activity as the final round comes closer. And we saw an incredible crescendo with the 2018 Eurovision as everyone got online to see who would be the winner on the night.

The day of the Eurovision finals saw a 43% (!) uplift in global traffic across the Outbrain network (Thanks to Nir Kriss, Head of Production Engineering) 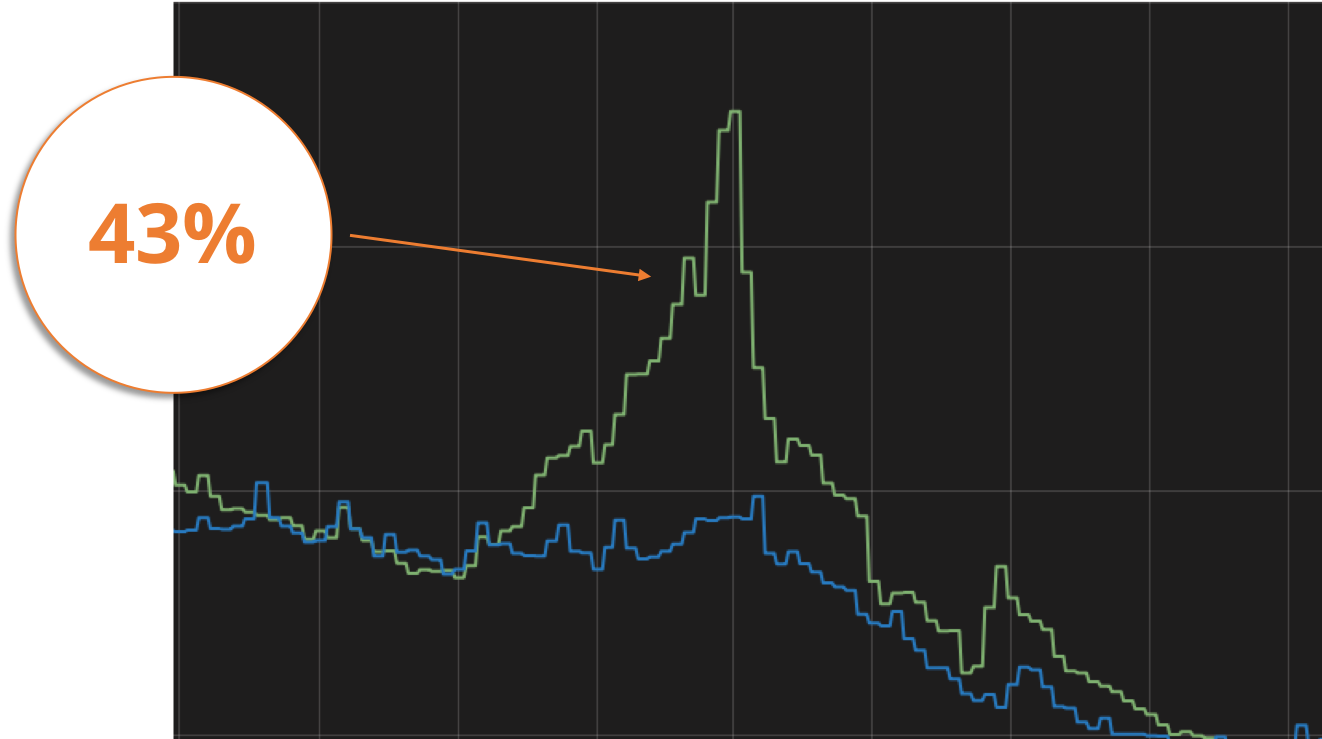 For performance marketers and advertisers, a great time to be promoting your brand on Outbrain’s native ads network is during world events and popular competitions. And the closer you get to the peak excitement, the more potential customers may be online to see your ad.

So what’s the next big event that you’d like to leverage in your online advertising schedule?