Netflix Gets Down to Business with ‘Cocaineomics’ 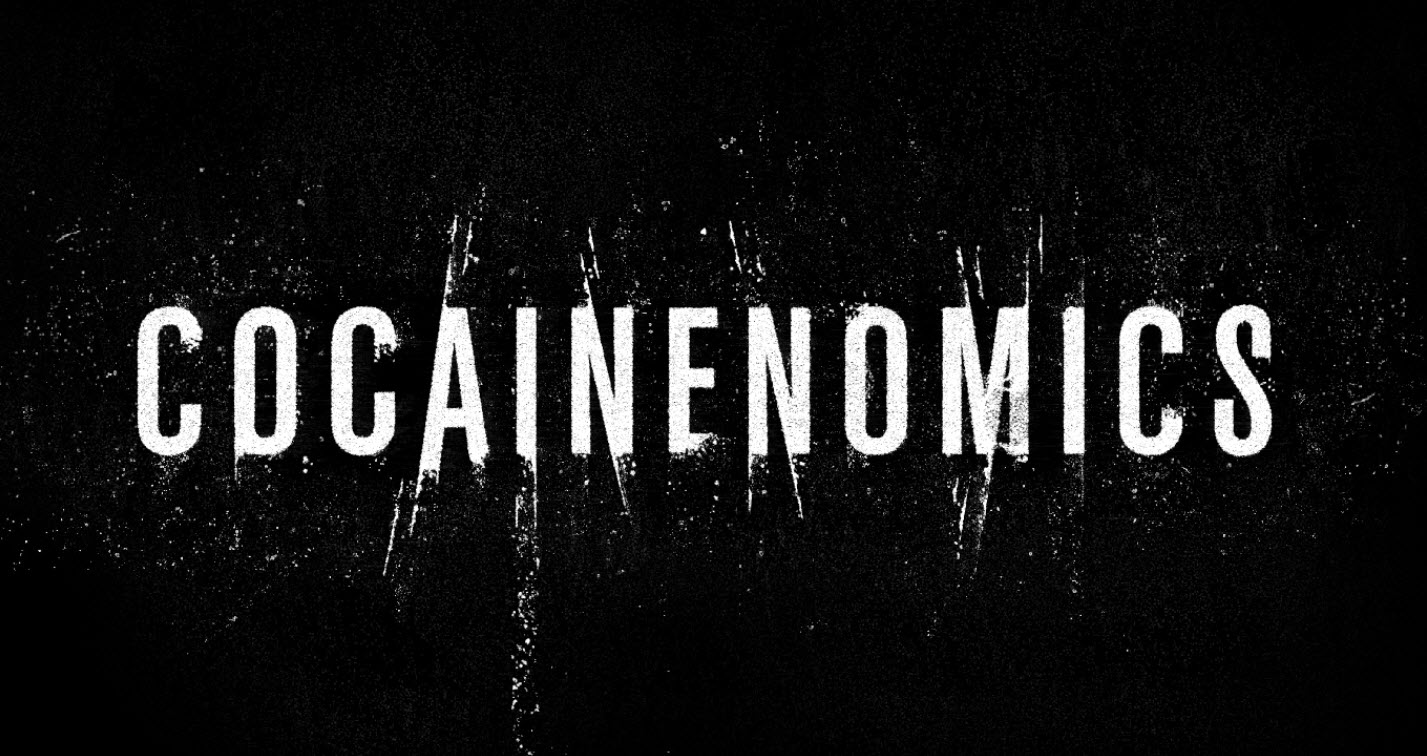 Our Site of the Week goes to, of all things, a native ad. Though calling it one doesn’t really do it justice. Cocaineomics is a glimpse into how good the web could be if user-first advertising models continue to advance.

Netflix, on a native ad hot streak, this time tapped the Wall Street Journal to create a mesmerizing chronicle of the Medellin Cartel’s exploits, on which the show Narcos is based. Similar to its collaboration with T Brand Studios, Netflix is sponsoring hard journalism on a compelling topic that’s right up the publisher agency’s alley, as the “omics” in the title playfully spells out.

Tricked out with motion graphics, interactive maps, videos, a Spanish language option, and enough content to actually justify a table of contents, Cocaineomics mirrors the aspirations of Narcos more than it actually hawks it. In fact, any assets from the show serve to illustrate certain story developments, not unlike a really high-quality, dramatic re-enactment. 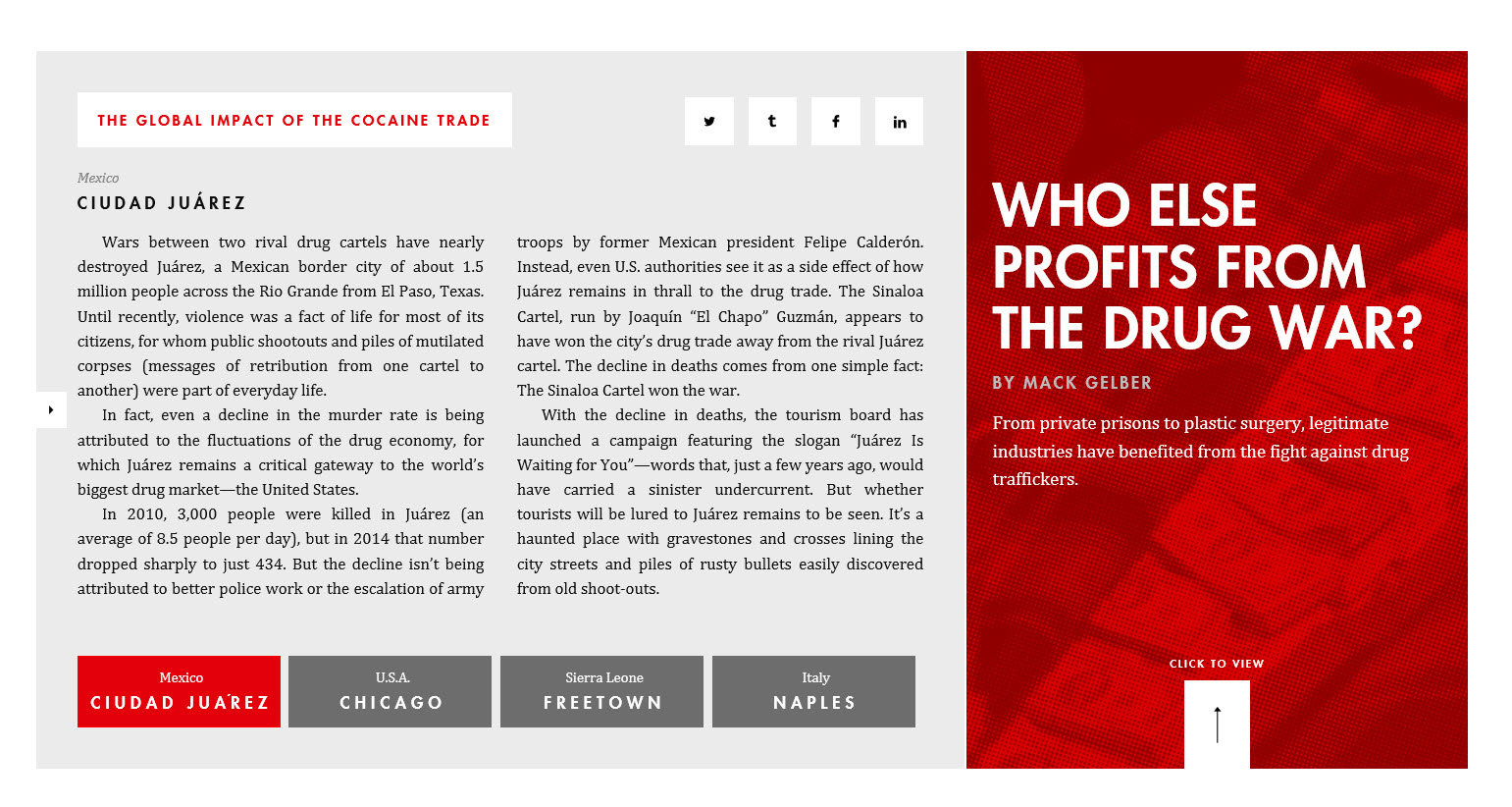 What Makes it Unique?

In an overall outstanding experience, a few exemplary features demonstrate an awareness of meaningful KPIs without sacrificing user-experience.

From day one of its rebirth as a binge-inducing, original content studio, capturing data has been central to Netflix’s strategy. While industry commentators wondered aloud why a platform trying to compete with network television would release all the episodes of a new show at once, Netflix was calmly analyzing data on just how engaged audiences could be if you gave them as much content as they could take. That intel not only helps them program more content, it could one day serve to be pretty valuable to third parties down the road.

Cocaineomics, similarly designed with engagement in mind as a primary KPI, burrows deeper into the audience engagement riddle so many in publishing wrestle with. How do you know if your audience is really paying attention?

You quiz them, if you’re Cocaineomics, and really, “quiz” doesn’t do justice to the Test Your Knowledge section of the site. It’s more like a test. And a hard one, at that. If you didn’t read particularly closely, you won’t get very far into the test before you have to start over.

Cocaineomics makes it incredibly easy to share the specific parts of the experience you want to share, not just the whole thing. Which is a cool strategy. It empowers audiences to create a “social mural” of sorts, with the parts of the experience they find particularly worthy.  And again, rather than just tabulate overall shares, Netflix gathers more data on which particular assets inspire people to share. The videos? The interactive map? The article text?

Netflix doesn’t pretend that Cocaineomics is the end-all-be-all of such sprawling subject matter, so they curate a mix of other stories from the Wall Street Journal as recommended reading, following yet another important rule in digital publishing: if your audience is going to leave your site, you might as well point them in a useful direction. Where your content ends, more begins. 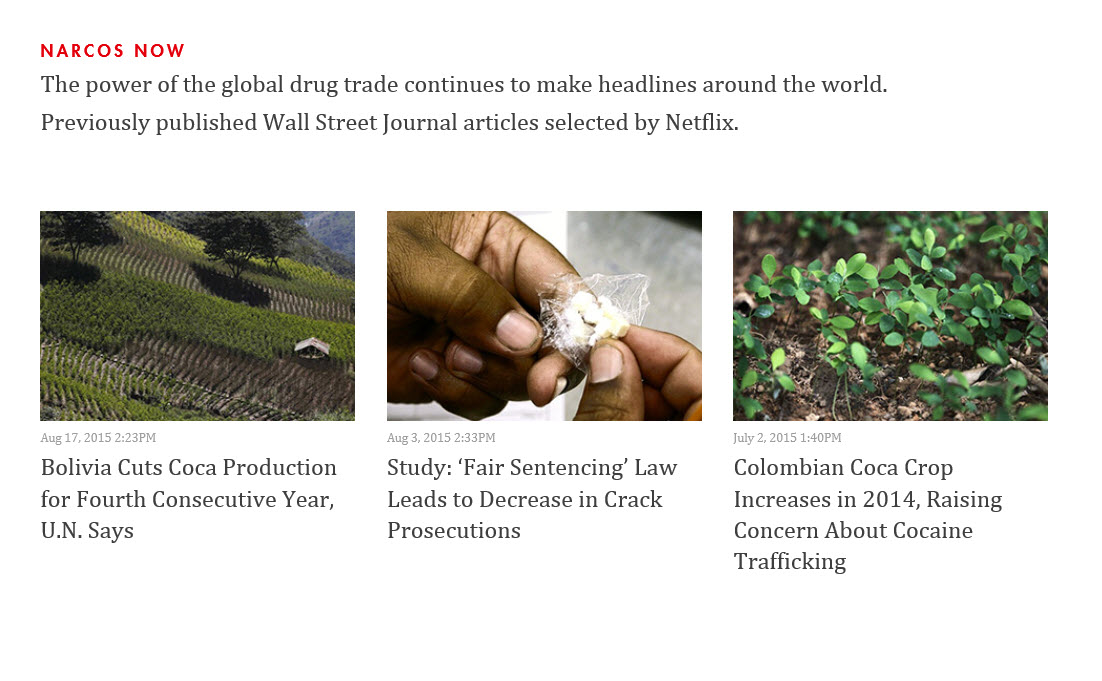 Why Should You Care?

While its publisher partners to date certainly deserve much of the credit, you can make a strong case that Netflix is single-handedly elevating native advertising from the realm of “advertorial” to its own — dare I say — art form. In partnering with different publishers, Netflix effectively steps up the pressure on the next collaborator (not to mention other brands exploring native) to deliver an experience worthy of the previous episode.  The strategy’s working, based on these results.

If You Only Have 5 Minutes…