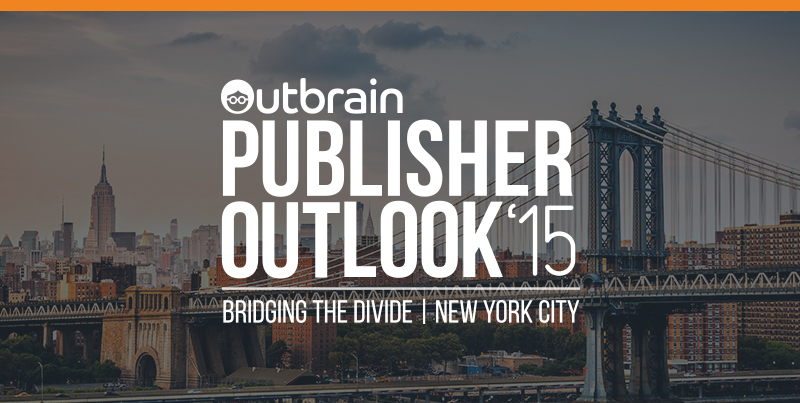 We just wrapped our 3rd annual Publisher Outlook. It’s been an amazing week of insight and conversation with the best premium publishers representing 11 different countries from around the world. As CEO Yaron Galai put it, the Publisher Outlook is our chance to gather smart publishers for a forum of ideas.

Here are 5 that stood out.

In the three years we’ve been hosting the Outbrain Publisher Outlook, the prevailing theme has been that positive changes can occur in the media industry when publishers pool together their ideas and in some cases, data, to break down traditional silos and come up with smart solutions. 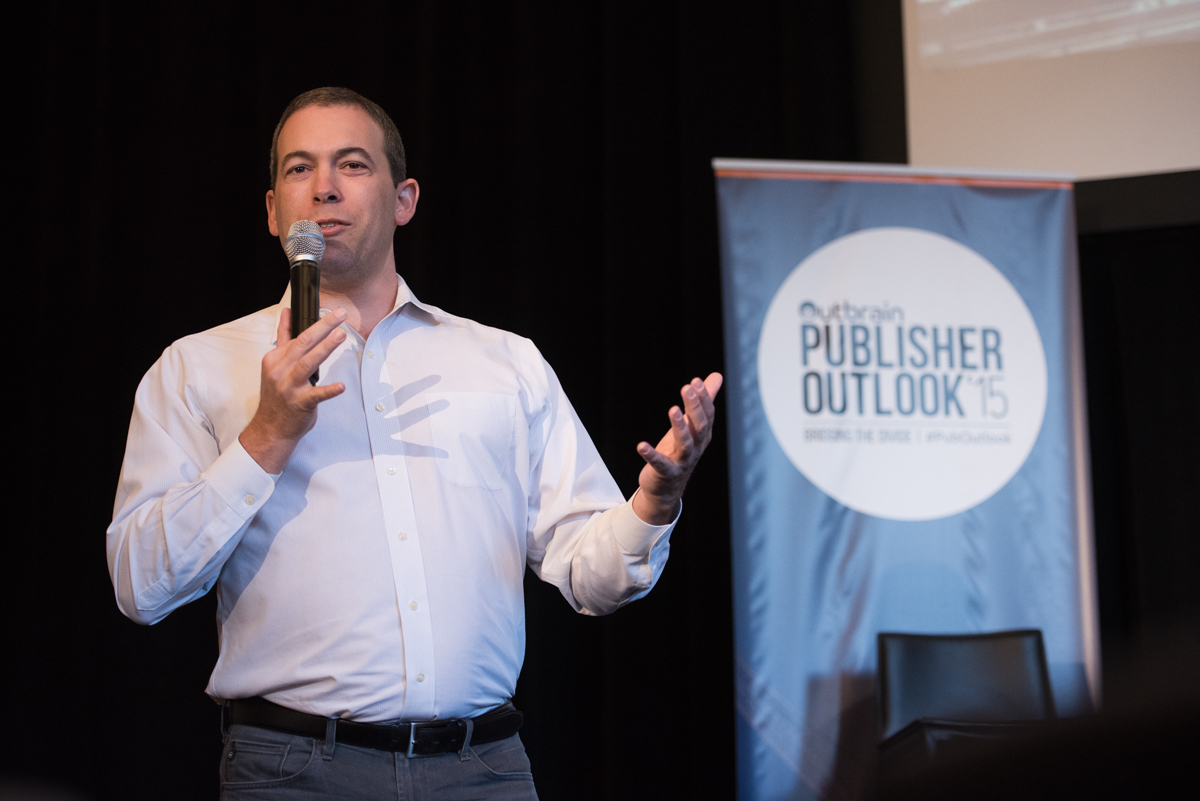 Outbrain CEO Yaron Galai welcomes publishers from all over the world; photo by Noam Galai

At a time when there’s a surplus of content and a scarcity of attention, the idea that publishers could benefit from a little more collaboration isn’t always obvious — one of the reasons we look forward to throwing this event every year.

Outbrain Engage tries to minimize those dilemmas by letting different parts of a publisher’s organization exert more control over how the personalization engine at the platform’s core routes users throughout mobile and desktop properties. 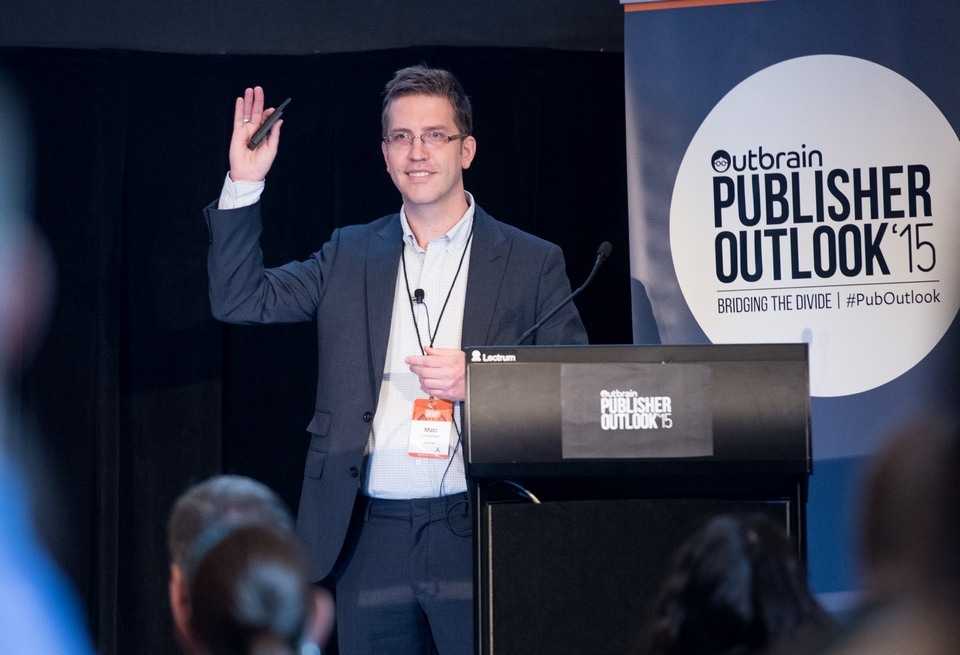 Outbrain VP of Product Marketing Matt Crenshaw gives a talk on the power of Guided Personalization; photo by Noam Galai

For the business parties at publishers, tools like Traffic Shaping help segment and direct audiences to assets with higher value. And tools like Visual Revenue help editors combine automated personalization with data analysis to achieve optimum homepage performance. All the while actually increasing the likelihood that users see more the content they’re personally interested in more often.

So often programmatic advertising  and native advertising are pitted against each other as the saviors of digital advertising. A kind of Red Pill vs. Blue Pill dichotomy for you Matrix fans. With programmatic’s undeniable advances in targeting, efficiency and scale, and native’s empowerment of publishers to reinvent new models for working with brands, is there a point of convergence on the horizon? 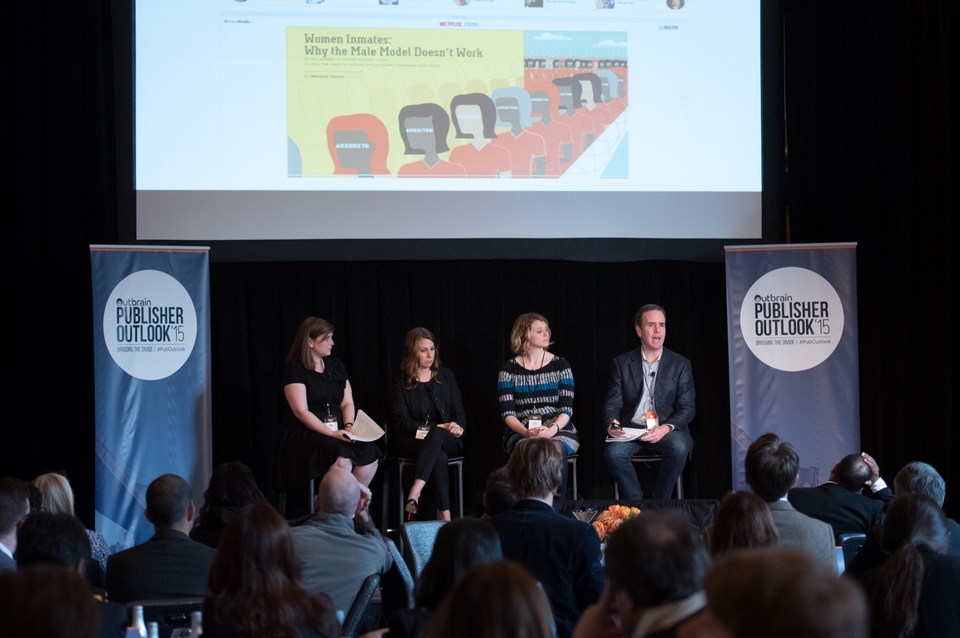 Our panel of experts including Jessica Sibley of Forbes, Kelly Andresen of the Washington Post, and Abby Kohn of CIT weighed the implications of publishers taking a more direct role in brand publishing and whether the parallel rise of programmatic represents a zero-sum game in direct sales.

The outlook? As brands continue to diversify their approach to marketing, both programmatic and native will continue to fit integral parts of digital strategy… without representing the strategy itself. As for where the two phenomena may converge, programmatic capabilities are already being used to scale native campaigns for brand KPIs, a practice that is only going to get more sophisticated.

The Wisdom of the Crowd

Outbrain Data Scientist Roy Sasson gave a talk entitled “Your Users’ Likes, Dislikes and the Path to Personalization,” covering the latest methodology for modeling and predicting user behavior in relation to content consumption. Turns out you can learn just as much from analyzing content that is popular but not shared on Facebook as you can from the content that generates high volumes of shares… 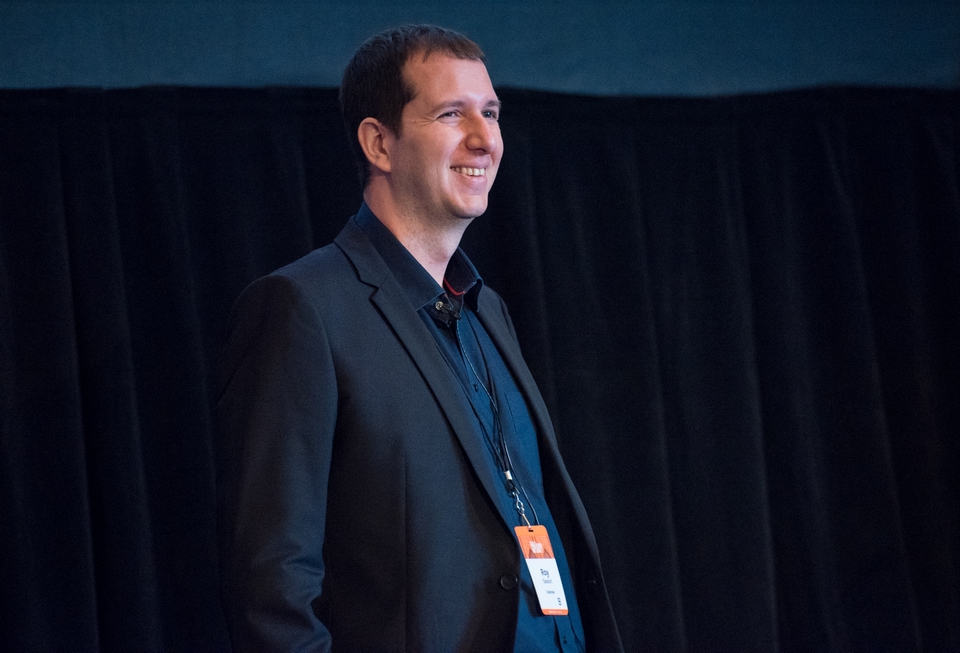 Consumers Are Willing to Pay for Convenience

REDEF’s Jason Hirschorn stopped by for a chat with CEO Yaron Galai on how to eliminate the friction between generating revenue and engaging users.

Hirschorn, who is himself considering revenue models for his curated newsletters, doesn’t buy the myth that consumers are unwilling to pay for content.

He thinks publishers could do a much better job of reminding users of the constant value they’re getting when they subscribe to various services. “Most paywalls just remind you how much you’re paying, not of the value you’re getting with your subscription… no one wants to see that.” 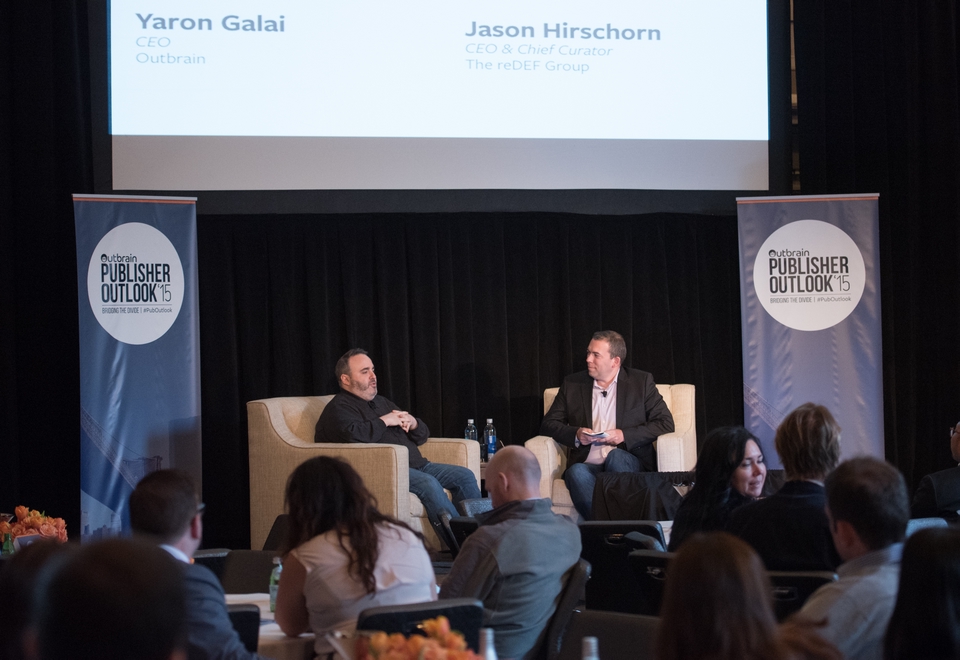 In the case of REDEF, he sees the newsletters in the same light as Uber — a service based on convenience for busy professionals who want to know they’re getting the best possible information on the topics they care about but don’t have the time to find it themselves.

As for distributed content models, Hirschorn doesn’t believe the likes of Facebook and Flipboard are out to “get” the media business in hosting more content from publishers, but he doesn’t believe publishers should go “all in” on those platforms either. “Never put your eggs in one basket… when the rules change you don’t want to be left holding the bag.”