The Story of One Iconic Coca Cola Billboard

The world’s first billboard was born somewhere around 4000 B.C. It was the earliest known wall painting in a cave. Several millennium later (the year is 1825) and the billboard as we know made a debut appearance in New York with an ad to a circus show. The oldest medium is still out there and it’s not going anywhere. In an online, connected world you need also to be outside. And that’s the strength of the billboard: it’s outdoors.

I feel that despite its rich history, the billboard is a bit of the unsung hero. It is a canvas for great creative ideas and it generates awareness around marketers’ messages, but it hardly gets all of the spotlight or recognition. It’s hardly being the story itself.

So today’s post brings the story of one iconic billboard in Sydney: The Coca-Cola Billboard in Kings Cross. (A.K.A. The Coke Sign) 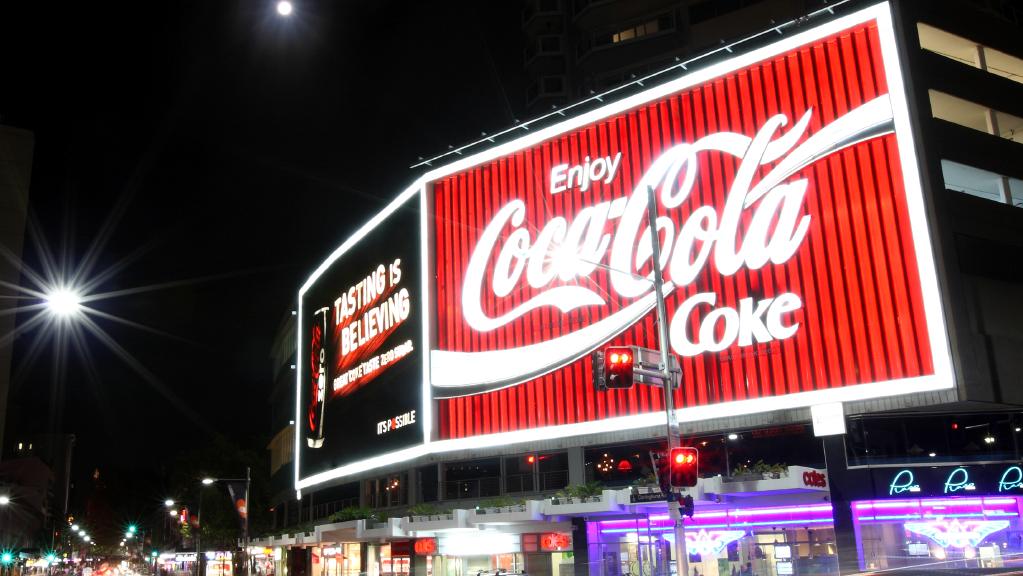 Wikipedia will also tell you that the red and white neon sign is made up of eighty-eight vertical bars of red tubing. It also has 800 fluorescent lamps that are concealed behind reflectors that allow the billboard to project thirteen different patterns. The left part of the billboard is a flex-face style sign and is internally illuminated by approximately 1,000 fluorescent lamps. It has been an iconic part of Sydney’s nightlife for many years. It lit up what used to be the infamous, thriving, Kings Cross party scene.

Now why am I telling you about this billboard? Because a couple of weeks ago my wife suddenly asked me if I want to buy a giant white letter from the Coke sign in Kings Cross.

Then she showed me this email from eBay that she received: 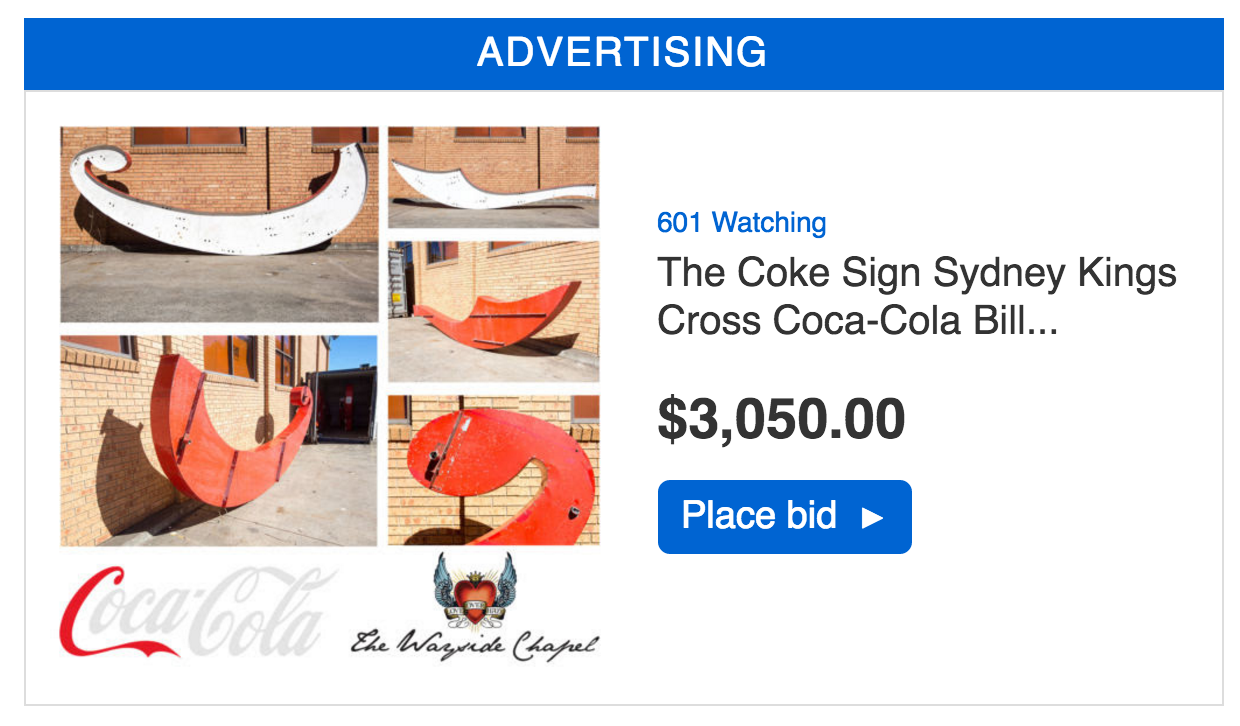 The next day it was all over the press. More than four decades after it illuminated Sydney’s Kings Cross, the Coke sign has been dismantled. The sign’s ginormous letters were auctioned on eBay to collectors all over the world, raising eventually more than $100,000 for the Wayside Chapel charity in Kings Cross, which has provided support for people living on its streets since 1964.

The Kings Cross Coke sign was back in all its neon glory last week with a new neon look, I just need to figure out what to do with the giant “O” I bought…maybe for Outbrain? Just kidding, I didn’t buy the “O.” (I bought the “C”).

What a great stunt by Coca-Cola Australia. They created a story in which the main hero is the iconic billboard and they linked it to a good cause. That’s how you earn media and consumers attention, online and outdoor.