June Content of the Month UK: In Da Hostel with 50 Cent, by Hostelworld 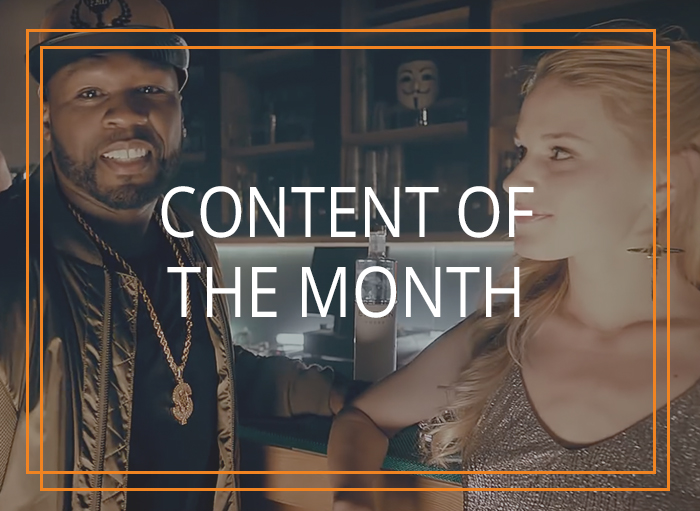 Every month we serve 250 billion personalised content recommendations across the globe from the world’s leading brands. Amongst all the great content we have the opportunity to recommend to our UK audience each month, we’ve been selecting the campaign that had that little extra “Je ne sais quoi.”

How do we define what qualifies as our top pick for content of the month?

Well, it is no easy task.

Here are some of the things we look for:

And as it is the case this month, content that we can’t stop talking about and sharing around the office.

So, without further ado.

This month’s winner of Outbrain UK’s ‘Content of the Month’ is… Hostelworld!

Hostelworld successfully used Outbrain to drive awareness to its video-centric site, featuring one of the world’s most renowned rappers, 50 Cent.

The video, shot as a kind of parody to the MTV show ‘Cribs,’ follows the rapper as he gives a tour of a hostel in Barcelona.

Full of charisma, 50 Cent’s natural character, and personality came through during the filming of the video, really bringing it to life!

We spoke with the Hostelworld team who explained that there were very special moments where the rapper deviated from the script to describe the hostel and atmosphere as he saw it.

The two examples given were when the dorm room was described as having ‘a tour bus lifestyle,’ and the hostel as having ‘community vibes’ – two very unique selling points offered by hostels which he really hit home 50 style!

Another golden moment that added humour to the final cut is when we see 50 Cent walk into the door frame; we hear this wasn’t part of the plan, but happened to work perfectly!

Otto Rosenberger, Hostelworld’s CMO, explained the strategy behind the campaign:

As 50 Cent is well known for his lavish lifestyle, we sought to create a parody of MTV Cribs to show off how awesome hostels are and how they have evolved over the recent years, now coming complete with private en suite rooms, designer chill out areas, trendy bars and in the case of 50’s hostel, a pool on the roof.

We felt 50 Cent was perfect for this spoof. It was great to get him back in front of the camera and convert him to the hostel-life which we did with great success!

By amplifying their content with Outbrain, Hostelworld aims to reach audiences in the UK, Germany, Australia and Canada. Engagement rates are already well above the Outbrain benchmark network average of 0.10%, with the UK activity reaching a CTR of as high as 0.27%.

Do you have great content to boost ‘In Da’ Outbrain network?

Get in touch and create your first campaign!

Eirini Pan was a Marketing Manager at Outbrain's European team. A Greek based in London, she manages data insights and design activities across Europe.