Influencer Marketing: Why and How It Works 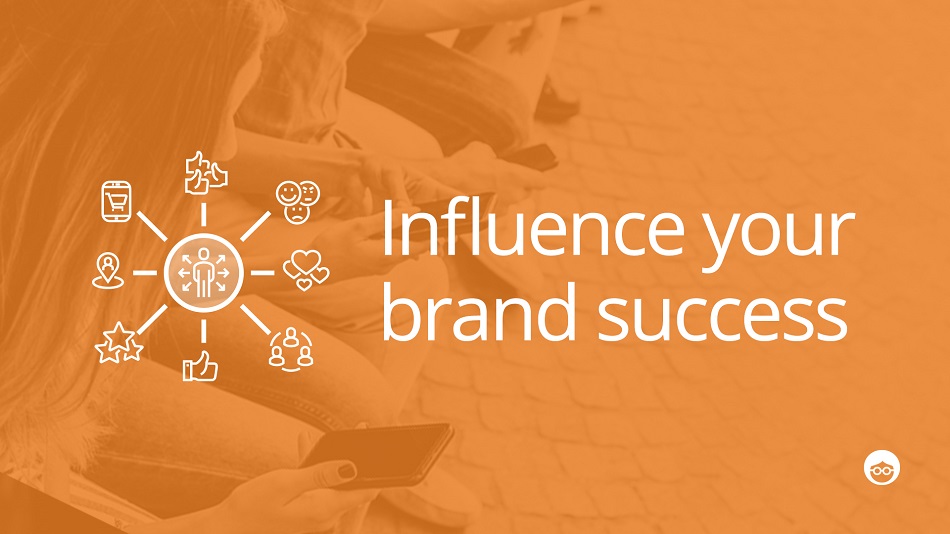 But, why does influencer marketing even work? What is this powerful tool that is causing marketers to increase their influencer budget each year?

Influencer marketing would certainly be voted “most likely to succeed” in their senior yearbook. Here’s why:

Influencers have acquired a large following for a reason. Anyone who has serious influence likely earned it by creating high-quality content that their audience finds useful and enjoys. YouTube stars, for example, probably have strong video-editing abilities. Instagram influencers have an eye for beauty and solid photography skills. When a brand works with an effective influencer to create content, the result will be a high-quality piece. The content will not only be a good representation of the brand, it can also be repurposed on various channels. In fact, in a recent study, 51% of marketers stated that influencer content out-performed brand content in 2018.

Here’s an example of high-quality, high-value content: The post below from artist Bari Ackerman highlights a piece of content created during a collaboration with furniture brand Joybird. The brand went on to repurpose some of Bari’s photos on their own platforms and were able to get high-quality photos without having to style the room, hire a photographer, and develop the content internally.

Influencers are good at getting around ad blockers

Did you know that the average click-through rate (CTR) in Google Ads on the display network is only 0.60%? Yikes! That number is disheartening to say the least.

Of course, the CTR varies slightly depending on the industry, but the general consensus is that reaching your target audience through display ads is straight up difficult. Why? We’re smack-dab in the middle of what many have called the “Age of Ad Blocking”. Even those users who haven’t actually downloaded ad blocking software to their desktop or mobile device are still largely ignoring the presence of ads as they peruse the web.

The graph in this article shows the number of monthly active ad blocker users over time. Over the past ten years, ad-blocking technology has continually risen in popularity. During the same time period, marketers turned to methodologies including native advertising, product placement, and influencer marketing.

Brands learned quickly that collaborating with influencers is a key method for breaking down the barriers created by an ad blocker.

Influencers work tirelessly to build a community of engaged followers who trust their opinions and recommendations. For this reason, when an influencer promotes a product or service, users are much more likely to listen than if they were exposed to a random ad on their screen.

Consumers are obsessed with social media

I’m sure we’re all guilty of spending a little too much time scrolling through social media. Smartphone thumb hurts (speaking from experience here).

Even social media platforms admit that their users are spending too much time on their sites. Instagram now offers alerts when you’ve spent a certain amount of time scrolling on a given day.

Global Web Index reported internet users spend an average of two hours and 22 minutes each day on social media. Clearly, brands should be targeting consumers on these platforms and one of the easiest ways to do this is through collaborations with social media influencers.

A modern-day spin on a tried and true method

Word of mouth marketing has been a powerful tool for brands for decades. People are interested in hearing about the experiences of their friends and family when it comes time to make a buying decision.

Secret menu items at popular chain restaurants, for example, become cult favorites after guests share their experiences with friends and family. When a consumer walks into an In-N-Out Burger, they won’t find “animal style”, 4×4, or a grilled cheese on the menu. However, these are some of the most popular items from the West Coast chain. So, how is it that a first-time customer knows to order these items? It all started with a little word of mouth marketing. Eventually, the items became so popular that the brand itself decided to publish their “not so secret” menu directly on the website.

In-N-Out Burger isn’t the only restaurant with secret menu items that rose to fame from the rumor mill. You may overhear a patron order the patty melt at Five Guys Burgers and Fries, a chicken quesadilla at Chick-Fil-A, or a butterbeer at Starbucks, none of which are actually listed on the menu.

All of this is to say that word of mouth marketing is still relevant today and influencer marketing is just another form of this tried-and-true method. By asking a well-liked online personality to share a service or product, brands not only increase their direct traffic and sales but also their social media follower count and organic searches.

Forrester research discovered that on average a consumer engages with 11.4 pieces of content before making a purchase. By setting up an influencer marketing program, brands can more easily have multiple points of contact with a user.

Influencer programs typically include collaborations with multiple influencers at once. You’ve likely heard of the Fyre Festival disaster and have probably even watched one or both of the documentaries. While there’s no denying that the festival went up in flames, the event would have never sold out in year one without the help of influencer marketing.

Jerry Media, an agency hired by Fyre Festival, worked with many influencers including big names such as Kendall Jenner and Rose Bertram to post the now infamous orange square on Instagram at the same time, letting the world know about the upcoming festival. Sure, Kendall has enough followers to get the word out quickly about the fest on her own, but the power of numbers was very impactful for this campaign. An Instagram user can ignore one random orange square on their feed, but as they continue scrolling and seeing the same image over and over, they’re likely to want to learn more.

The more influencers a user comes in contact with, the more likely they are to eventually purchase a product of service from you.

If all of this isn’t enough to prove that influencer marketing works (and why), then you may want to give the method a try for yourself. There is a very high chance that you will see success as long as you’re following best practices. By this time next year, you could be part of the 59% of brands who increase their marketing budgets each year.

Jessie has launched influencer campaigns and developed blogger networks for a wide range of brands including household names in the B2B, B2C, and entertainment industries. Currently, she works at Go Fish Digital, where she heads up the Influencer Marketing division.