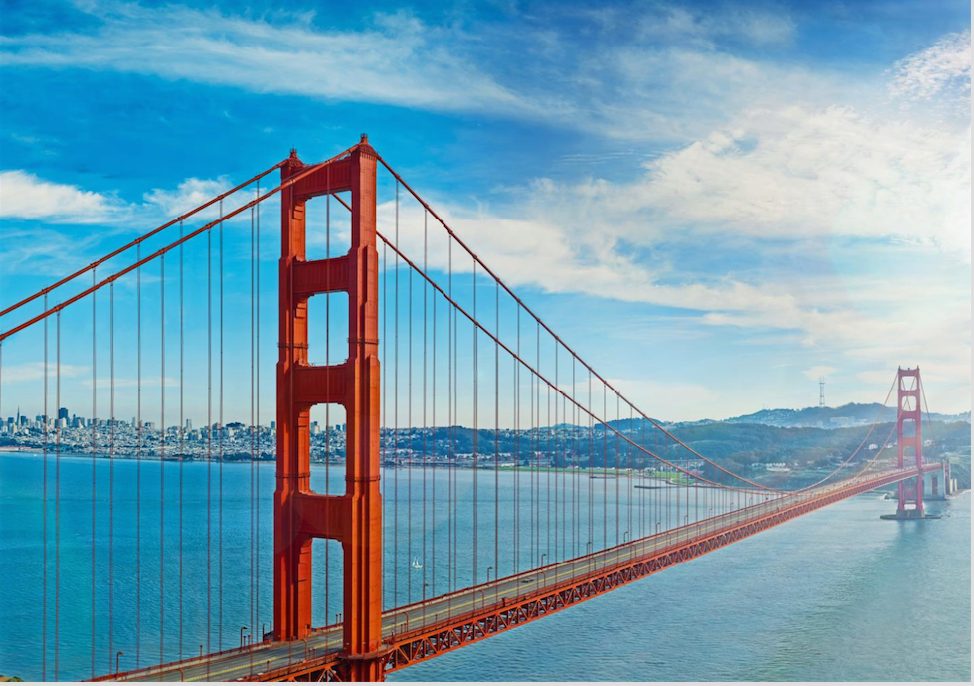 Look at this picture. What do you see? The Golden Gate Bridge, that’s correct. But what else do you see? (I promise, It is not a 3D thing.) Look closer. Even closer. Anything?…  For Bentley, it is what you can’t see that makes the story behind this picture.

If you go to Bentley’s website now and zoom in at the Golden Gate Bridge picture on the homepage, you drill down first to a man in a sleek Bentley Mulsanne car. But then, you are prompted to continue to zoom down to the stitching of the Bentley logo on the back of the passenger seat. The message that follows – “From the grandest of gestures to the smallest of details” – speaks to Bentley’s commitment to luxury and a flawless experience.

And Bentley sure isn’t lying. To create this experience, the luxury auto brand used the same technology developed by NASA to make panoramas from photographs beamed back by the Curiosity rover on Mars. The resulting image of the Bentley Mulsanne contains 53 billion pixels. That’s 53,000 megapixels. (Just for a comparison, iPhone 6 has eight megapixels). Bentley says that if the picture was printed out it would be the size of a football field.

So, like the attention to detail that it devotes to it products, Bentley has done the same with this single, exquisite image.

Kevin Rose, a Bentley board member for sales and marketing says this was, in fact, the goal. “We wanted to commission this to capture both the exquisite detailing of the Mulsanne and the epic scale of our brand’s ambitions.”

What Bentley Did Right

So, content marketers take note – here’s what Bentley did right.

Rather than another glossy, luxury-chic ad, Bentley’s team found a new angle to perfectly capture their brand. They came up with a story. And as with all Hollywood films, where there’s a bridge, there’s usually a stunt. Smart thinking, as stunts are usually cool and innovative – which means they are sharable and generate earned media attention.

Indeed, just search “Bentley attention to details” or “Bentley NASA” and you will get hundreds of results from publishers, blogs, and other sites lavishing it with praise. (By the way, full disclosure, I discovered this story via one of Outbrain’s recommendations on The Verge.)

But most importantly, with this amazing stunt, Bentley managed to win its audience’s attention.

So, automotive brands, remember these key takeways the next time you’re hoping to use content to generate buzz.

See you next week!