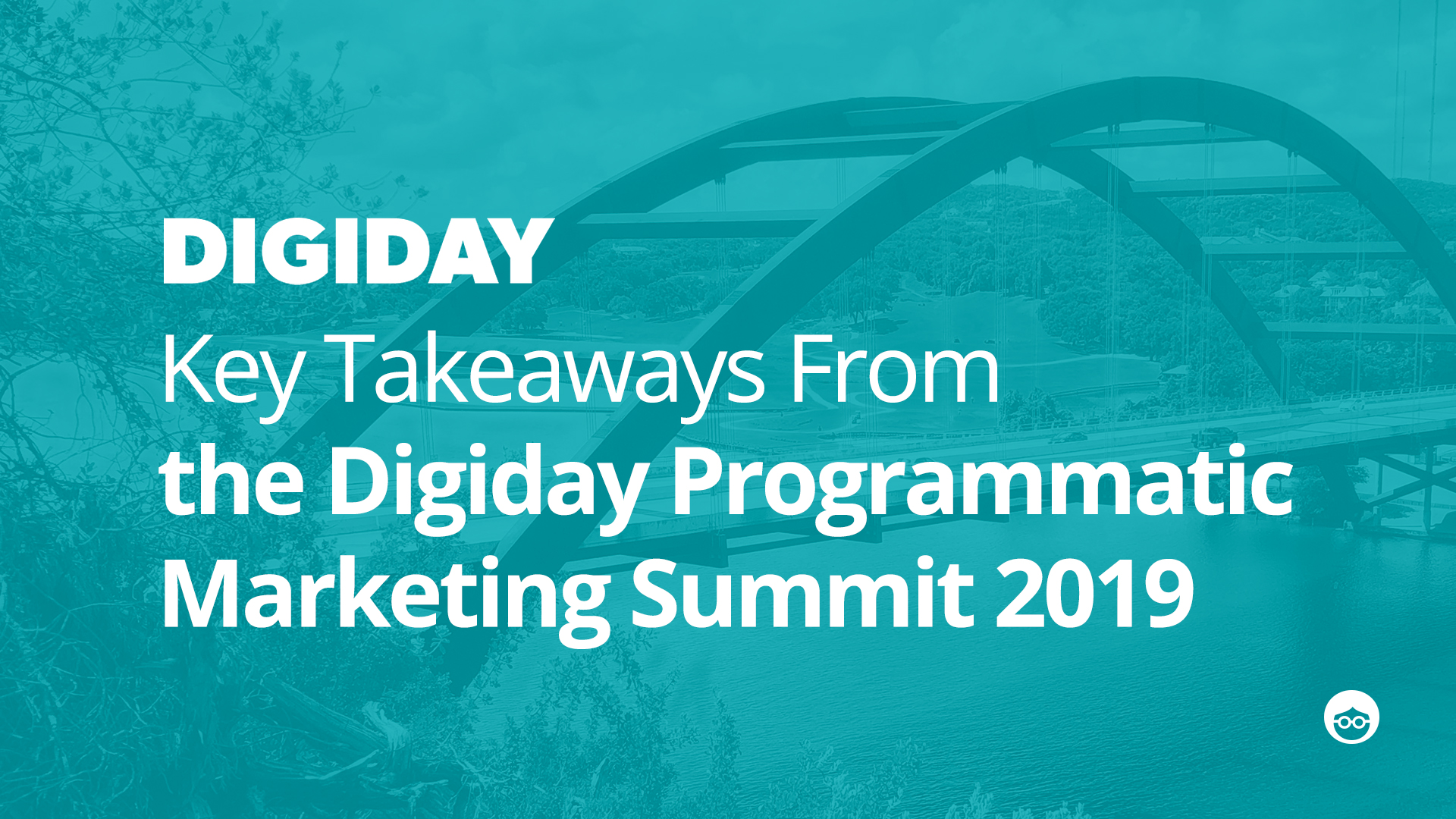 But no subject matter was as pervasive as that of transparency.

The promise of the automated process of programmatic advertising has been to deliver improved efficiency to brands, to expand marketers’ reach into relevant audiences, and to generate real-time data and insights. While these benefits have been realized to some degree or another, the industry’s expectation has always been that each of these advantages would be accompanied by greater visibility across every step of the programmatic buying journey.

It’s true that, through programmatic, more marketers now have more immediate knowledge when it comes to understanding the mix of websites onto which their ads were served, as well as the audiences who saw and clicked on those ads. But when it comes to transparency of media costs, programmatic still has some ways to go.

The Next Challenge: Transparency of Media Costs

Compared to traditional digital media buying, in which an advertiser agrees to purchase ad inventory from a publisher at a specific price (perhaps including some pre-negotiated targeting or vendor fees), programmatic buying involves a larger number of players – not just agencies and website publishers, but DSPs, SSPs, trading desks, ad exchanges, ad verification vendors, and data providers.  Each of these participants provides some sort of value proposition – and many of them are integral components of programmatic buying – but each of them also takes some percentage of the advertiser’s media spend.

The question is how much?

Understanding precisely the fees, or so-called “ad tech tax”, being collected by each party can be extremely difficult. One major ad agency holding company, GroupM, estimated that demand-side platforms (DSPs) and supply-side platforms (SSPs) each capture roughly 10% of the ad spend – although more recent studies find those fees are declining. That said, additional fees from data management platforms (DMPs), verification partners (like IAS, DoubleVerify and Moat), trading desks, and exchanges often add up to a point where the tech providers take a higher percentage of the media spend than the publisher displaying the actual ads.

The lack of transparency in knowing which tech provider received what percentage of ad spend is frustrating for marketers – and publishers, in turn, are not entirely certain what these advertisers intended to spend to access the ad inventory on their pages.  Publishers feel brands and agencies should hold their DSPs responsible for providing this transparency, while DSPs put the onus on SSPs.

In short, every player in the programmatic ecosystem seems to agree that fee transparency is a serious issue for the industry.  But based on the ever-increasing budgets moving to programmatic channels – and the improved efficiencies being realized by agencies and marketers – it appears that the programmatic juice is worth the ad tax squeeze… at least for now!

Want to take advantage of Outbrain’s native programmatic solution? Check it out here.

Brandon Bergmark is the Head of Programmatic Sales in North America for Outbrain. Prior to Outbrain, Brandon held leadership positions at AOL, NBC Universal, and Fox Interactive. Brandon lives in Oakland, CA, with his wife and two children, graduated from UC Santa Barbara, and received his MBA from Saint Mary's College of California.