If Attention Is The Currency For Advertising, What Does It Take to Get More? 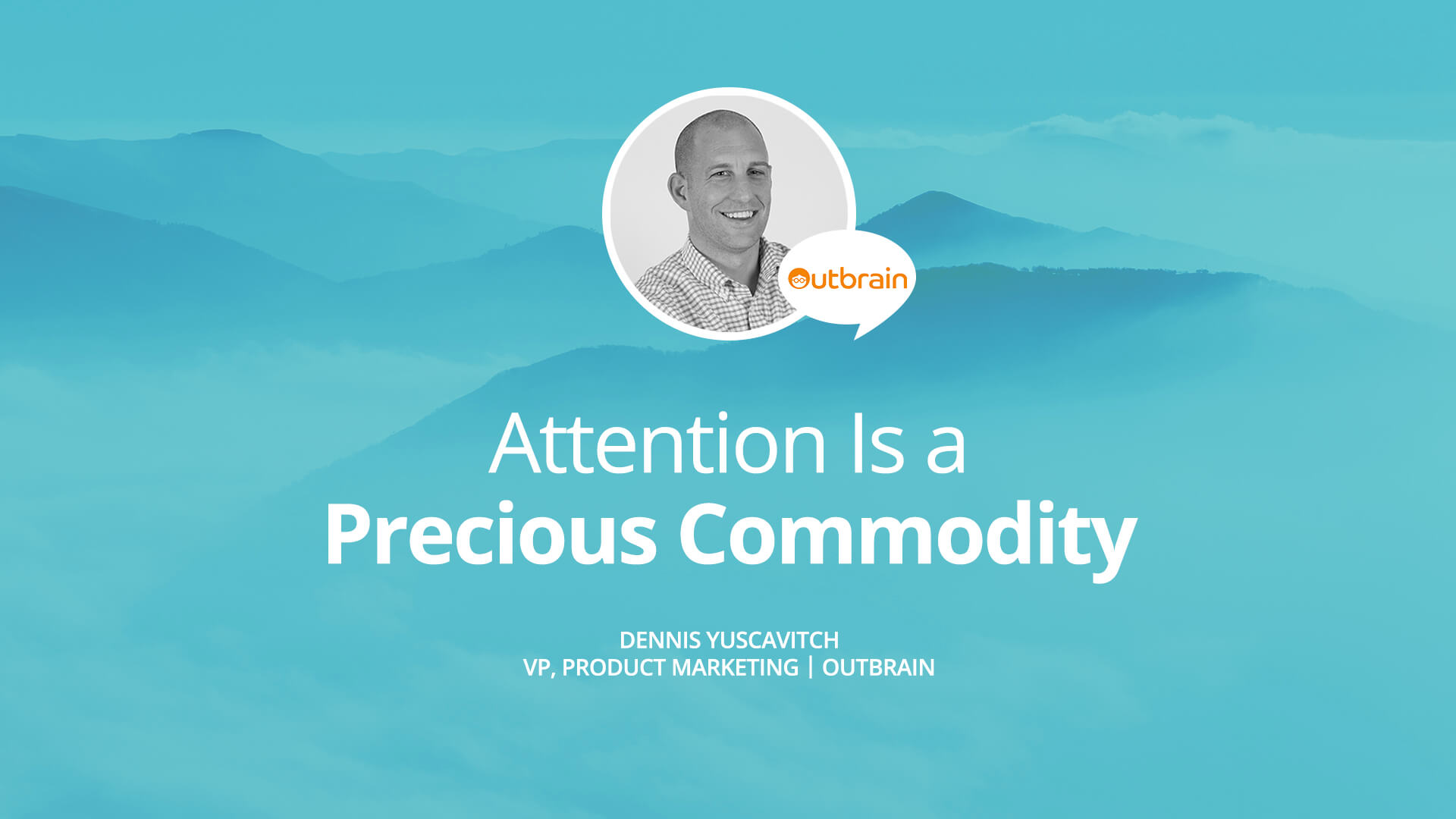 In today’s crowded digital advertising landscape, consumer attention is a much sought-after currency. The question is: Do consumers respond better to quantity or quality of advertising? I’d make the argument for the latter and many of my industry peers agree. Compelling, informative and relevant ad content – the non-interruptive kind — is what matters the most in gaining consumer attention.

Granted, the six-second video ad (blink and you’ll miss it) came into vogue at the beginning of 2017 when YouTube/Google showcased their best quickie video ads at Sundance, encouraging more brands and agencies to adopt this “snackable” format. The rationale was that consumers’ attention is so fragmented that advertisers need to pick up the pace to keep them engaged.

However, there’s a better case to be made for longer-form advertising that is well-targeted and brings value to the viewer or reader.

I had the privilege to speak on a panel on October 2nd during New York’s Advertising Week called If Attention is the Currency for Advertising—What does it take to get More?

Among us the feeling was mutual—quality matters more than quantity and giving more control to the user is paramount in gaining their attention.

There were some great examples of compelling long-form campaigns offered by my fellow panelists. I’ll choose one here: Anna Papadopoulos, VP of Advertising at Prudential described the financial company’s latest TV campaign, “The State of Us” which included 30, 60, and 90 second commercials centered around its retirement planning services in which real people —not actors — were featured talking about their financial futures. She pointed out that “the magic about the campaign is that it wasn’t about Prudential. It was about people’s stories.”

I shared with the group one of my favorite examples of long-form sponsored content — The New York Times Magazine’s audio podcast that launched in September (to accompany its annual “Voyages” photo essay issue).

The audio content was described as a “soundscape ecology project” allowing listeners to hear real sounds of moving lava in Hawaii or bats in Mozambique, for example. GE sponsored this engaging content.

This qualifies as an advertising coup in my opinion because as a consumer, I enjoyed the audio so much I actually remembered who the advertiser was!

Our panel discussion also revolved around native advertising, another long-form approach. I know from experience that consumers look at native ads 53% more than display ads and native ads create an 18% increase in purchase intent. It just stands to reason.

If the sponsored content that is surfaced is based on reader interests and preferences, it is way more likely to capture their attention.

Let’s not forget that context always matters. If someone is reading a news article, they are probably more disposed to reading another article that is recommended to them (even if it’s sponsored).

A more natural content experience that seamlessly integrates into the media that users are already consuming has to be more attention-grabbing.

The panelists agreed that we need to give consumers a greater sense of control. Are your videos fully opt-in? (This means no sound and no motion unless the reader proactively opens it.) If the video automatically starts playing, most people tend to “click to skip.”

However, if the advertiser allows the user to choose to open the video, it could be 6 seconds, 30 seconds, or 60 seconds. It becomes less about short attention spans and more about earning the right attention with the right people that will actually drive good content experiences, and hopefully, conversions.

Overall, advertising should be less about the brand, the agency, or the technology company, and more about what will resonate with the consumers viewing the ad.

After all, in the words of digital analyst Brian Solis, “attention is a precious commodity.”

Dennis Yuscavitch has spent the last several years creating and launching new product, most recently with Outbrain as Director of Product Marketing.