No Longer a “Native Newbie”: Interview (and Free Guide!) with Affiliate-Ace Amy Cheung 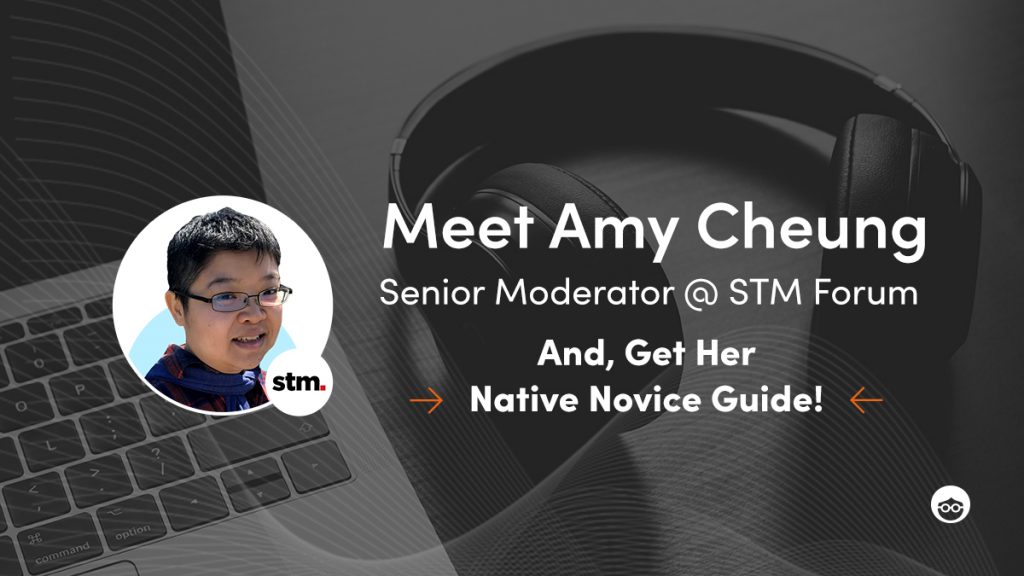 Ever wondered what a first-time native experience looks like through the eyes of an Affiliate?

Well, as it happens, so did we. And that’s exactly where our friend Amy Cheung, Senior Moderator at STM Forum, entered the picture.

A seasoned Affiliate guru with almost 15 years of digital experience, Amy found herself in a similar position to many Marketers nowadays — eager to expand her audience reach beyond the walled gardens of Search and Social and take her full-funnel profit strategy to the next level.

So, with an open mind and offers at the ready, Amy tested her first native campaign with Outbrain — but didn’t stop there. She was also keen on doing what she loves: helping beginners (or, as they say in the Affiliate world, “Noobs”) by compiling her native learnings into a hands-on resource.

But hey, there’s more. Check out what Amy herself had to say about some of the highlights of her first native experience — and stick around for a special discount that’ll help you unlock all the premium Affiliate content that STM Forum has to offer.

Okay, take it away Amy!

Q: Congrats on your first native campaign! If you had to sum up the experience in one word, what would it be?

“The word “potential” comes to mind.

The potential to test, optimize, and scale campaigns on Outbrain just blows my mind. So many different verticals can work, due to the nature of the traffic being so diverse with many targeting options available.

You can split-test ads and landing pages, experiment with a wide range of products and services — there are so many ways to optimize and make this traffic work!
And when it comes to scaling my targets, recent data shows Outbrain’s reach surpasses that of Facebook and Google when it comes to scaling. Making just a piece of this traffic profitable would result in a nice money-maker.”

Q: Were there any features in Outbrain’s dashboard that you were excited to test out?

Q: Bidding models can obviously vary considerably across channels. Any advantage that you’ve noticed operating on a CPC-based model like Outbrain compared to other platforms you’ve used?

“Platforms with this type of bidding model, Outbrain included, are usually very effective in identifying the highest-CTR ads and siphoning the bulk of the traffic volume to them.

I have bought traffic on other CPC-based platforms before. To take full advantage of such bidding models, I would place special emphasis on testing images and titles for ads (with extra focus on images) — to maximize both CTR and conversion rate.

There are what I call “viral” images that do a fantastic job in catching user attention and enticing them to click out of curiosity — sometimes resulting in a high CTR, but not necessarily acceptable conversion rates. I would watch those like a hawk and assess them at the first signs of trouble.”

Q: Were there any offer challenges you were facing on other channels that you felt a native strategy could help overcome?

“I’d say purchase intent definitely comes to mind — not every other type of traffic I’ve run had users that were in a buying mindset. Especially when you compare disruptive pop-up marketing tactics, where most users are annoyed and would just close them.

Whereas, with native traffic, a wide array of verticals can be promoted successfully — from pay-per-lead to pay-per-purchase, and everything in between.

And even when it comes to audience scaling, it’s nice to have access to so much traffic from the same dashboard, without having to run lots of campaigns on lots of different networks in order to scale.”

Q: Looking back, what’s the biggest piece of advice you would tell other newbies who are about to launch their first native campaign?

“I’ve only just scratched the surface of what Outbrain is capable of, but have seen enough to inspire some suggestions for other native traffic newbies.

For one, if it’s possible, request a dedicated Account Manager. They can provide massive help in terms of intel — they know how to bring you traffic that will convert the best for what you’re promoting.

Also, think about how you’re initially promoting your offers. The biggest campaign optimization opportunity will be the cutting of placements (publishers and sections) that aren’t profitable.

Just make sure you’re using data to drive those optimizations. If you spend too little budget on an ad or placement before cutting it, you risk cutting something that could ultimately turn out to be profitable. Too much budget and it’s a waste of money. Being data-driven with your KPIs ensures you make the right decision at the right time.

And of course, can’t overstate the importance of cross-channel tracking. If you’re also running on Facebook and/or Google, it would be silly not to install pixels to build custom audiences from Outbrain’s traffic for retargeting.”

Couldn’t have said it any better! And don’t forget, you can test out Amy’s first-hand native learnings and strategies for yourself — all housed in one can’t-miss guide.

Interested in hearing more of Amy’s insights? You’re in luck — there’s still time to tune into our trending Affiliate Workshop Series to hear her tips on scaling your full-funnel audience goals.

And, stay up to date on STM Forum’s insider Affiliate content — from case studies to video tutorials — with 40% off your first month’s subscription using code OUTBRAINSTM40.

Don’t hesitate to reach out if any inspiration is needed on how to test out these insights in your first Outbrain campaign.

Here’s to your newest native journey!

Mike is a Marketing Manager at Outbrain, primarily focused on the U.S. region. Previously, he worked in both client-side and agency roles, spearheading strategies related to paid media, SEO, and content marketing. In his spare time, Mike enjoys trying to maintain a balance between an active lifestyle and eating far too much Chicago deep-dish pizza.