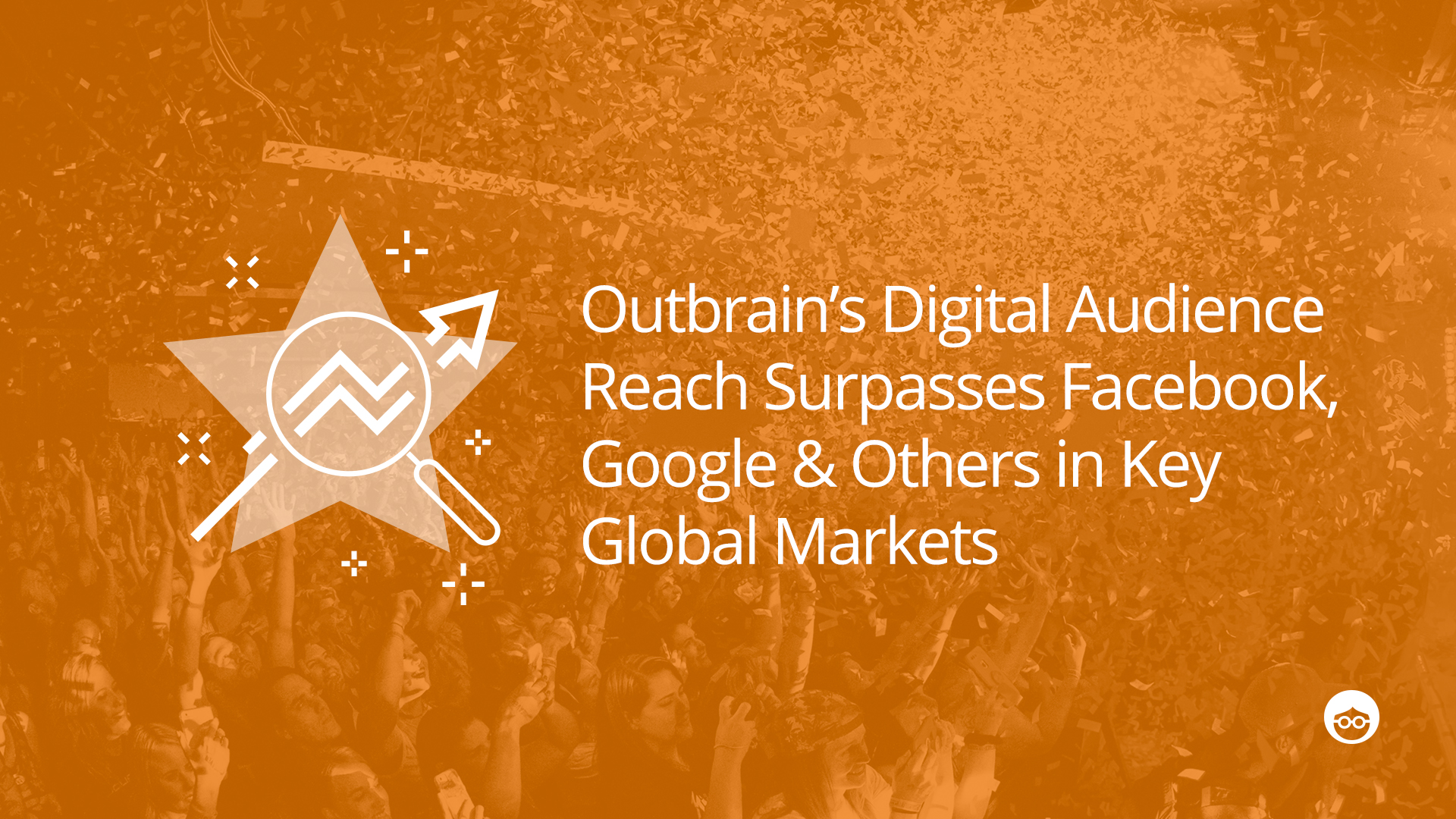 Outbrain, the world’s leading discovery and native advertising platform for the open web, announced today that it is the global leader in total digital reach for the month of April, within key markets including the U.S., Spain, Germany and the United Kingdom. These rankings illustrate Outbrain’s market share against competitors, including Google, Facebook, and other native advertising networks.

Outbrain powers the discovery feed experience for over one billion people across its media and publisher partner digital properties operating on the open web globally.

In the U.S., Outbrain accounted for 88% of the total digital population, surpassing Facebook and other advertising platforms, according to Comscore Media Metrix® Key Measures rankings in April 2019. Outbrain reached 229 million unique visitors within multiple channels across Outbrain’s premium publisher network, taking home the top spot amongst social and native platforms. In addition, Outbrain’s U.S. audience reach increased by 6% since January 2019, highlighting impressive growth in the past quarter.

“Consumers on the web are becoming disengaged with the saturated news & information feeds of the closed web and turning to the open web for a better exploration and discovery experience,” said Eytan Galai, CRO, at Outbrain. “We are the best alternative to advertisers who are actively looking to diversify their media spend outside of the closed web, better engage with audiences, and drive significant return on advertising spend.”

Rachel is a Corporate Communications Manager at Outbrain. She has worked in PR for the past five years since graduating from Northeastern University.