Outbrain Launches ‘She Dares to Dream’ to Support Gender Equality

Females. Strong, bold, and beautiful beings, striving to gain the same opportunities as their male counterparts. Driven by passion and aspiration, inspired by the global movement for gender equality, where every step forward counts.

At Outbrain, we’re taking our own step forward with the launch of a new initiative: She Dares to Dream.

She Dares to Dream was inspired by girls with big dreams. Bold dreams. Dreams with purpose. Like leading an app-driven hackathon. Winning an Olympic medal. Championing a robotics competition.

Our quest: to help turn those dreams into daring realities.

The future lies in the next generation, and today’s young girls are the future of equality.

Today, more than 74% of young girls express interest in STEM fields and computer science, and over 52% of them play organized sports.

Yet as we fast-forward to adulthood, the numbers plummet.

Women own only 5% of startups. Drop out of sports at 2x the rate. Earn only 18% of all computer science degrees. And their ideas invested in 40x less by venture capitalists. At Outbrain, we’re no venture capitalists. But we are investors, in equality, and in our female youth.

Between Wind and Water

Where to start? Between wind and water, literally.

We’re kicking off this movement by sponsoring an empowering sailing duo, looking to bring home the Olympic gold for their (and our!) home country of Israel. Talk about a big dream. 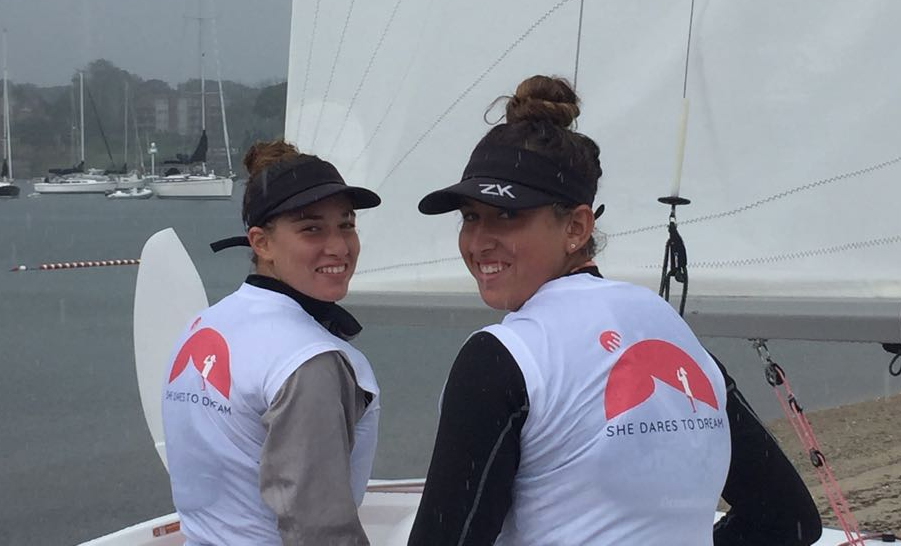 The duo joined sailing forces just this year, though have had their hearts on the sea since they were each 8 years old.

The love for sailing started early for these two as they were brought up on the water — in fact, Zuckerman’s parents are both Israeli Sailing Olympians. Zuckerman’s mom, Shani Kedmi, went as far to finish 12th at the 1996 Atlanta Games and fourth at the 2000 Sydney Games with partner Anat Fabrikant.

The girls are looking to follow in their parents’ footsteps (and their sails).

“Sailing is exciting for us,” said Steigman. “There are so many different elements — wind, water currents, other racers — every experience is different from the next.”

We’re cheering them on from the global Outbrain offices. And we are proud to be backing them with She Dares to Dream, adorned across their vests and sails. 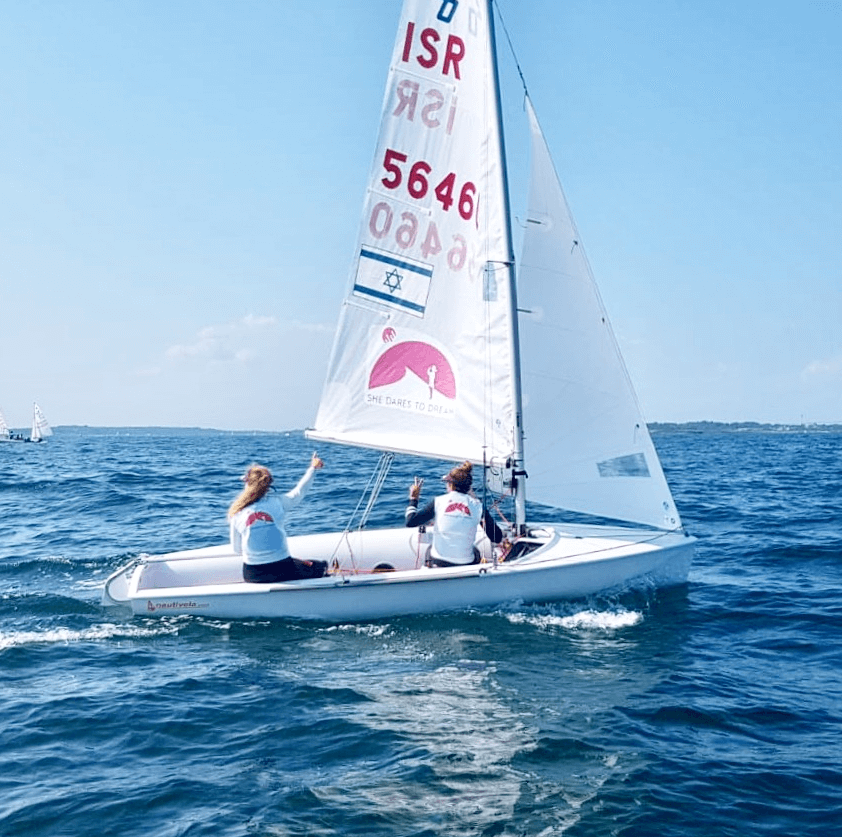 They’ve even named their boat ‘Amelia’ in honor of Outbrain’s mascot. Amelia is a symbol of everything Outbrain stands for, guiding the digital discoveries of readers across the globe. Amelia will also be guiding our daring duo to the Olympics in style — just as ‘The Gucci Gang’ dreamed of.

Sailing is near and dear to our Outbrain hearts since it’s essentially what helped found our company over a decade ago.

Let’s rewind back to 1990 when our founding fathers, Yaron Galai and Ori Lahav, first met in their Navy days. “In the Navy, bonds are made that can’t be broken,” said Lahav. And that certainly held true as the two continued their friendship off (and back on) the boat, taking annual sailing vacations together. 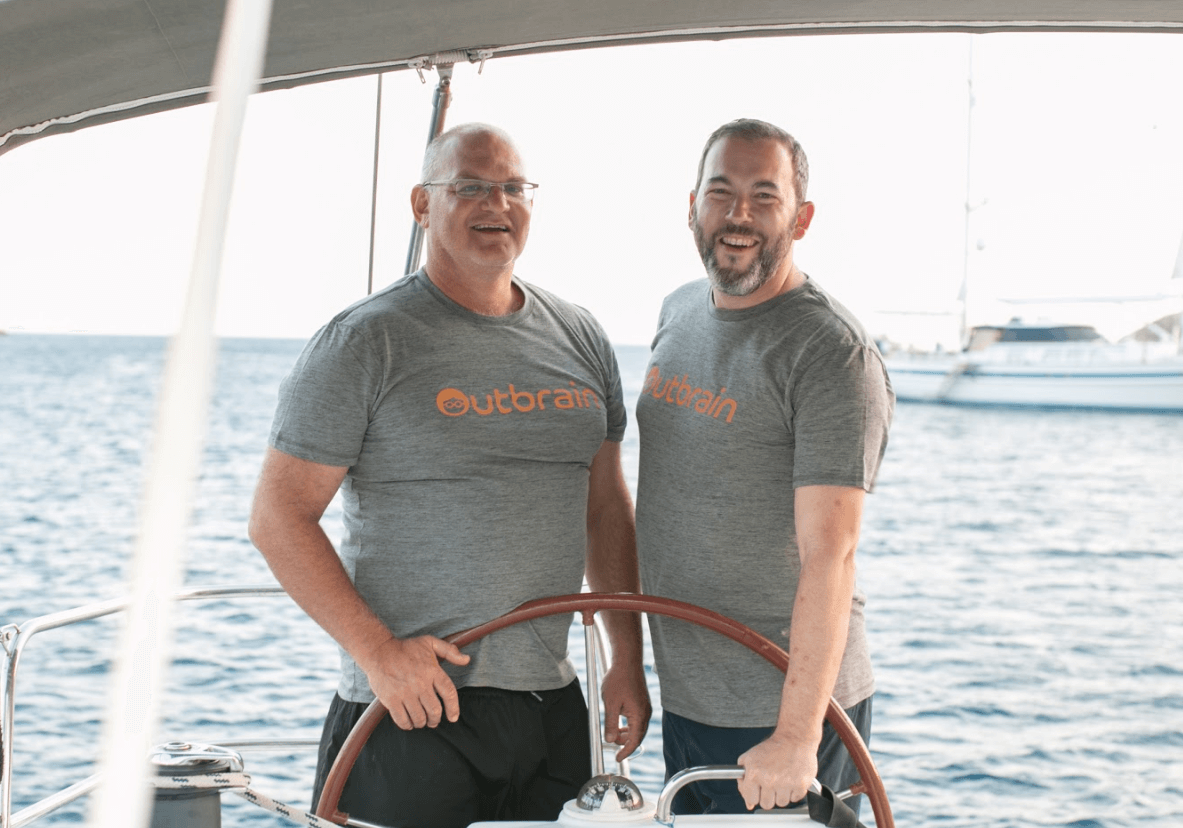 Fast-forward again to 2006. That year was special. That was the year Galai and Lahav founded what we know today as Outbrain.

The two were about to set sail on another trip. Yaron arrived at the docks with a stack of articles he had printed from various websites, all held together with paperclips. Ori was surprised. What is this? This was Yaron choosing to read only the articles that were interesting to him. Ultimately, the inspiration of Outbrains foundation.

Here we are in 2018. The two are still taking their annual sailing trips, now with a group of like-minded startup founders, who share their love for the sea.

It’s no wonder our She Dares to Dream movement started off with a sailing duo.

What’s next? You’ll have to follow along our daring journey to see! #OutbrainDaresToDream

As the brains (and voice) behind the Outbrain brand communications (and our Head of US Marketing!), Lauren spends her days of marketing scrappiness doing everything in her power to gain and retain happy customers.