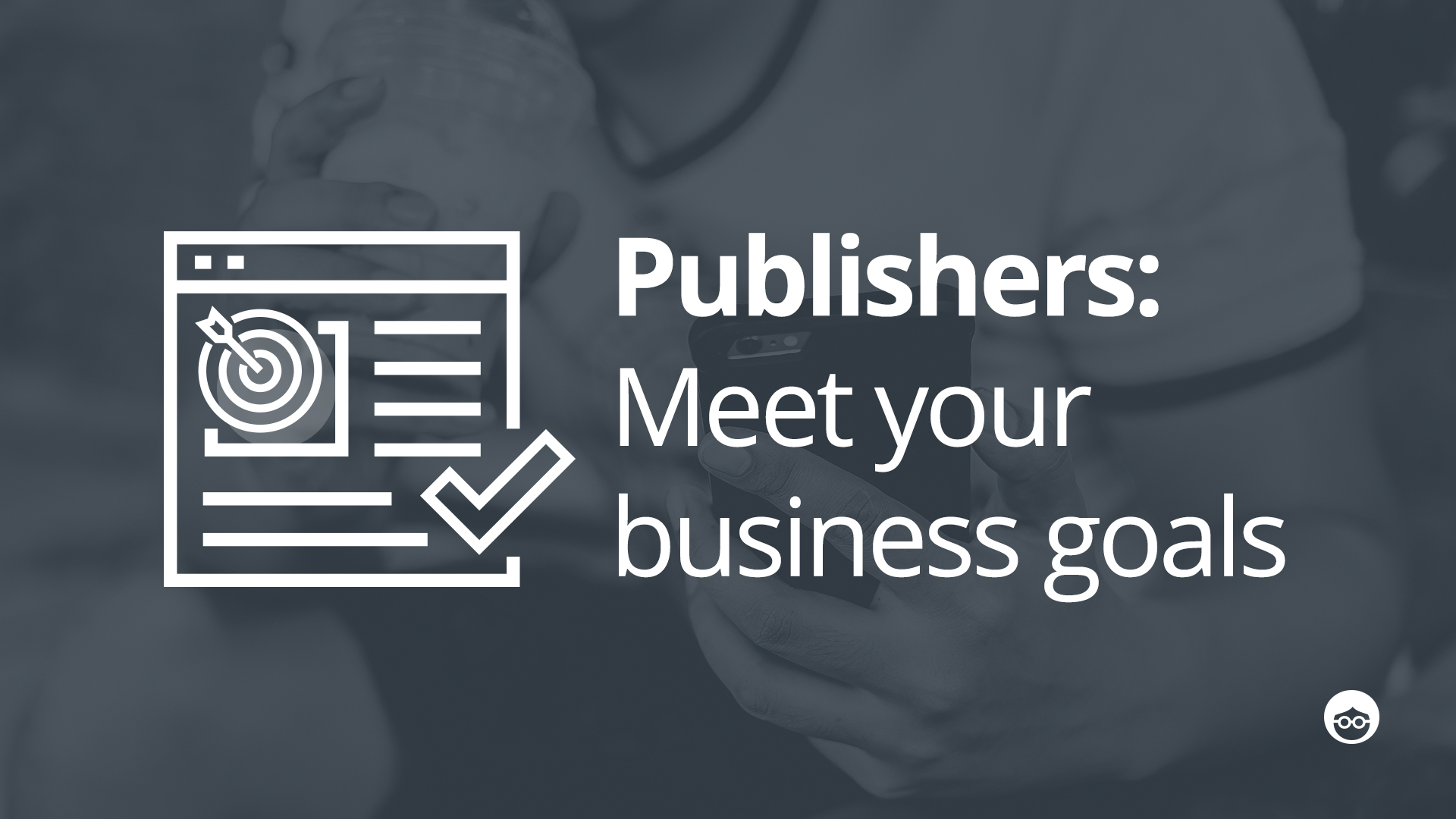 Last year started with a bang (and not a good one) for most publishers: Facebook announced that it was changing its news feed in favor of personal updates, reducing news contributions from 5% to only 4% of all updates. It only took a few weeks before publishers noticed the first drop in traffic, it having already fallen by around 15% in 2017. In a panel session at the Recode Code Media conference a month after the news feed update was announced, Campbell Brown, Facebook’s Head of Partnerships, even stated: “My job is not to make publishers happy.”

While Facebook may have been a bit more conciliatory in the months that followed, publishers should be aware – not only because of this episode – that partnerships with GAFA can be very unpredictable. Alternative channels are urgently needed in order for publishers to direct users to their sites and keep them there for the long term. They need to create a foundation based on several pillars to reduce their overall dependence on any specific external channel.

In an era dominated by mobile traffic, in which interruptive advertising is becoming less acceptable, digital subscriptions are one of the few remaining ways to monetize online sites, alongside native advertising. The “Plus” subscriptions from Spiegel, SZ, FAZ, Zeit or WELT offer extra, high-quality content, including articles, interviews, and special reports. At The New York Times, a role model for many publishers in Europe, digital subscriptions already account for a quarter of total revenue.

The New York Times enhanced its digital offering with separate subscriptions for puzzles and cooking, a dedicated customer retention team, and exclusive content that goes beyond pure journalism, such as podcast reports and lifestyle guides. But the decisive factor was the transformation of the subscription product to a premium lifestyle brand. This is what really draws the users’ attention. Competitors are not just traditional news publishers, like the Washington Post or CNN, but also Facebook, Instagram, Netflix and Spotify. Accordingly, the NYT also developed new marketing tactics, such as the extremely successful “Truth” campaign.

Focus on Users, Not Traffic

Buying traffic is relatively simple and less costly than reaching new, interested users. But it is these engaged readers who will return again and again to the publisher’s assets in the longer term. Savvy performance marketers utilize a wide range of metrics and methodologies to get beyond traffic measurements and to identify users with the highest lifetime value. This too should be the goal of every publisher today: attracting users instead of traffic.

For most publishers, posting regular content on social media, alongside search, is still the most important tool for acquiring site visitors. However, it should be part of a more comprehensive overall strategy. Many subscription-based premium apps, such as the non-fiction book summarizing app Blinkist, as well as publishers, rely on high-quality content marketing to boost their registration numbers. Over the years, they have learned to identify the right KPIs and channels to optimize ROI and scale their apps. Publishers should follow the practices of agile performance marketers and optimize for key KPIs.

Personalized Offerings on the Open Web

Mobile, which is the dominant media consumption experience today, leads to another fundamental change. People like to see content in feeds and it’s what they are accustomed to. Last year at Outbrain, we took the feed experience, which is so popular on social media, and adapted it for publishers on the open web via our Smartfeed™. The aim of Smartfeed is to give users more options and opportunities to engage with content before they leave the publisher’s site. And the proof is in the pudding: Publishers who introduced the Smartfeed increased both click-through rates and RPM.

For publishers, it is critical to adapt the website UX to meet consumer needs and expectations. Personalized content will become more and more important in order to compete with social networks, whose feeds are customized over time by users based on their preferences.

In a digital world, publishers must align their journalistic endeavors with their business goals. To achieve this, innovation and agility will remain the most important requirements.

As Content Manager at Outbrain, Cyrus creates and executes content strategies for international projects across regions. A wordsmith at heart who loves storytelling, Cyrus doesn’t miss a moment to tap into his creative side, playing the piano by ear in his spare time to express language through a timeless art.