Outbrain at Web Summit in Lisbon 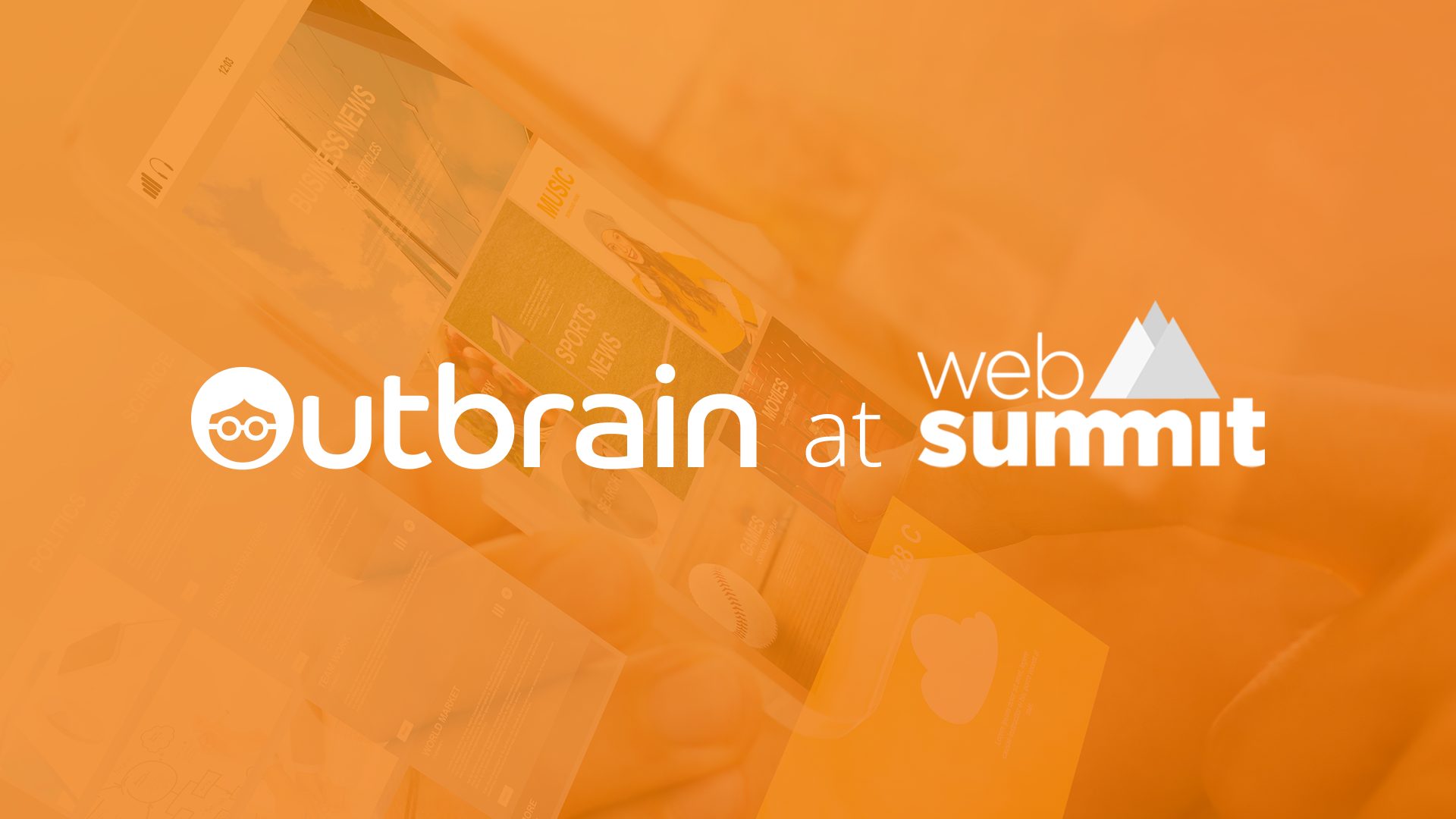 This month, Outbrain participated in the Web Summit in Lisbon, Portugal. Web Summit promotes itself as “Davos for Geeks” and brings 60,000+ attendees from more than 160 countries together to talk about everything from VR and driverless cars to human rights and technology’s impact on democracy. This year’s line-up was particularly exciting. Stephen Hawking was the keynote speaker on opening night and was followed by the Secretary-General of the U.N., Antonio Guterres.

In the panel, Yaron detailed Outbrain’s approach to trust, explaining why we only work with trusted premium publishers, advocate for a CPC model, and proactively look at what happens after the click. You can view his talk below.

Outbrain's Yaron Galai, Great Big Story's Uyen Tieu, MO'AT Inc. Jonah Goodhart & Influence & Co.'s John Hall: Transparency is a major topic in the advertising industry, with marketers under more pressure than ever to clean up the media supply chain. This panel will discuss how we bring transparency and trust back to online advertising.

The second panel was on the topic of Fake News and Yaron was joined by Joseph Kahn, Managing Editor, The New York Times, Ann Mettler, Head, European Political Strategy Centre, European Commission, and Ian Katz, Editor, BBC Newsnight, in a WebSummit 2017 panel on the topic.

Yaron explained the challenges of weeding out fraudulent news and some of Outbrain’s learnings after initially spotting and cracking down on fake news back in 2011— and how Outbrain proactively evolved and continues to evolve internal processes to ensure the highest standards in the industry around misleading or fake news. This includes our stringent advertising guidelines which we publish externally and additional safety measures that offer publishers additional control, like link zappers, whitelists, blacklists, image sensitivity filters and myriad blocking tools.

He also explained that we’re always striving to be better. For example, a recent update to our advertising guidelines, which addresses transparency around political advertising (including advocacy groups and campaigns) ahead of the proposed “Honest Ads Act.” Now (like any earned media in our network) political advertisers must disclose the site the end user will be navigated to, and if it isn’t their site, they are required to disclose who they are.

But beyond tech companies owning up and taking more responsibility, all panelists also highlighted the importance of consumer education and media literacy.

Said Ann Mettler, Head, European Political Strategy Centre, European Commission, “I think we must do better — that’s part of the job of the companies, but I also see a world, where we as users and consumers of news, will have to become our own editors. We will have to be able to discern what is real news and what is fake news.”

This one reason why, in addition to Outbrain’s pro-active efforts internally to shut down anything that does not meet our guidelines, we’ve partnered with the media literacy group The LAMP (Learning About Multimedia Project). Together, we’re working to build awareness and understanding with young people about the news they consume. You can learn more about their nonpartisan 22×20 campaign here.

It is also why we’ve recently updated our disclosure to offer better transparency to users on what they are seeing, easy access to opt out of our interest targeting, and links to media literacy resources, so audiences can stay critical and informed.

We’re thrilled that Yaron was invited to speak at Web Summit — and that we had the opportunity to weigh in on some of our industry’s most important issues with their greatest minds. Learn more about Web Summit here.