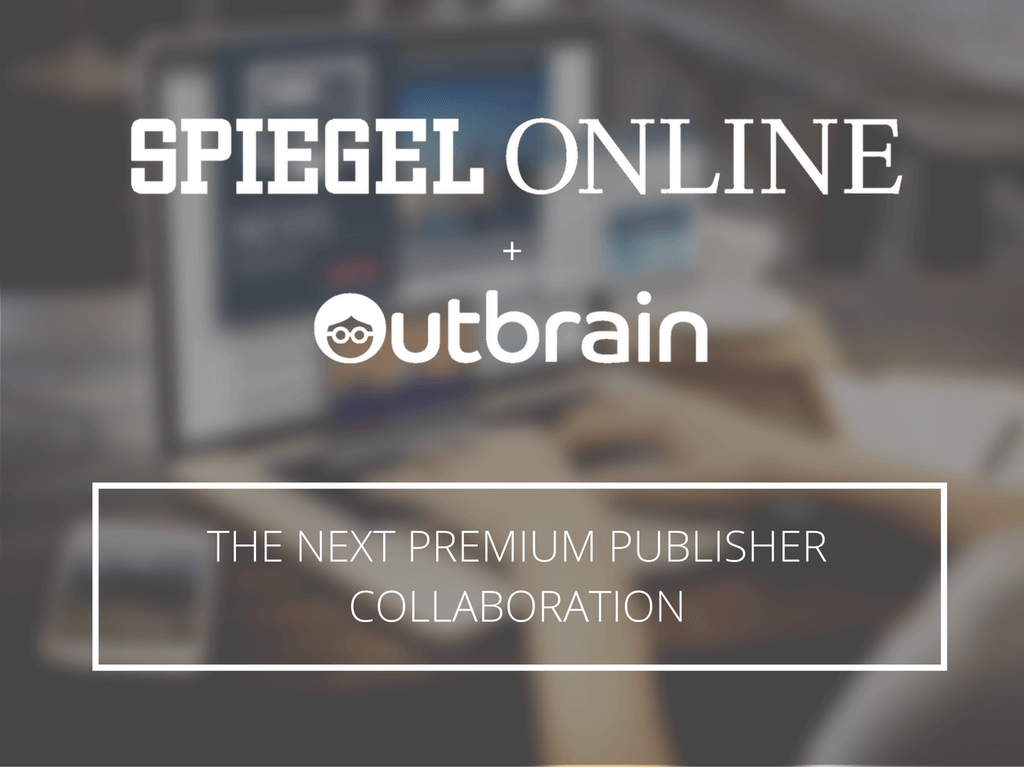 We’re especially proud of our premium publisher network at Outbrain. It is the foundation of our business and important argument for why customers should choose to amplify their content through Outbrain versus other competitors.

That’s why we’re so excited to announce our strategic partnership with the SPIEGEL Group.

SPIEGEL’s three first-class editorial offerings include SPIEGEL ONLINE, Manager Magazin, and Bento Medien. All three will rely exclusively on Outbrain’s recommendation technology and content monetization, as well as implement the Outbrain Engage platform in their digital offerings from November onwards.

DER SPIEGEL’s first issue appeared in 1947, in Hanover, Germany. The original magazine was created after World War II in an effort to provide Germany with “objective news” again after the war.

In 1950, DER SPIEGEL gained wide acclaim for exposing bribery among member of Parliament in regards to the choice of Bonn as the provisional capital of West Germany. Then, later, in the 1960s, DER SPIEGEL gained further recognition for the “SPIEGEL Affair,” in which it was accused of treason for exposing major flaws with the German military. Its founder, Rudolf Augstein, remained in jail for 103 days. The incident was the first time the post-World War II West German government acted in such an extreme manner against the press and Der Spiegel received strong support internationally and domestically. The public even mobilized to demonstrate against the government’s actions.

The publication continues to break important stories and has remained ahead of the curb in the digital age. SPIEGEL ONLINE, in fact, was the first news magazine on the Internet, when it went live 22 years ago. Today, SPIEGEL ONLINE is also well-positioned internationally, with a correspondent network based in Brussels, Instanbul, Moscow, New York, Paris, and Washington.

Outbrain’s partnership with the SPIEGEL further solidifies our collaborations with the world’s largest premium publishers in our effort to provide brands, agencies, and content marketers with the highest quality environments for their digital campaigns. Other partners we recently secured partnerships with in Germany include BurdaForward Group, RTL Interactive, and Condé Nast. With SPIEGEL ONLINE, BILD.de, and Focus Online, we are bringing together the three most extensive news portals in our German-speaking premium publisher network.

We look forward to working with SPIEGEL — and we also look forward to providing opportunities for brands to amplify their content to such a high-quality network of interested readers.

Alexander Erlmeier is Managing Director Central Europe of Outbrain, based in Munich. Alex is a serial entrepreneur and has 20 years of professional experience in online and digital businesses. He founded several startups and worked for the internationally leading companies AOL and Mail.ru. Alex is a sought-after partner for publishers and brands who want to focus more strategically on content marketing and native advertising. When Alex isn't speaking at conferences or establishing a company, you will find him skiing, mountain biking, or capturing his travels with his old analog Leica camera.