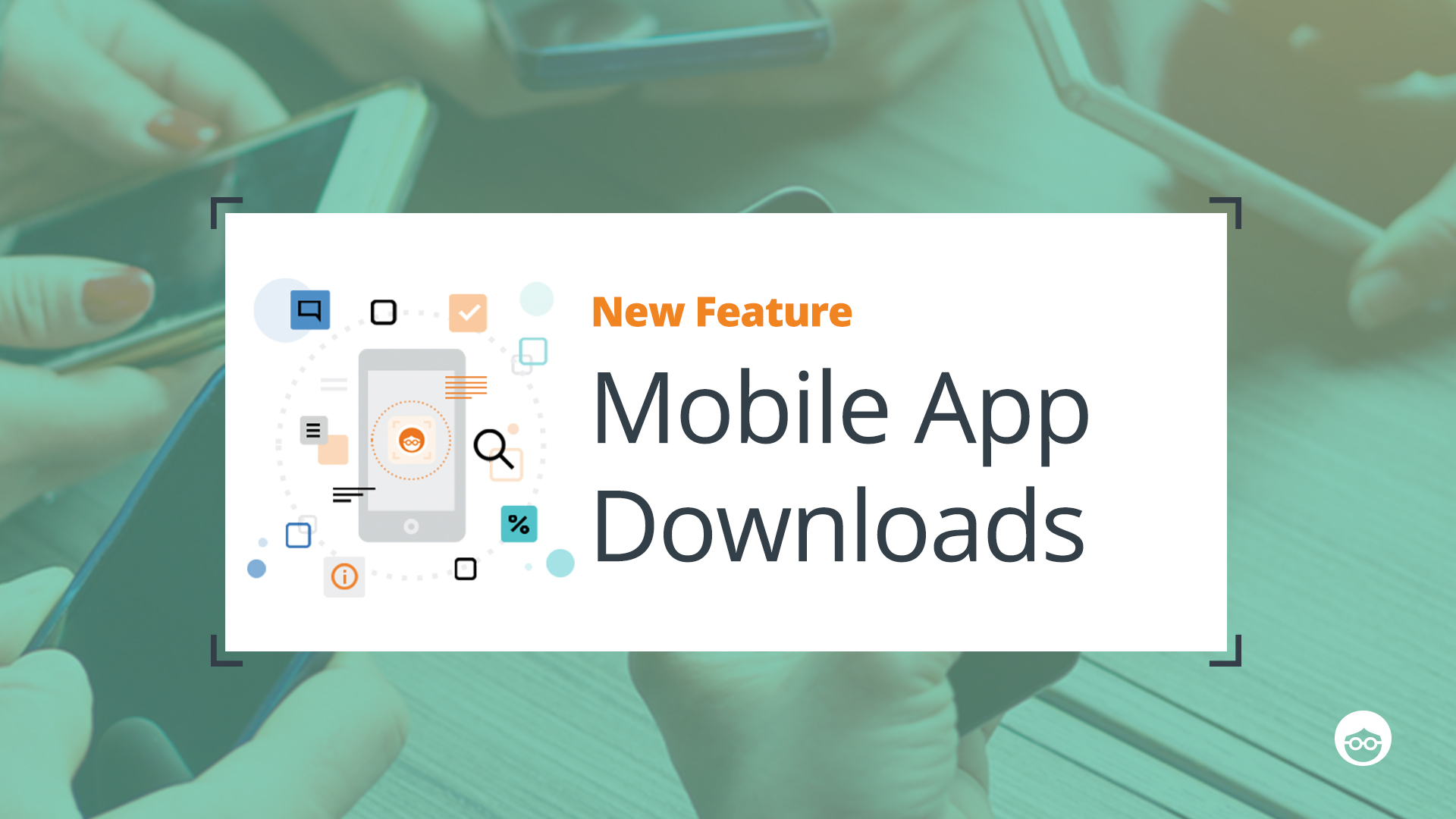 To give marketers a comprehensive view of their mobile app install and engagement campaigns, we’re partnering with leading mobile measurement companies—Tune, Kochava, Adjust, and AppsFlyer. Our partnerships with these companies provide mobile app marketers with a unified view of their campaign download analytics in the Amplify dashboard. This means that mobile app marketers can not only reach new users in moments of discovery, connecting with those most likely to install and engage with their apps, but also use their insights to optimize their campaigns and make informed decisions about their marketing spend.

Having said that, in the spirit of this expanded offering, we’re excited to bring you our roundup of the top 11 apps we’re most excited to have recently discovered. (P.S. Full disclosure: not only are the first three amazing new apps, but they also happen to be two of our early partners!)

Blinkist helps curious minds to fit more learning into their day by providing key ideas from the world’s best nonfiction books in a made-for-mobile format you can read or listen to in fifteen minutes. (Pretty cool, right? We swear we’re 100% smarter since we’ve started using it.) And, in case you’re wondering, here’s what their Co-Founder & CEO Holger Seim had to say about Blinkist’s partnership with Outbrain too. “Outbrain has become an important channel for us in increasing our user base. And, tracking our app downloads directly in their dashboard with the integration of Adjust allows us to make smarter decisions about how to achieve our strongest ROI on Outbrain.”

One of mobile game developer and publisher GoodGame Studios most popular games is Empire: Four Kingdoms, an award-winning medieval strategy game. The incredibly fun and addictive app works like this: Become a mighty emperor of the four kingdoms and prove your skills in a game that combines tactical PvP combat with strategic empire building and resource management. Like Blinkist, GoodGame also saw success using Outbrain. Here’s what their online marketing manager, Mary J. Kim had to say about the partnership: “We are thrilled to be one of Outbrain’s first partners to drive installations of our popular Empire: Four Kingdoms game using their AppsFlyer integration. The ability to drive cost-efficient app downloads is critical for our business, and our partnership with Outbrain has enabled us to do this, at scale.”

Plarium creates addictive strategy games set in post apocalyptic futures or distant fantasy lands filled with magic and dragons. Their titles have richly-detailed production values, immersive stories, committed player communities, and action-packed strategic gameplay. Plarium is a online PC and app developer that works with Outbrain. Here’s what they had to say about the experience: “Pulling and presenting attributed app installs has helped us optimize and scale our account significantly in just a short period.”

In our charged political climate, with its constant stream of news about hacks, leaks, and companies harvesting or sharing data they shouldn’t, people are starting to think seriously about the security of their data. In fact, worldwide downloads of Signal grew 70% in the last quarter of 2016. Signal is a free app that encrypts chats, texts, group messages, and phone calls. It uses end-to-end encryption and doesn’t store user data in its system. It’s entirely open-source, free, easy-to-use, and generally awesome. Signal works with iOS, Android, and Chrome.

We love to work out. You wouldn’t know that from looking at us, but it is a fact!. Gym memberships are great, but sometimes the cost and the travel time are impractical. The internet is awash in fitness apps—free ones, paid ones, ones that offer every kind of workout and fitness advice known to humanity—but Daily Burn is, in our personal opinion, the best. Yes, it costs $10 a month. That’s 1/10 of what you paid for at a gym, and that’s not even a fancy gym. What we love about Daily Burn is that they have an archive of pre-recorded programs you can do if you want to, but there’s also a daily live workout with a trainer.

The pre-recorded programs are at all fitness levels and for all different tastes: there’s yoga, Pilates, super-intense HIIT, weight training, barre, prenatal fitness, dance classes, all kinds of stuff. They’re always adding new programs. But what really sold us is the daily workout. There’s a rotating cast of trainers who switch up the workout every single day. It’s just like going to a class at the gym, only at home. The tone is very inclusive and body-positive. Rarely is there a big focus on weight loss, and they cultivate an online community of fitness friends that all work out together and support each other. There’s a bunch of other nutritional information and stuff they offer too, but for us, the new daily workout is what sets Daily Burn apart.

IFTT, or If This Then That, is more than an app, it’s a program that lets you create your own mini-apps, or applets. It’s not new—IFFT launched in 2011—but it’s amazing smart home functionality has given it a new popularity. How it works is that you can create applets based on conditional statements. So it tells your phone, for example: If Flora is at work, turn off the ringer. If she posts on Instagram, also post on Twitter. It works with iOS, Android, Google apps, all the big social platforms, blogging platforms, media companies, and tons of smart home systems including Google Home, Philips Hue lights, Alexa, Nest, and more. Basically almost everything.

The smart home landscape is still kind of compartmentalized, but IFTTT can knit together different parts of a smart home that wouldn’t otherwise integrate. Say your smart thermostat with geofencing doesn’t organically integrate with your smart lights. IFTTT can tell the thermostat: if you detect someone coming in the door, turn on the lights. Or if the thermostat is set on away mode, make sure to lock the smart locks and turn on the security camera. Essentially, if you’ve ever thought, “Why can’t x work with y to do z?” the solution is probably IFTTT.

Doesn’t everyone have “figure out what the deal with meditation is” on their to-do list? Headspace is a great app for beginners, with animations and guided meditations that make the practice make sense. We admit that we started out skeptical of the whole thing and now we get it.

After the death of Google Reader, there was a vast hole in the “saving things to read but also it’s social” landscape. RSS feeds are a thing of the past, but universal read-later apps like Pocket and Instapaper perform a similar function. Pocket vs. Instapaper is an almost-religious debate, with people on both sides fiercely devoted to their favorite article-saving app. We like that Pocket has social features: you can share what you read and see what others are reading. If you do a lot of subway or other Wi-Fi-less commuting, Pocket will make sure you never run out of stuff to read.

Bear is a note-taking app that has more features and functionality than the Notes app in iOS, but isn’t as bloated as Evernote (plus, it’s cheaper.) As Evernote loyalists leave the app behind, Bear is looking like the next big thing in note-taking. Which, if you are nerd, is a big deal. It’s only for iOS devices, but it supports a lot of cool things like internal hashtagging and markdown. It’s sleek and easy-to-organize, and has lots of export options.

Okay, so here’s something for the Android people. Waze and Spotify have integrated into each other, so that you never have to flip between your music and your map app again. Not that we’re suggesting you play with your phone while driving! (Of course, none of us would ever do that.) But just in case you’re stopped at a light and a song you hate comes on, you can skip it without leaving Waze. Or how many times have you asked a passenger to change the song only to have them somehow close out your navigation app by mistake? If you commute by car or love road trips, this app combo is going to be key. It’s enough to make me consider leaving Google Maps behind, which is saying something, because without Google Maps we would be driving endlessly down ever-more-obscure highways, lost forever trying to find ourfriend’s house.

Yummly is a robust recipe app that does pretty much everything you’d want it to do. It has a huge recipe database with lots of different search options (vegetarian, gluten-free, does or does not contain x ingredient, etc.). You can save recipes to different collections, it auto-generates shopping lists, and you can get a Pinterest-like “save” widget to add recipes you find browsing around. There are social sharing functions, and the newest version allows you to schedule meals in your calendar and the app will alert you when it’s time to get started cooking. Yum(mly).

We hope you enjoyed our round-up and we’re excited to see more mobile app marketers launch their mobile app measurement campaigns. Getting started is easy—just contact your Outbrain representative.

Lior is a Product Manager at Outbrain Amplify. He's just a city boy, born and raised in South Detroit. He took the midnight train going anywhere. One day, he will have the man-cave he always dreamt of.

Flora is a product marketer at Outbrain and previously spent time launching products at publishers and tech platforms. She's always looking for her next book to read, recommendations welcome.