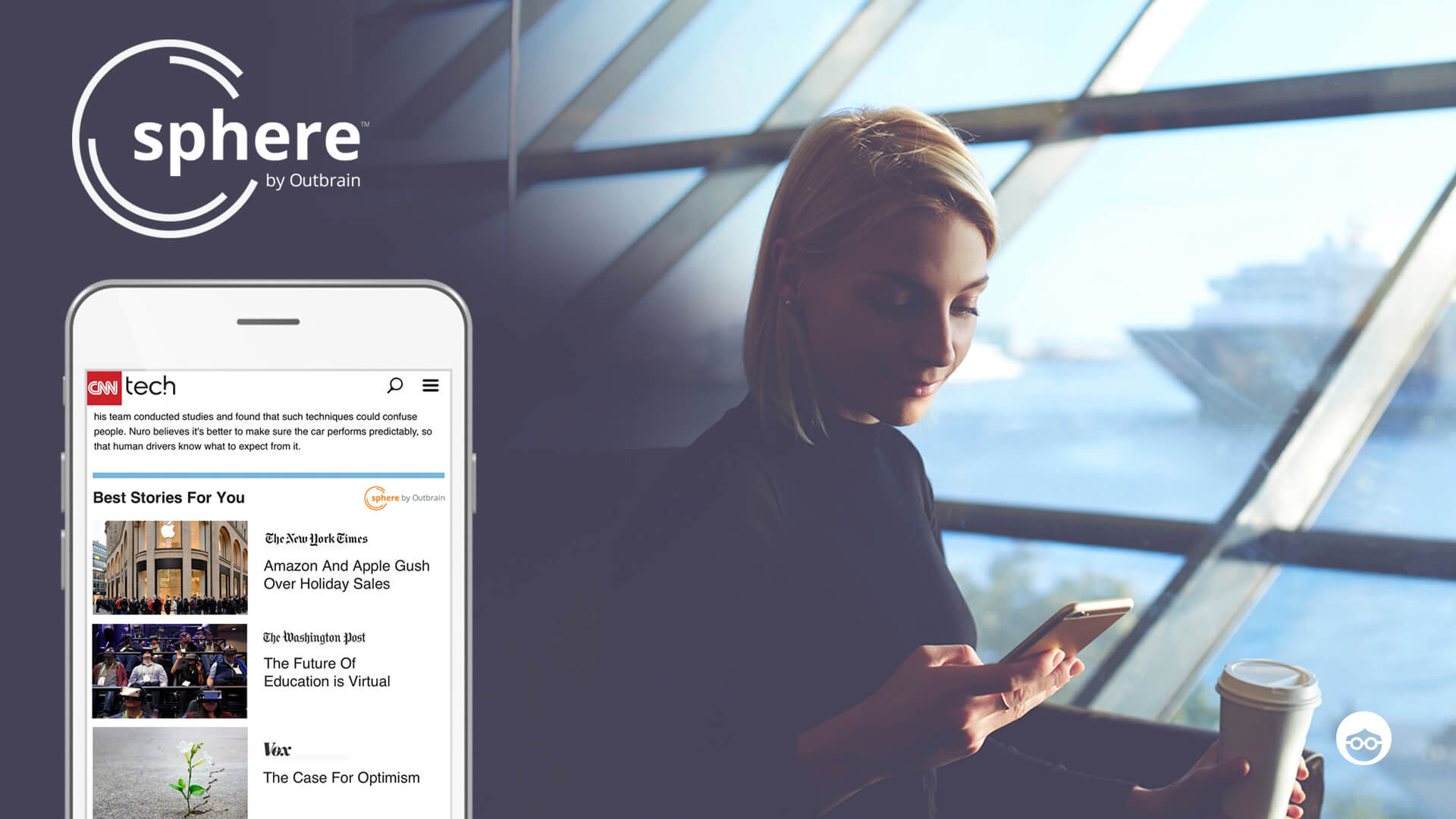 Today we announced a new product from Outbrain called Sphere – a premium, exclusive, publisher-to-publisher (and only publisher) content recommendation and audience network.

Sphere is a big new chapter for us, but in a way it is also a shift back to our roots of why we started Outbrain to begin with (and in the process, pioneered the entire content recommendations market). It’s no surprise that our product team code-named the product “Back to the Future.”

We started Outbrain with a simple hypothesis: the most powerful long-term driver of publishers’ business is people’s trust, which builds loyalty and habits over time. If a person that reads something today comes back tomorrow for another serving, that would create a sustainable, return audience that contributes over and over to the bottom line, producing much greater returns than just increasing ads-per-page until the user experience breaks down.

Over the past few years, most of the industry drifted in the exact opposite direction – preferring more revenue extraction on each visit, while handing people’s loyalty and habits over to Facebook.

It’s time to re-envision the future, which is what we’ve been busy doing at Outbrain since last year.

By using Sphere, publishers give their users a superior news feed with the best editorial content from the best publishers in the world.

Building a recommendation engine is hard and costly. And no one in the world has more experience than Outbrain in doing so; we invented the market for publisher content recommendation engines over a decade ago. Sphere is built upon 10+ years of technology and expertise. On top of that, there’s a bunch of new technology and algorithms under the hood, primarily around maximizing users’ engagement.

In addition to the technology innovations, we’re also innovating on the business model side. The two most important innovations I want to point out are:

To summarize, the innovation we’ve put both into the Sphere technology and its business model is all centered about providing users with the best, most engaging feed of recommended content on our partners’ sites. It’s easy to think of Sphere as a product, and I’m proud of the product our engineering team has built. But if we’re really successful, publishers will see Sphere as a movement: a movement toward stronger industry collaboration, a movement in which user experience is the starting point and not the byproduct, and a movement that shows how new technology can create sustainable business for our media partners.

I want to thank our “founding partners” on Sphere – CNN, Fox, Meredith, Getty, and Penske. These companies had the courage to experiment and innovate to a better future for online publishing. I am deeply appreciative of their support for Sphere as our founding partners.

User loyalty is publishers’ bottom line. Facebook is the perfect example of that. Today we start building that back with publishers through Sphere by Outbrain.

To learn more about Sphere, and to reach out to our publisher team, please visit Sphere.com.

Yaron is Co-Founder and Co Chief Executive Officer at Outbrain. Prior to founding Outbrain, Yaron was Co-Founder, SVP of Quigo, Inc., a provider of performance-based marketing solutions for advertisers and premium publishers. He previously served as the CEO of the company for three years. Quigo was acquired by AOL in December 2007. Previously, Mr. Galai was Co-Founder & VP Business Development at Ad4ever, a developer of rich-media advertising technologies for the web which was later acquired by Atlas (a division of aQuantive). Earlier, he was the Founder of NetWorks Web Design - an SEO and web design firm. At NetWorks he oversaw the production and search engine optimization of over 30 websites. Mr. Galai studied industrial design at the Holon Technological Institute, and is a Major (reserve) officer in the Israel Navy.