How Video Views Are Counted Across Platforms

As brands and advertisers increasingly spend more of their budgets on video, measuring the true success of those video campaigns becomes more important than ever.
But with multiple video platforms offering different ways of measuring views, it can be difficult to tell how those video views compare to one another. Even more problematic is the fact that for a lot of these platforms, that information isn’t readily available.
Pressboard recently took on this challenge by analyzing and comparing how each platform measures video views. What we discovered was that a view on one medium isn’t necessarily as valuable to marketers as it is on another.
The infographic below provides a quick breakdown of how all the major video sharing platforms count (and charge for) views.

In addition to the infographic below, we’ve also compiled five key variables to consider when shaping your strategy for these different channels.

Since Facebook, Instagram and Twitter auto-play without audio, make sure sound isn’t essential in the beginning of your video. As you may have noticed, most videos now use captions to tell their story in combination with images or footage. As a result, viewers can seamlessly and easily engage with these videos rather than have to decide whether to turn on their sound or plug in headphones. 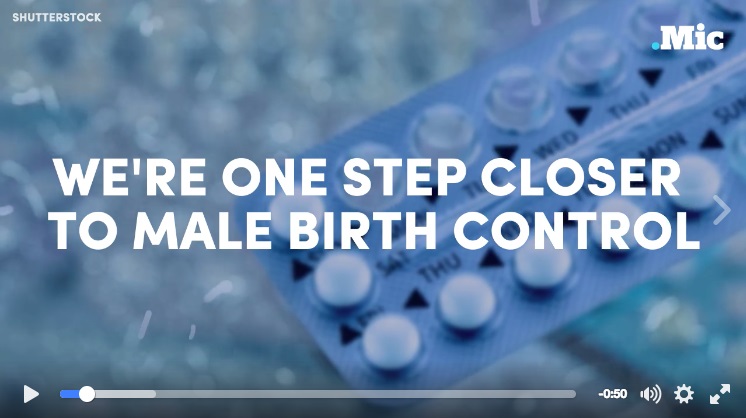 Platforms that allow users to embed content uploaded to the platform on other pages (namely Facebook, Twitter, Instagram, YouTube) have an advantage over those that don’t since they can be shared easily across the web. This way, they’re more likely to be seen by more people.

In contrast, Snapchat videos might have fewer views, but those views all come from a specific, targeted group of platform users.

If you’re not already, you should be embracing the distributed content model. This simply means publishing your content everywhere that’s relevant.

As a best practice, when it comes to choosing which platform to use for embedding on your own site,go with the platform that you’d most like to grow. For example, one reason why Outbrain chooses to embed videos from its YouTube account on its own site is because it would like to grow its YouTube following. 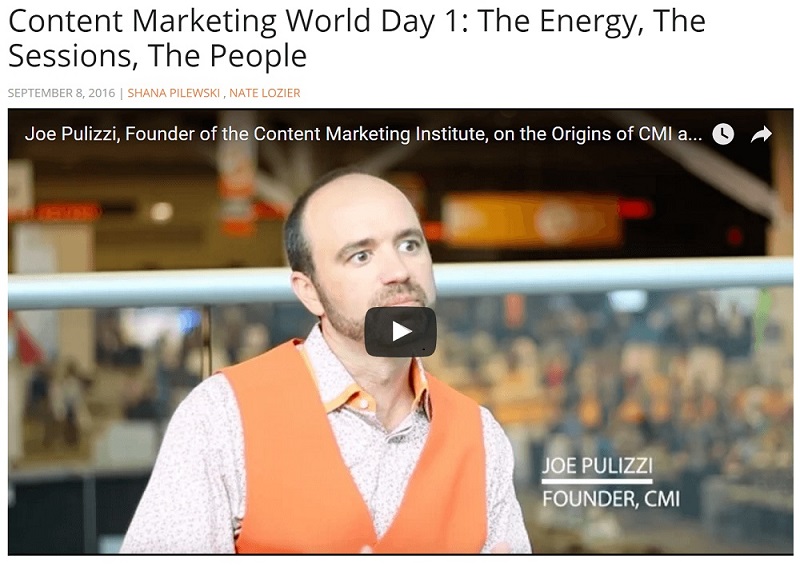 An example of Outbrain embedding video from its YouTube channel on its own blog
Just remember that an embed often doesn’t display the post information with it. All you’ll see is the title. Knowing this, when creating content for these platforms, make sure any necessary context is included in the content itself so that it isn’t lost when embedded.

On every platform (with the exception of Snapchat and YouTube) videos in the feed autoplay. This makes the first seconds of your video especially important. You need to divert a reader from their current activity and make them engage with your content. Facebook provided some of the following insights to help creators capture that limited attention.

2. Put your hero front and center: Every story has a hero. Whether that’s a person or a product. Don’t wait long to introduce that hero. The story is about them after all!

3. Incorporate brand identity early: Consider different ways to present who your brand is and what you stand for as quickly as possible.

4. Write engaging post copy: Optimize your video’s headlines for search and click-through-rates and then move on to the post copy. Does it set your video up properly? Does it peak a user’s curiosity and entice them to watch?

Perhaps the most important consideration when measuring video views is how long a viewer needs to watch before being qualified as a view. Since Facebook, Instagram, and Twitter all count video views after three seconds, it’s fair to say that a view on each is equal. However, Facebook also has a 10-second view metric, which will almost always be a stronger indicator of the true amount of views your video received.

View counts on the Snapchat should be taken with a grain of salt since they count a view the instant a video appears on screen. For that reason, it’s impossible to determine whether a user actually consumed a significant portion of the content, or whether they immediately swiped away. What you are able to do is measure where users dropped off in your Snapchat Story by looking at the number of views for each story when it gets close to the 24-hour time limit.

On the other side of the spectrum, YouTube ensures that users have watched a significant percentage of your video before an organic view is counted. Advertisers can also be guaranteed that they’re only charged when a user watches a video for 30 seconds or more. It’s for these reasons that a view on YouTube is worth more than other platforms.

Visibility measures how much of your video needs to be in display on screen before a view can be counted. Facebook, Instagram and YouTube all follow the Media Rating Council’s guidelines that 50% of a video needs to be visible before it can be counted as a view. I’m sure all marketers would agree that they’d rather have the entire video visible on screen before being charged for a view. If you’d like to ensure that, Twitter is the only social service that guarantees that views are only calculated (and charged for) when the video is 100% visible on screen.

As you can see, not every video view is equal.

Where one platform excels in their standards for viewing time, yet another measures visibility differently.

It’s important to understand the differences in how platforms calculate video views so that content strategies can be adjusted accordingly and so success is measured in context .