Diversity in Marketing and Advertising: Are We There Yet? 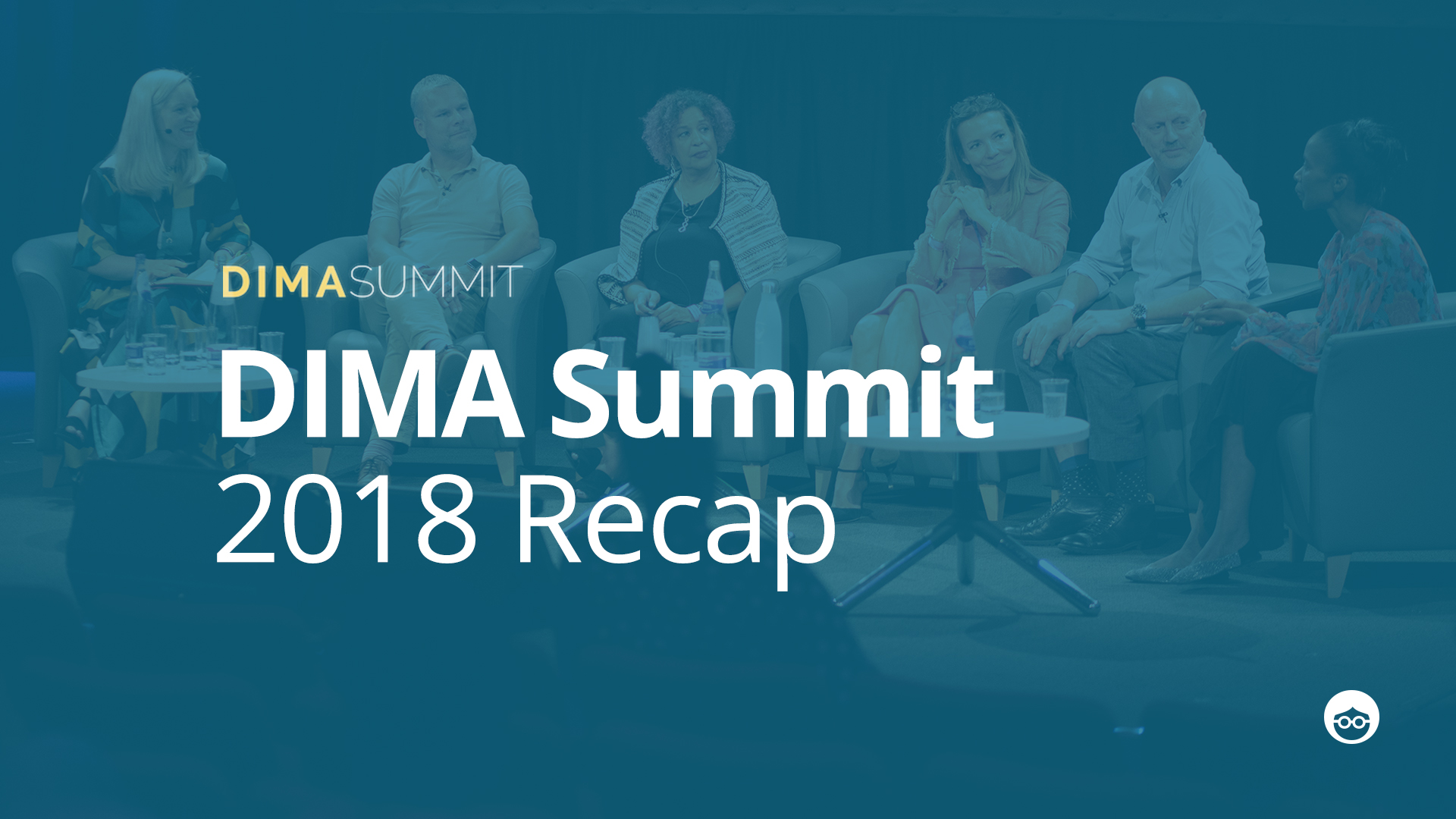 I was very honored to represent Outbrain as a keynote speaker at the 2nd Annual DIMA (Diversity In Marketing and Advertising) Summit, which took place recently in London at the BBC New Broadcasting House.

DIMA Summit is the only event of its kind in Europe, bringing together the entire marketing and media ecosystem under one roof, with a focus on fostering greater diversity and inclusion within the industry. As part of the advisory board, I was privileged to work with the amazing Azadeh Akbari, the founder of DIMA and a passionate activist, who has spent the last few years fighting for equality and more importantly, intersectionality within equality.

It was a very inspirational day for myself and my team members who attended the event. We all left wanting to carry on the fight for inclusion, and champion diversity within Outbrain and our industry.

In the current geopolitical climate, you could argue that it’s never been more important to focus on diversity, as pointed out in a recent article published on Holmes Report; “We live in a society where women have only last week been able to drive in Saudi Arabia and only recently won the right to control what happens to their own bodies in Ireland; where people of colour are still eight times more likely to be stopped and searched by police than white people; where trans people around the world are encountering resistance and abuse; and where there’s still nothing like equality of educational opportunity for kids from disadvantaged backgrounds.”

Indeed, I think the diversity agenda is real in 2018 more than ever. I have been attending the Cannes Lions International Festival Of Creativity for many years, and I can honestly say the topic of gender and diversity was at the forefront of discussion this year.

A number of research studies have showcased how diverse teams are more productive (eg. one McKinsey study showed a strong correlation between ethnic and gender diversity with increased financial performance).  In addition to studies, corporations such as HP support the business case for diversity in marketing, with new data showing its diversity schemes are having a positive impact.

“The tech giant has compared the impact of ads created before and after the launch of its 2016 diversity initiative, with Brand Monitor showing a “significant” six-point increase in purchase intent and HP business drivers in just one year. Separate Marketing Mix Analysis, run by Nielsen, captured a 33% increase in revenue per impression.”

At the DIMA Summit, we heard the importance of engaging men on diversity and inclusion initiatives. According to Boston Consulting Group “worldwide, among companies where men are actively involved in gender diversity, 96% report progress. Conversely, where men are not involved, only 30% show progress.” 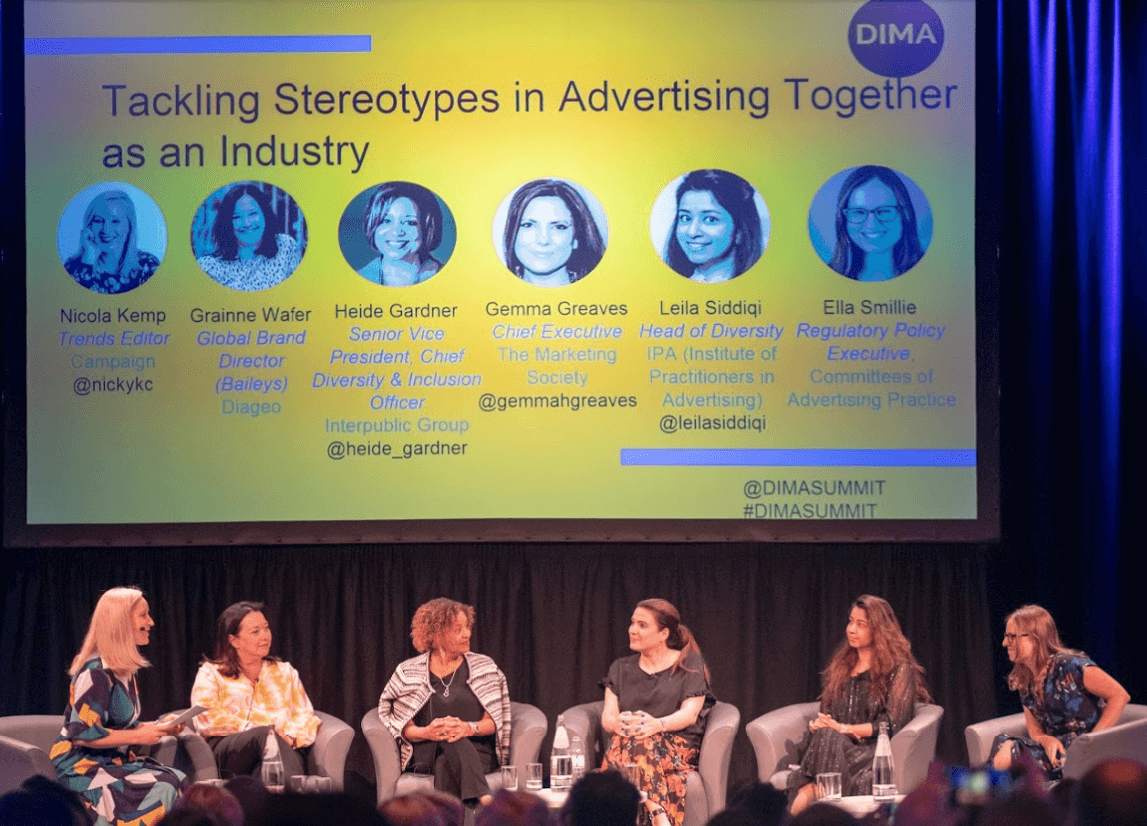 We also discussed tackling stereotypes in advertising together as an industry. There is always more to do to make the case for diversity. Stereotyping in creative content is an issue, whether it be gender, race, age, or sexuality. Brands have a key role to play in moving the conversation, and the movement, forward.

We need more initiatives like the Unstereotype Alliance created by the UN Women, which includes members such as IPG, WPP, Publicis and Omnicom, Unilever, Diageo, P&G, AT&T, Facebook, Microsoft and Google.

The highlight of the day for me was the keynote speech from Farrah Qureshi, CEO of Global Diversity Practice, who delivered a strong message on what it means to be an inclusive leader, looking at the skills and behaviors required to champion inclusion and understand why inclusive leadership is the essential leadership skill for the future.

As the MD of Outbrain in Northern Europe, we try to make sure we have diverse representation of opinions and experiences in everything we do. As a global company, it’s essential to ensure our values are infused with different cultures, but the job is never done. It’s something we have to constantly work on. I am proud to say that I work with the best team ever here in London! Our 47 employees are inclusive of 16 different native languages, a range of ethnic backgrounds and the LGBTQ+ community. This diversity makes us stronger.

We all have a role to play in pushing the agenda forward and making a difference. Being inclusive is the only way forward.

Stephanie Himoff is the UK Managing Director, Northern Europe at Outbrain. She has over 20 years of experience spearheading the growth of Internet businesses in Europe working with innovative digital start-ups and world-leading technology. Her passion for the digital space, strong experience of working cross cultures in international businesses and ability to adapt in fast-paced environments are the key factors behind her success.