Lane Bryant is the most recognized name in plus-size clothing. Their emphasis on fashion and fit – not merely size – makes them a style leader in the industry.

That’s why when they launched their #ImNoAngel campaign in early 2015, it drummed up widespread media flurry.

The national advertising program was designed to invite the world to celebrate women of all shapes and sizes by redefining society’s traditional notion of sexy and challenging ideals largely popularized by Victoria’s Secret.

You probably remember it… 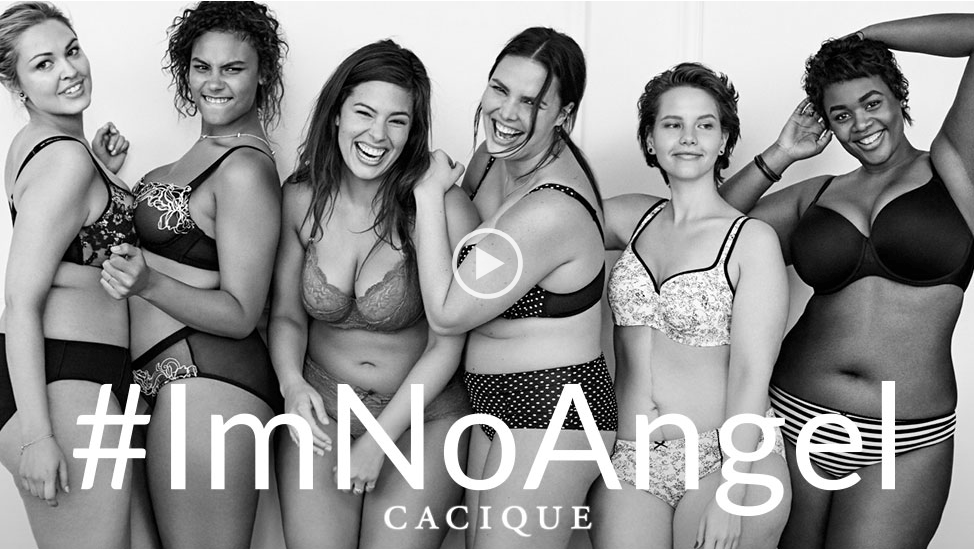 But how did they really do it?

Here’s how the nation’s leader in fashion for women sizes 14 to 28 boosted engagement and went viral, successfully spreading their message of “ALL women are sexy.”

Locked and loaded with ads featuring plus-sized models in the brand’s lingerie at Lane Bryant stores, across social media channels, and on billboards, buses, and subways–they didn’t stop there.

Media Kitchen, the agency of record for Lane Bryant, knew that the key to raising the profile of campaign was to approach it with two additional key themes in mind.

In total, they amplified 75 articles for promotion across premium publisher sites in the Outbrain network.

In order to create the content diversification, Lane Bryant was looking to build around its campaign, Outbrain was enlisted to add articles for amplification each time a new earned media piece was written.

That meant providing a constant stream of fresh content.

Strong keywords and the #ImNoAngel hashtag were optimized during headline testing to further draw powerful comparisons to Victoria’s Secret advertising.

That made the campaign increasingly notable.

Check it out for yourself: 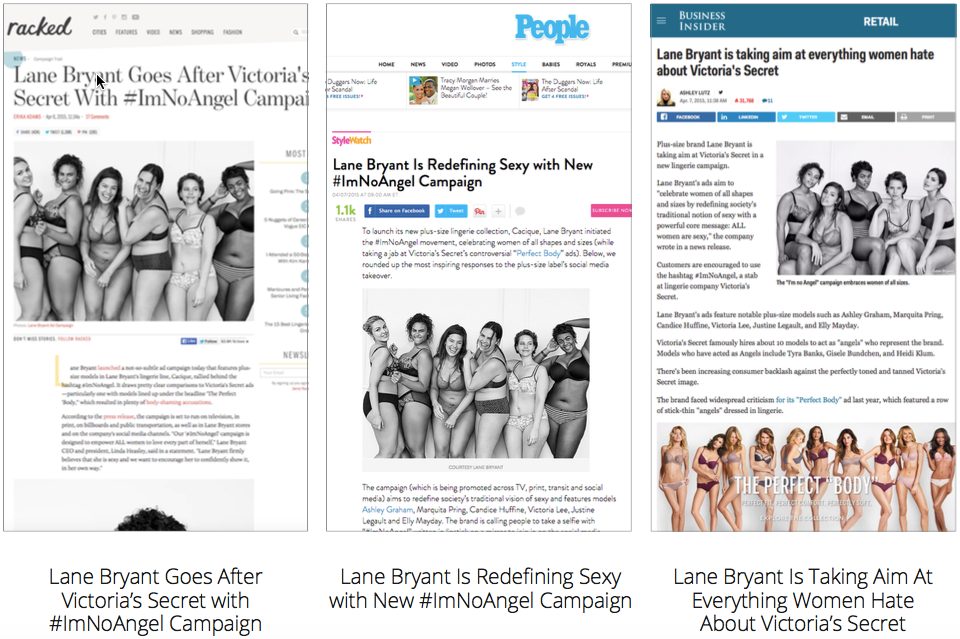 Over the 2-week amplification period where earned media content was optimized, a 3.3% page view rate was garnered along with a 238% increase in CTR.

With 6x higher engagement on-site, Outbrain was the most successful tool for driving audiences directly to the Lane Bryant site when compared to other channels used. 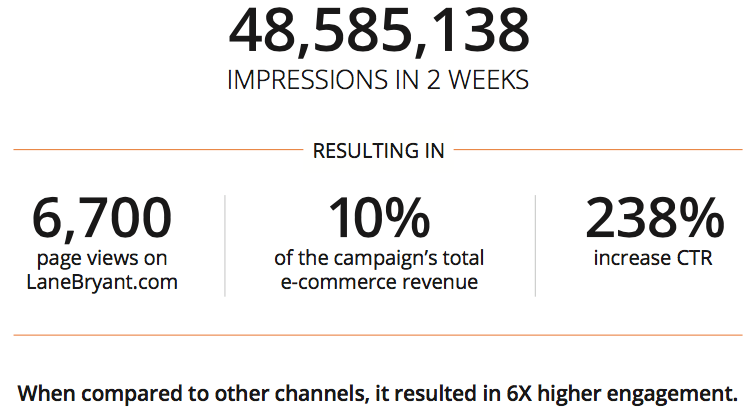 Additionally, while the spend on the Outbrain campaign was only a modest 2% of the total digital budget, the amplification resulted in approximately 10% of the campaign’s total e-commerce revenue.

We were excited to see how well the links drove engagement on the Lane Bryant site. We would recommend press amplification for any future buzz-worthy campaigns.

All smart marketers know that the campaign doesn’t end once stories drop off the news feed or posters are removed from bus and subway signage.

Now that they’re top of mind, Lane Bryant plans to stay that way, all while driving newly engaged users down the content funnel.

By retargeting the upper-funnel Outbrain audience members who were originally touched by the digital campaign, they can leverage concurrent display, search and social.

This will help fill the content gap needed to engage and support decision-making with the brand.

Talk about a great way to drive home an important conversation.

Jorge is currently Account Executive at Outbrain New York where he manages a portfolio of clients from several industries such as Retail, Travel, Finance and Consumer Brands. He works closely with each of these clients to understand their online marketing challenges, helping them achieve their goals. Originally from Spain, he's been living in New York City for the past 4 years. He loves the Big Apple but sometimes misses the sun and tapas from his home country.