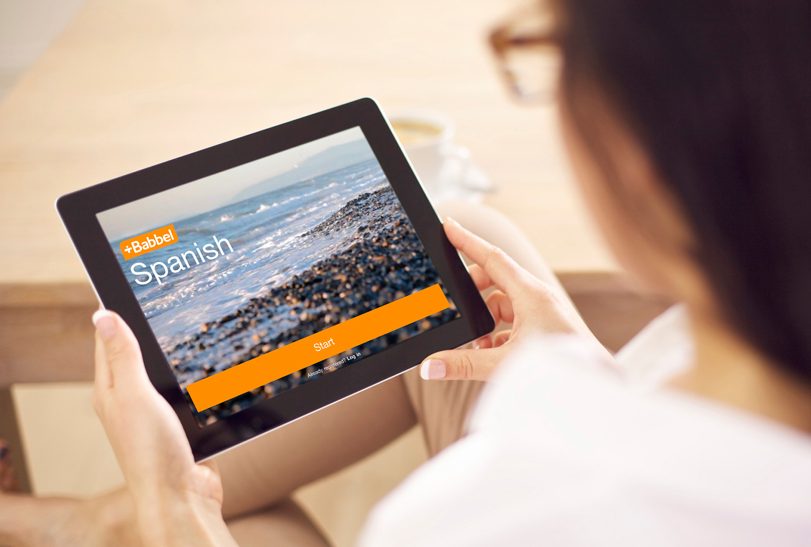 Babbel.com is an online language learning platform that provides everything you need to speak, write and understand a new language.

They know how important it is to fit seamlessly into their audiences’ everyday life, which is why users can learn 13 languages whenever and wherever they want – on their computer, tablet or smartphone.

As an amazing addition to their product, they designed an online magazine which they use as a content marketing channel aimed at reaching new and motivated users.

Through the creation of interesting and evergreen content, they’ve been able to raise awareness of its learning platform and how easy and affordable it is for people to learn a new language. The results speak for themselves: the Babbel app now sees up to 120,000 downloads per day.

Here’s the story of how content has become a valuable addition to Babbel’s digital marketing strategy, helping them achieve increased registrations and app downloads.

Carefully crafting the experience as an extra layer of verbosity and sophistication on top of more traditional channels, they hold regular editorial meetings to ensure the Babbel Magazine is creative, fun and engaging.

With video becoming a large focus due to its ability to encourage conversations and interaction with audiences, they also highlight the polyglot Youlden twins as a part of their regular outreach.

Exposure of the Youlden twins, who each speak over ten languages, even ended up translating into a national television appearance in Germany.

The twins, who were challenged to translate Turkish after having learned the language in just one week using the Babbel app, brought in a big win for the brand’s performance marketing portfolio.

Instrumental to the continued growth of the content marketing program created around their magazine has been its scalability of distribution through Content Discovery.

After trialing Outbrain with just one article – “10 Tips and Tricks to Learn a Language” and seeing positive results, Babbel expanded its campaign and now uses Outbrain to promote a broad range of content.

Once amplifying their content across Outbrain’s publisher network, they were able to efficiently target relevant audiences across several countries, languages, and devices.

With Outbrain’s ability to geo-target readers by location and language, English language sites in Germany could be targeted with content on learning German, and people located in California shown content related to learning Spanish.

Now that’s how you integrate a multi-language campaign with evergreen content for increased conversions.

As a result of Outbrain traffic originating from the smart paid advertising campaigns referenced above, the number of registrations coming from the amplification of the magazine’s content increased by a three-digit percentage.

That was in just the first month of working with Outbrain. 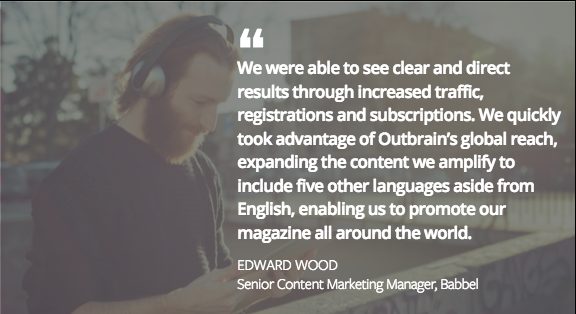 From there, Outbrain became one of Babbel’s biggest traffic providers, driving millions of users each month to the magazine, approximately 80% of which were new.

Babbel’s content marketing initiatives have proven a wise investment for reaching new audiences, with the team’s efforts now driving 4.5 million users to the magazine each month. The company’s partnership with Outbrain has proven invaluable in this respect.

Learn how you can reach new audiences by promoting your content with Outbrain, or for more customer stories, check out our case studies.

Eirini Pan was a Marketing Manager at Outbrain's European team. A Greek based in London, she manages data insights and design activities across Europe.