The Unrivaled Benefits (And Often Unexpected) Of Content Marketing 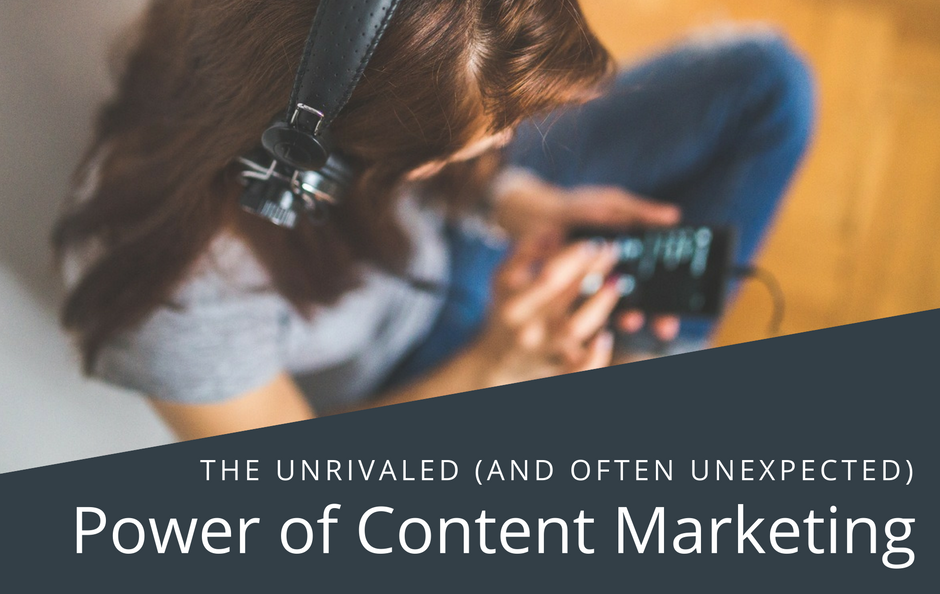 In the months following the launch of content marketing at Babbel, I adopted the demeanor of the nervous parent who’s just permitted the kids the freedom to roam. I consistently checked in on articles, videos, platforms, campaigns… plagued by the fear that something bad – really bad – would happen.

It could have been any number of things: a howling editorial error, a poor choice of topic that goes viral in all the wrong ways, copyright infringement,or that seemingly innocuous combination of a headline that’s written a little too seductive, a bid that’s just a little too high, a weekend, and a daily cap with a few too many zeros. Any performance-oriented content marketer will probably know what I’m talking about.

When you’re worried about such things, you micromanage, and when you micromanage, things rarely go too wrong. That said, there is, of course, a downside. You sacrifice creative freedom, and it’s exactly the creativity required to deliver you to the semi-apocryphal next level. Now that I’ve learned to quell the fear and take a step or two back from the nitty-gritty (that most un-business of words that business people seem to use), I can take stock of the unforeseen consequences of what we – a team of 16 content specialists working in 7 languages – have cobbled together over the last two years.

I’ll present five points, each elaborated by the story of one piece of content.

These five points demonstrate how content can be effective, and how it has the irritating habit of getting more exciting the more difficult it gets to measure.

1. Four Gentlemen Who Each Speak Over 10 Languages

Matthew and Michael Youlden, Luca Lampariello and Alex Rawlings are all polyglots. They speak over ten languages to a high level, and they’ve all volunteered to have their abilities put to the test in Babbel videos. The most recent of these tests is the One Hour Language Challenge, in which all four undertook the task of learning Romanian in, yep, you guessed it, one hour:

This was a culmination of a series of videos we’d made with our beloved polyglots. This series had come to form the foundation of our YouTube channel and our magazine. The ripple effects were remarkable – the keywords polyglot and Matthew Youlden shot to the top of our YouTube search keywords, and Matthew and his twin brother Michael were invited to appear on tv and radio around Europe, as well as do a TedTalk.

You can use content to build your own influencers within an industry, which humanizes the brand and enables you to build a more committed, reactive following across social networks.

The first article we ever put online included a video of Matthew speaking nine languages and his tips and tricks to learn a language. It was obviously directly targeted at potential language learners. For our second article, we wanted to make something viral, something that would travel, something that would elevate our brand effortlessly into a position of posterity among the pretty darn cool.

We wrote about 33 American movies with hilarious foreign titles, and it flopped, and we returned to the drawing board:

And then eighteen months later we started realizing it was climbing up the organic search rankings and bringing in the odd new user, so we commissioned one of our favorite illustrators, James Chapman, to add some color to the article. From that point on it gained a life of its own, circulating the web thanks to search and share.

What’s a failure by one metric can be a success by another. Try to determine a purpose to every piece of content, but don’t be blind to the unforeseen effects.

3. How To Name German Animals

It’s amazing how jpgs and pngs can travel. This flowchart was a labor of love, carefully mapping the comical and convoluted roots one can take to decipher the names of German animals. We released it and, once again, very little happened. Then, suddenly, it started popping up all over the place and even appeared on my own Facebook feed. It had been picked up by a few Facebook pages frequented by the expat community in Germany, who had then gone on to share it enthusiastically.

Everyone rattles on about relevance, but this is perhaps too broad a term. The more self-referential a piece of content is, the more enthusiastically it will be received.

4. Over 100 and still learning languages

Gianni is very probably our oldest learner. At 101, he’s a diligent student of the English language. After he contacted us to very kindly deliver some compliments concerning our product, we asked him whether he’d be interested in talking about his experiences in language and life in general. To our delight, he agreed, and the video and accompanying article enjoyed a great reception in his native Italy.

In all the other countries, however, the video was met with a polite indifference. It was one of the first monolingual videos we had made, and it served to highlight the importance of localization and diverging country strategies.

A message that works in one country will probably work in another, but altering the vehicle for this message is critical – it needs to be familiar and relatable.

Our most recent release has probably been our most viral. We published Brazilian Pronunciation and Brazilian Gestures across YouTube, the magazine, Twitter, Facebook, and Instagram, adjusting the video format and framing for each platform. The Brazilian Pronunciation video took off on Facebook, garnering half a million views. Both videos quickly
surpassed the 50k mark on YouTube and benefitted from traffic moving between them. Soon they were picked up by trend blogs and a smattering of national newspapers, followed by a Brazilian national tv station.

Releasing a group of related content pieces (sharing a similar theme and look and feel across platforms) in quick succession can lead to an amplification effect, creating a whole superior to the sum of its parts.

Individually, the above points may not seem like a lot.

Once you package them together, however, you realize what an unusually potent force content can be, raising the profile of employees to experts in a field, gaining sustained visibility in organic channels, directing broader marketing strategies, and providing marked peaks in traffic, awareness, and engagement.

Observing this – how each piece of content develops a life of its own and interacts with the others around it – is undoubtedly one of the most enjoyable parts of the job.

And now I sound like the nervous parent again…

Ed leads the Content Marketing Team at Babbel. This team is responsible for the production and distribution of content across six languages on the Babbel Magazine and social channels. Prior to leading the Content Team, he worked for two years in SEM at Babbel devising search, display, and video strategies, and for another startup specializing in video learning. He holds a B.Sc. in Psychology and an MA in Political Science and has also worked as a translator and teacher in Spain, the UK, and Germany.

Join us as we reveal the new rules of marketing engagement