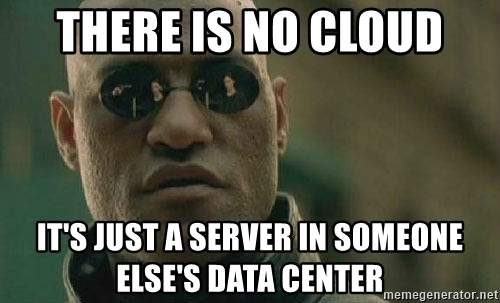 The Cloud is an Illusion

Cloud service providers have enabled innovations in many areas of our society from the way we watch movies to the way we share media with our family and friends. Companies can focus on amazing products without having to worry about managing data centers, servers, networking equipment, and all of the complexities therein.

But the cloud is an illusion, just an abstraction. Behind every cloud are data centers full of countless racks of servers, routers, firewalls, and engineers who design, deploy, and manage them. There is physical infrastructure that powers the technology we enjoy everyday and, at Outbrain, we run the majority of our workloads on bare metal infrastructure. We are, for that matter, our own cloud provider. This post is a peak behind the curtain of how we do this, at scale.

It was a sunny day in California…

In the summer of 2017, our new West Coast data center went live, along with our first fully automated 10G network deployment. It was a great success, which is why we wanted to also roll it out in our other data centers. The new mission was to migrate every server from our legacy 1G network to our shiny new 10G network. Essentially, this meant installing 10G network cards and running new twinax cabling to a good number of thousands of servers. No biggie… except:

How many Engineers does it take to…?

Let’s take a look at everything that goes into a manual migration of one server, so we can better understand the task at hand. We will narrow the focus to one specific case: migrating a mysql node to the new network.

* This is a simplified explanation of the process, and assumes everything goes as smooth as possible. It involves 3 Outbrain engineers to be available across a major time zone difference + on-site remote hands. That’s 4 engineers to migrate a single node.

And now that we’re done, there’s only… a few thousand servers left to migrate…running on various types of hardware, with different versions of Linux, different applications and operating under different availability restrictions.

Which begs the question – Will it Scale?

After a few iterations, this is what the process looks like from Outbrain’s perspective:

This is the process from the perspective of a remote hands technician at the data center:

Meanwhile, Gerry and Yuval’s teams are getting updates via email every time a server begins and succeeds the migration process. They can monitor the Slack channel during the process, or even look back at all of the migrations in a Kibana dashboard. If anything ever goes wrong, the iPad communicates that Mike should stop and contact Outbrain. The iPad won’t take any wrong actions if it is plugged into the wrong server or reseated at any point.

How We Built It

When the iPad is plugged into the server, it is recognized by a udev rule. This triggers a wrapper script that contains all of the migration logic. Here’s a deeper look at the individual steps and components:

Chef contains all of the necessary scripts to run the migration. This includes the udev rules and the wrapper, networking, and application specific scripts. The Chef recipe chooses the proper pre and post migration scripts based on the role of the server.

UDEV Rules are very powerful, and we use them define what happens when the iPad is plugged into a server:

This rule roughly translates to: “When a usb device with this serial number in plugged into the server, run the following wrapper script”

A custom startup script is what triggers the wrapper script when the server boots back up after a shutdown or reboot to perform the next migration step.

The wrapper script holds all of the logic and functionality of the process.

Now we can set a bunch of servers to maintenance mode, hand off the list of server locations to remote hands, and continue our daily work while they are migrated.

And since this works so well using the current approach, work is underway to generalise the concept and make it available to many other types of physical maintenance.

So that our cloud can continue to build itself… while we sleep.