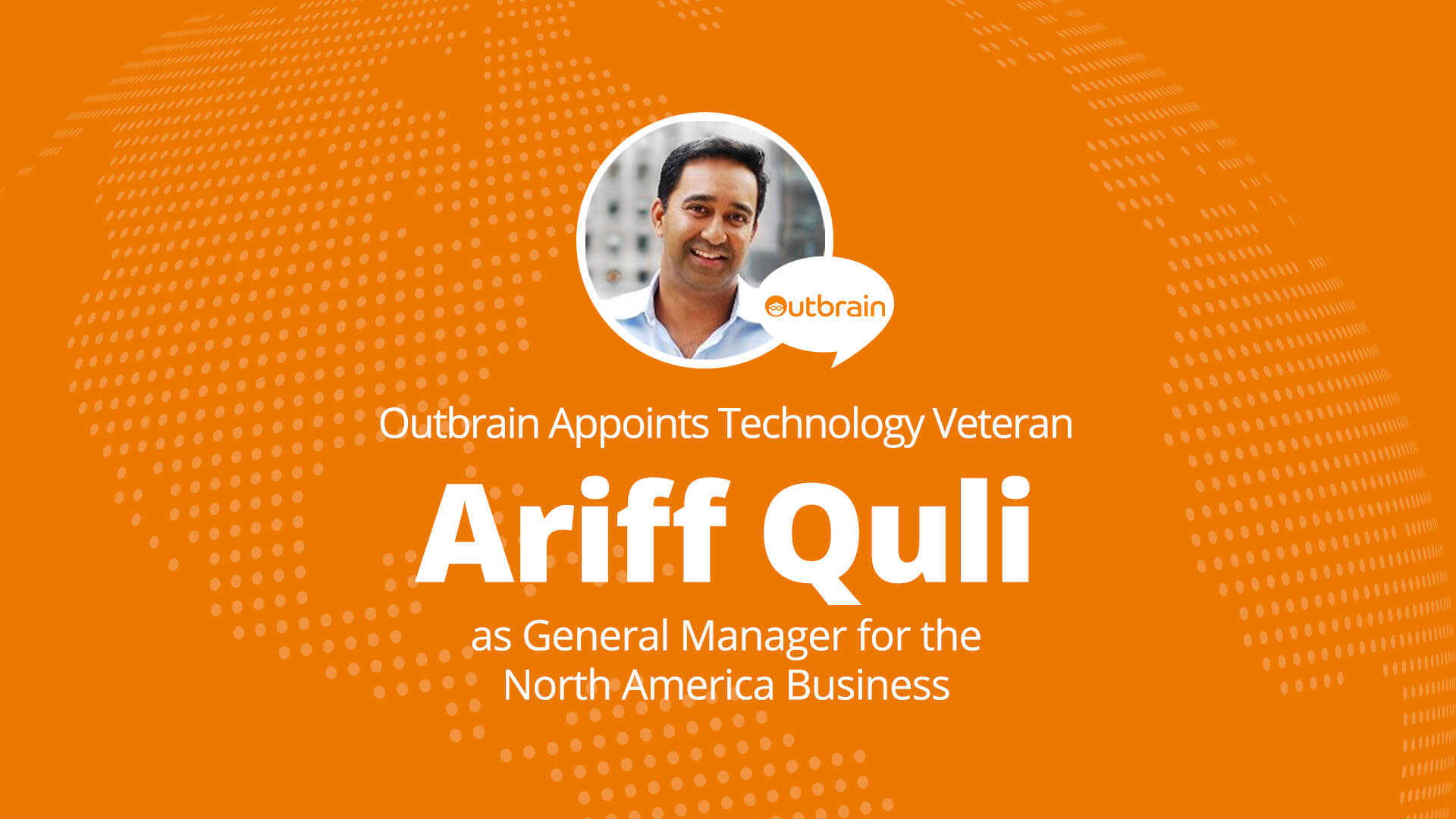 An innovative leader in the digital technology space, Ariff brings more than 15 years of experience with a proven track record of building strategic partnerships and improving efficiencies that have increased profitability and revenue growth. Ariff has also more than a decade of experience in operational leadership on a global scale for AdTech, MarTech and Software as a Service (SaaS) organizations.

“2018 was a record year for Outbrain, exceeding our profitability goals, and rounding out our leadership team with Ariff positions us well for the long-term,” said Eytan Galai, chief revenue officer for Outbrain.

“Our publishers and advertising partners will benefit from his expertise. He truly shares the same passion for our vision and mission which is why I am delighted for him to join the team.”

“I am excited to join the leader in the native advertising space and look forward to playing a vital role in furthering the growth of such a dynamic and respected brand,” said Quli. “I have long admired Outbrain’s innovative spirit and its commitment to driving the industry forward with new and unique ways of discovering news & information,  which is why I am pleased to join their ranks.”

Founded in 2006, Outbrain’s mission is to create the most meaningful and trustworthy online discovery feeds connecting a person, channel and marketer.

Outbrain’s native advertising technology powers the news, product & information feeds of the world’s most recognized publishers and channels including MSN, CNN, BBC, The Washington Post, The Guardian, and Sky News.

Outbrain is headquartered in New York with offices in 15 cities worldwide.

Brian Gallagher is a Director of Corporate Communications at Outbrain.