Advice from a PokéMaster: What Brands Can Do to Level Up in Pokémon Go 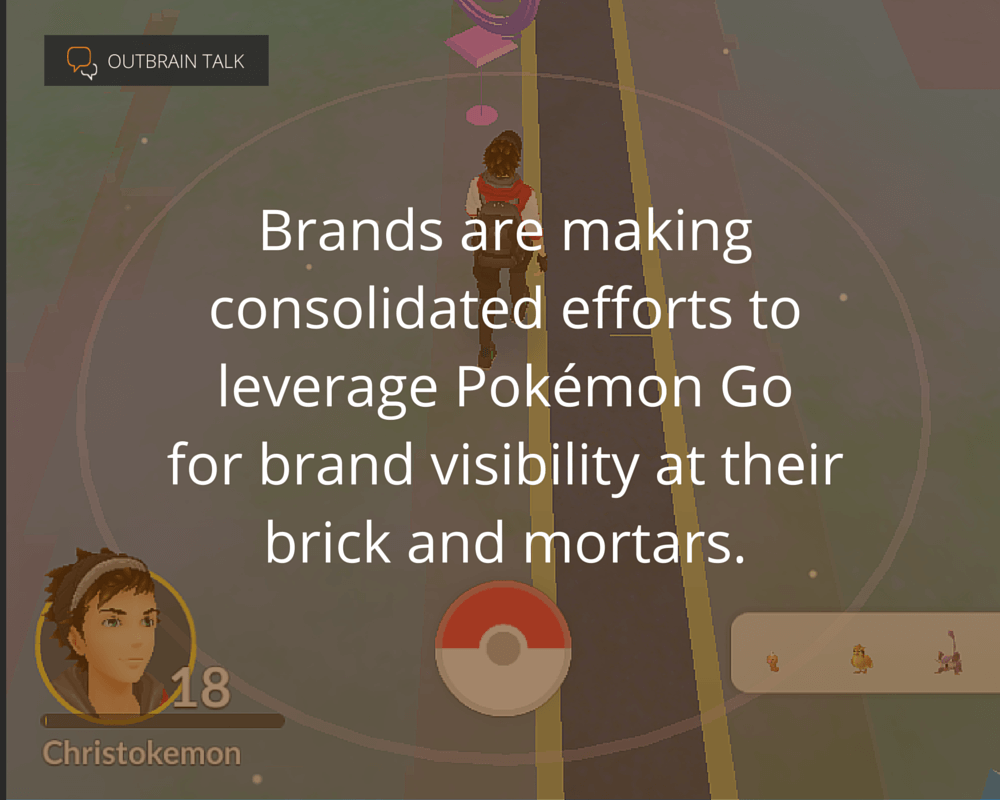 If you live in any major city, you may have noticed a lot more people actively enveloped in their phones and paying less attention to their surroundings.

At least in a realistic sense, Oké?

People tripping over sidewalks, bumping into strangers and triggering the horns of drivers looking to get their attention as they walk aimlessly through no-walk signals. Many, like me, have been waiting for enough Geodudes to evolve into a Graveler and are really starting to lose patience. Please take note, Professor Oak…

That’s because over the weekend, Pokémon Go, a new game available for free download on Android and iOS, skipped sweeping up the nation, going straight for the vacuum.

What started as a 2013 April Fool’s prank, has ended up capturing the attention of an estimated 7.5 million U.S. users at $1.6 million per day.

Okay, so what gives?

Well, after dedicating a solid 50 hours of gameplay by taking it to the streets of Manhattan, I’ll tell you.

Why Now? Why Pokémon Go?

Think about it — it’s the rebirth of an era for many who grew up with Pokémon.

More easily adaptable than dusting off our collection of old Pokémon trading cards or Nintendo Game Boys, now we can revisit our childhood favorites in an interactive, mobile content experience.

I mean, this meme says it all: 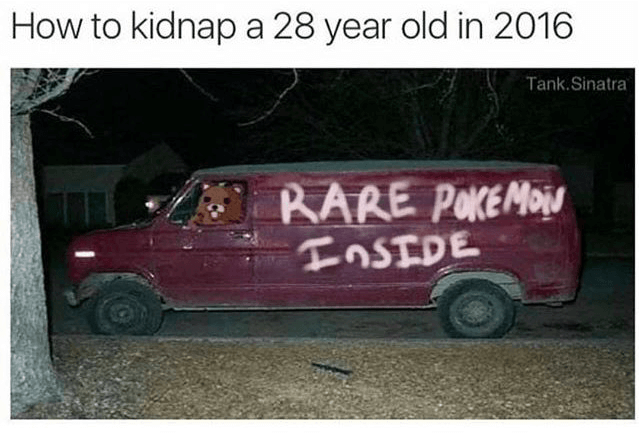 All jokes aside, the app has effectively activated users of all ages, with a versatility in gameplay that has gone unmatched. 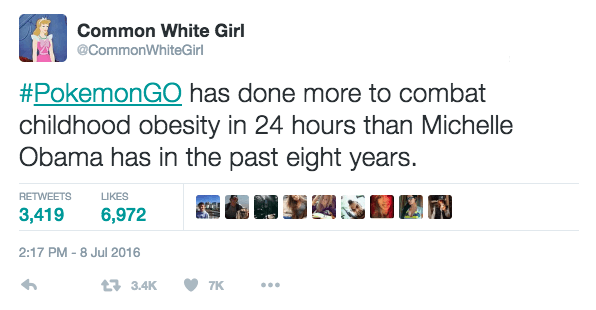 If you haven’t heard, Pokémon Go is one of the world’s first mass-market AR (augmented reality) games. Using your phone’s GPS, location-based ‘pocket monsters’ appear around you from within the app.

Encouraged to travel around the real world in order to virtually catch ‘em all and move up in rank, this is where maneuvering through a place like NYC, where I’m currently stationed as a level 18 player, has its benefits and hoaxes!

The unexpected craze has reportedly added $9 billion worth of market value to Nintendo Co. in just a few days and hasn’t been released globally, yet, nor leveraged the full extent of monetization options. I’m sure our friends at Nintendo are taking notice.

No surprise there — we’re only surprised it took so long for Nintendo to move away from the home, and into the vaunted app store.

How Can Brands Gain Visibility in this Real and Virtual World?

Given my experience collecting Pokémon from all across the city, I’ve noticed a few brands making consolidated efforts to leverage the game for brand visibility at their brick and mortars.

The social power function to Pokémon Go is in that it moves mass groups of people to pre-determined spots, or PokéStops, on a map. These beacons provide players with free PokéGear and are also hotspots of Pokémon activity for anyone in the vicinity, provided you’ve purchased utilitarian “Lure Modules” to, well, lure those Pokémon in. Ironically, it has the same effect on actual people.

At least a few coffee shops, and a clothing retailer this PokéMaster visited were conveniently placed right under these ‘stops,’ and made clear of that fact for people, not unlike myself, cruising the streets for the next catch. It didn’t hurt that these shops were purchasing Lure Modules and filling their stops throughout the day either.

Free Pokémon and outdoor seating, people, but do buy a coffee and biscotti.

For now, PokéStops are arbitrarily placed based on the skeleton of an older AR game, but when brands get the ability to purchase or develop a stop, don’t be surprised when you come across a branded McPokéStop.

While newsjacking and jumping on the hottest trends may give your brand quick boosts and afford you some relevancy in the moment, my advice to brands is to let users enjoy the experience as authentically as possible.

Consumers are savvy these days and will easily sniff out a marketing gimmick.

Here are a few things you can do to capitalize on the trend without disrupting it:

The ubiquity and craze surrounding Nintendo’s release could be short-lived, as some are suggesting. But while some users may drop off, you can expect a loyal following of players to last. The Pokémon franchise has a large fanbase. So keep an eye out for those street-wanderers well past the summer months.

As the Director of Business Development for Outbrain Engage, Christo spends his days managing key partner relationships, identifying emerging opportunities and trends in an ever-changing publisher environment. And there's nothing he loves more than puppies, kittens, and burgers, except good content, of course.